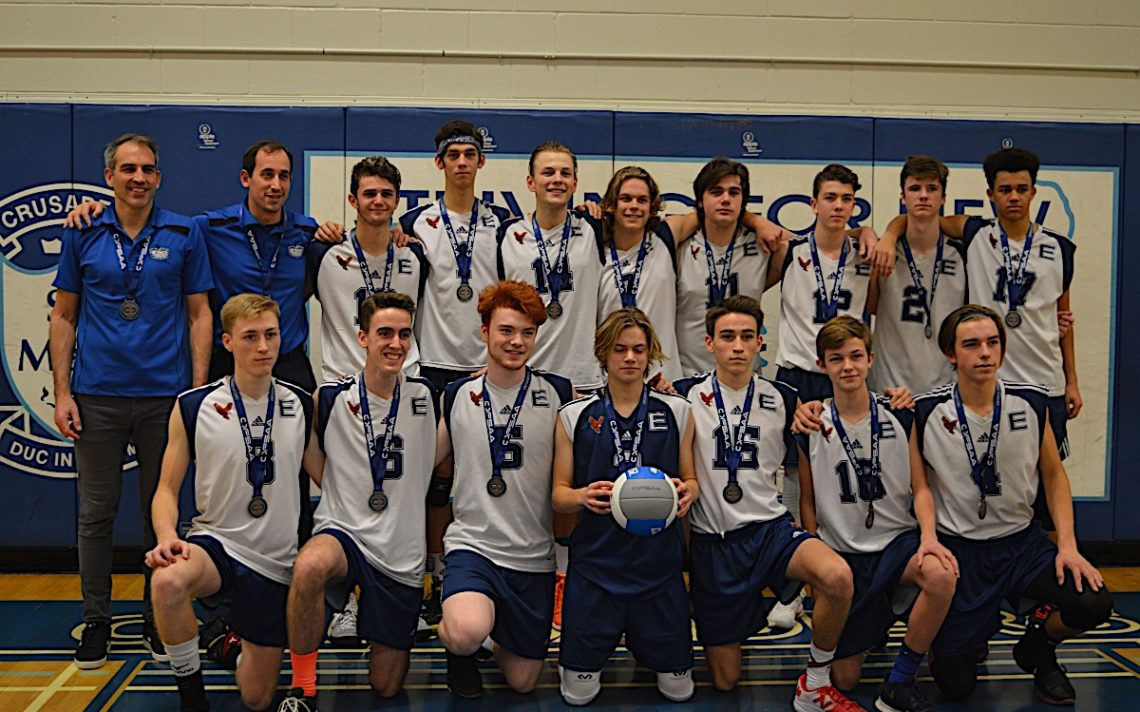 “I was pleased with our performance overall. I honestly thought we had a shot but they were just a powerhouse,” Eden coach Bill Markham said.

Bill Markham, who took over as head coach of the program from Albino Pereira two years ago, said the Flyers had trouble with Stratford all year.

“Hats off to Stratford. They didn’t lose to anybody. It’s not like we lost to a weaker team,” Markham said.

The Flyers lost in three straight sets but regrouped after a tough start to give Stratford a run for their money.

“Stratford were really big so my guys fought hard. We just got overpowered by their offence,” Markham said. “I took a time out and sometimes you just meet a team that is really strong. I told them I just want you to fight, don’t quit. You deserve to be here and don’t give up. They rallied and we came out with our heads held high.”

The Flyers went into the tournament ranked third and Markham reminded his players how hard it is just to qualify and be one of the best 16 in the province.

“It’s never easy. I always remind my boys it’s a privilege to be here. There are hundreds of teams and only a few get to go and to take no moment or opportunity for granted.”

The Flyers finished first in their pool with a 4-0 record.

“We had a really good round robin. We got pushed a little bit but whenever we need to buckled down and the boys performed,” Markham said.

The Flyers then knocked off L’Escale of Ottawa 25-23, 25-21, 25-22 to advance to the semifinal where they defeated Franco Cite of Nippissing.

“Franco Cite are such a good team and are so well coached we had to be more physical and rely on our power a bit more,” Markham said. “I was really proud of my guys that we were able to adapt to each team we faced and trusted each other and the system.

“The theme was trust the process, trust what we do really well. We’re not the biggest team but we just committed to a system and we ran it and it worked really well.”