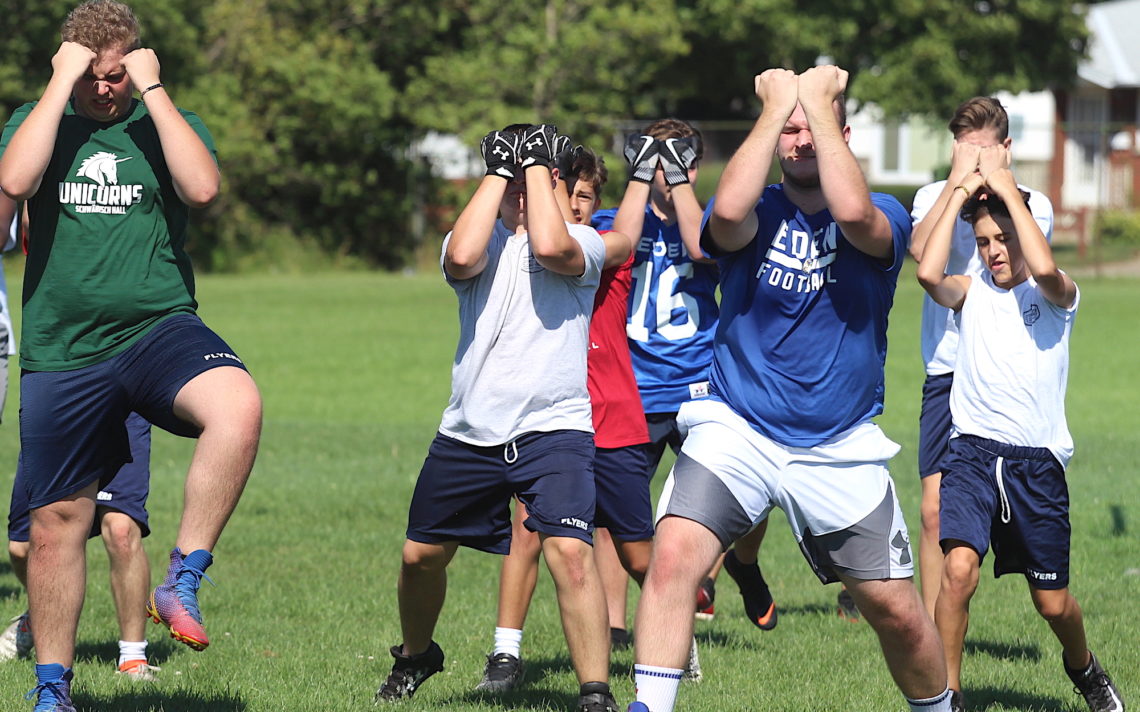 Flyers preparing for next step

Jordan Smith is eagerly anticipating the start of the high school football season.

“We’re feeling very good,” said the head coach of the Eden Flyers senior squad. “I think we’ve got 40 to 45 kids between junior and senior so it’s depth we’re not used to, but we’re excited about.”

Eden has also been proactive about building up its football program. During the winter, it ran a once-a-week camp in February for incoming Grade 8 and Grade 9 students.

“It was to get us known out in the community,” Smith said.

“It was good to see how we fit in the grand scheme of things in terms of our skill level,” he said.

Next up on the agenda is an off-season weight training program for its players.

“We are trying to get there, but for us it is a matter of having a volunteer to help coordinate it,” Smith said. “Having a really good off-season plan is our next step.”

“I would love to play a game at Tim Hortons Field for an OFSAA Bowl,” Smith said. “That would be the highlight of my coaching career.” 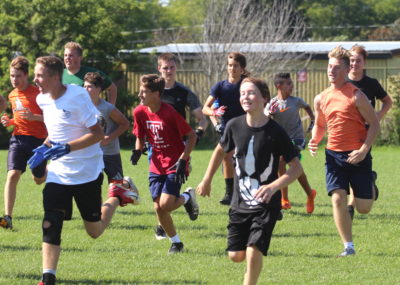 With Eden now in its third year of running a junior football program, he feels Eden is inching closer to playing in Division 1.

“This year is going to tell us a lot about where we are at with our program,” Smith said. “This is the first year we are going to have kids who have played junior for two years coming into Grade 11.

“We will be able to estimate the overall strength of our program and we only have one way to improve on last year and that’s winning our last game.”

Eden lost 14-7 to Grimsby in the NRHSAA Tier 2 championship game.

“We missed tying the game by about three yards so that’s our goal,” he said. “We want to be back in that game and try and win it this year.”

From what Smith understands, the Tier 2 league will consist of Eden, Thorold, Governor Simcoe and St. Catharines and Tier 1 will be made up of A.N. Myer, Greater Fort Erie, Centennial, Sir Winston Churchill, Westlane/Stamford and Grimsby. The two lowest teams in Tier 1 will move down and compete against Tier 2 squads in the playoffs.

“It’s unfortunate some teams might lose a game or some teams might not make the playoffs, but to have that comparison game and see how we match up against the top tier is really going to indicate how we would fare moving forward,” Smith said.

A key piece for Eden this season will be 12B player Cole Parkin.

“Cole took it upon himself to go out with the Spears and learn more about the game,” Smith said. “And he spent the summer getting to know our playbook so he could be a leader on the field and teach the guys that might be new.”

Parkin has also told the coaches he is willing to play wherever they need him.

“He’s an athlete,” Smith said. “He’s smaller, but he’s quick, he has a good football IQ and we can rely on him to do whatever we need him to do.”

Last season, Parkin was an impact running back for the Flyers before breaking his leg in the third game of the season.

“That kind of killed me because I also play hockey as well,” the 17-year-old said of the season-ending injury. “It is really motivating — I also played Spears this summer — and I am just trying to pick up where I left off last year.”

“I know I made an impact last year, but I want to show that I am even better this year,” he said. “I want to play an even bigger role this year and become more of a leader.”

To that end, he ended up reading the team’s playbook more than 100 times this summer.

“I feel a lot of the juniors don’t really read it so I want to be the one who is confident and if anyone needs to know anything they can just come to me or the coaches.”

He agrees reading the playbook wasn’t the most pleasurable way to spend the summer.

“It was kind of like homework,” Parkin said. “I didn’t really have a lot to do this summer other than work and hang out with friends so it was something to keep me reading.”

His goal is to help his squad return to the championship game.

“Last year we made it, but it really sucked because I was out and didn’t get to play,” he said. “I was actually thinking of trying to get my cast off sooner so I could play.