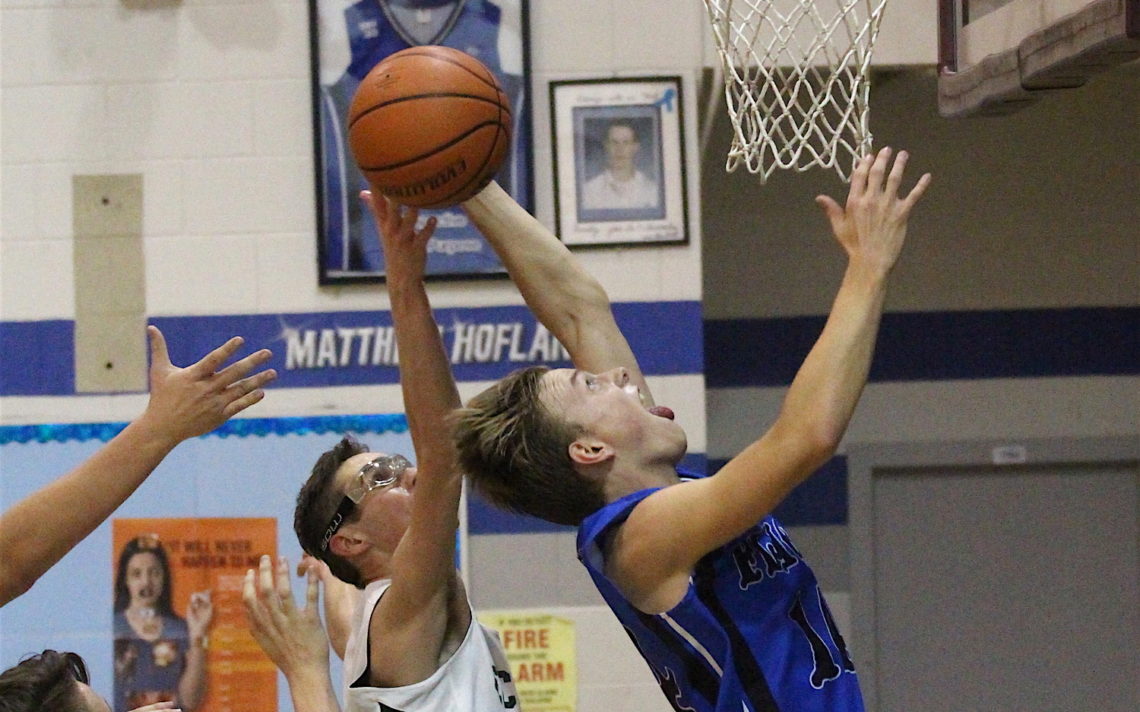 He’s a leader on and off the court, he handles the ball, he’s a solid defender and scorer, and he’s also an interpreter. Interpreter? Yes, you read that right.

The 18-year-old is quick to help out when Eddie Zhou, who came to Canada from China two years ago, is confused.

Early in Eden’s 49-19 victory over the Laura Secord Patriots Tuesday in the Standard High School Basketball Tournament consolation quarter-finals, Gilbert could be seen talking things over with Zhou in a corner of the gym.

Gilbert can relate to being new in Canada. He was born in Grimsby before his family moved to Australia. The family returned to Canada two-and-a-half years ago.

“It was family and work that we decided to come back,” Gilbert said.

The 6-foot-2 forward played travel basketball in Australia before he came to Canada.

“It’s pretty similar but the rules are a little bit different and it’s a lot more competitive over here, especially school basketball,” he said. “It’s taken really seriously but it’s a lot of fun.”

The Canadian brand of hoops is also a lot more physical than Down Under.

“It’s harder to get a call here, that’s for sure,” Gilbert said, with a laugh.

MacIssac describes Gilbert’s return to Canada as an awesome gift.

“It took me a while to figure out his role,” he said. “He is a really good defender and his length and quickness are excellent. I think he has a shot at playing in college.”

Gilbert has had to step up and take a bigger role with Eden this season.

“He has been really good this year,” MacIssac said. “We lost a lot of guys who have been playing basketball their whole lives and we have more of an inexperienced team this year.

“Ryan has been so good at practice helping out and explaining things to the younger guys.”

It’s a role Gilbert has excelled at.

“He has really flourished in a leadership role after being in the shadows the last couple of years,” MacIssac said.

Gilbert is comfortable with the added responsibility.

“In Grade 11 and 12, we had a group of three or four solid players who could always handle the ball but this year it’s a bit different, especially being 12B,” he said. “I enjoy coming out and being able to take charge with the ball. It’s fun.

“It’s also fun to dish it out and see the guys hit a few threes.”

Laura Secord was in tough versus Eden but played hard.

“That was our fourth game this year and most of the teams are in the eighth or ninth games,” Secord coach Derek Boal said. “We had limited practice time so the boys put out a good effort and tried really hard.”

The Patriots are learning as they go.

“It takes a longer to get better because except for three guys they’re all in Grade 11 and some haven’t played since Grade 10,” Boal said. “We need to cut down on the turnovers, keep working on the positives, move our feet and play defence.”

The St. Catharines Collegiate Saints erased a 23-20 halftime deficit by outscoring the Blessed Trinity Thunder 37-20 in the second half on the way to a 57-43 victory Tuesday in the Standard consolation quarter-finals.

BPSN Star of the Game: Eden’s Eddie Zhou with 10 points.

Up next: In consolation semifinal action at St. Catharines Collegiate Thursday, Greater Fort Erie and Collegiate will play at 3 p.m. and Eden and Lakeshore Catholic will see at 4:30 p.m.