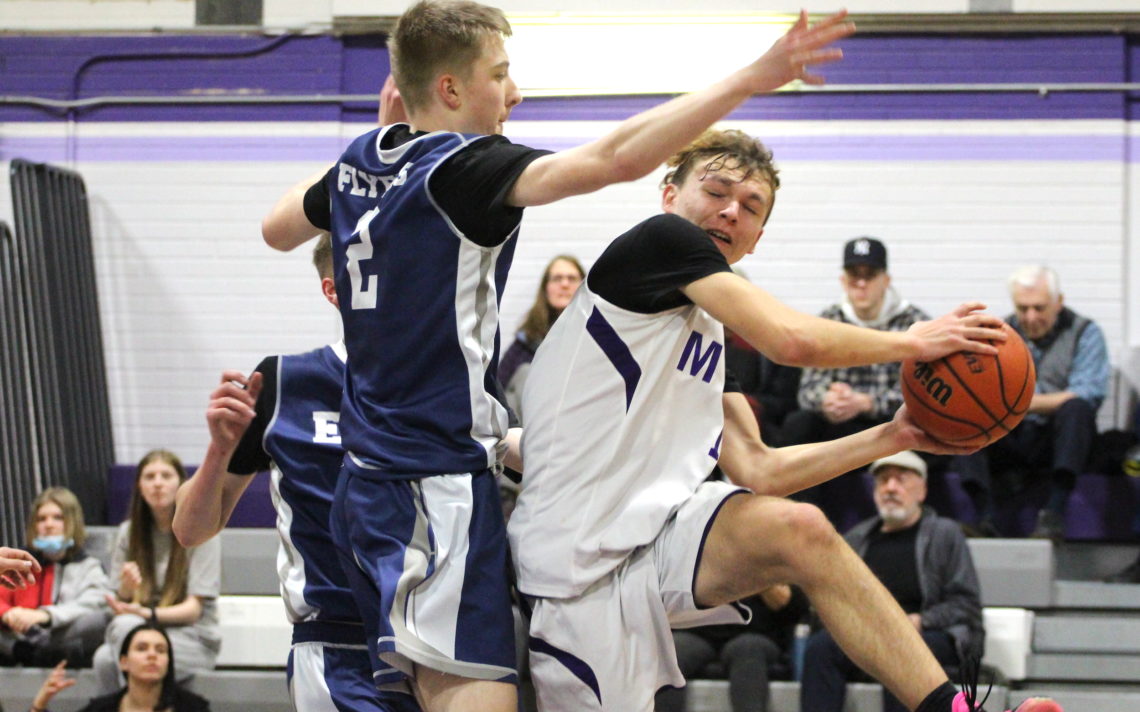 The Eden Flyers raced out to an early lead and then had to hold off a furious late rally to defeat the A.N. Myer Marauders 69-60 in the championship quarter-finals of the BPSN Best of Niagara Boys Basketball Tournament Tuesday at Myer.

The Flyers now take on the St. Francis Phoenix Wednesday in one of two senior semifinal championship round matchups. The Sir Winston Churchill Bulldogs square off versus the E.L. Crossley Cyclone in the other.

The Flyers led 34-26 at the half and 54-38 after three before Myer guard Manny Maynard went on a run with four three-pointers in the final eight minutes to finish with nine treys and 33 points overall.

“What I think happened is Manny literally had the best individual effort we’ve seen all year, by far,” Eden coach Jonathon Thorpe said. “He was awesome.”

The Flyers bent, but didn’t break.

“What I liked about what we did was we stayed composed, that was the biggest thing,” Thorpe added. “We had our moments but never did we completely lose composure.”

“Incredible effort there in the second half,” he said. “We came out again in the second half trying to focus on some things. In this case it was just trying to box out and try to limit the offensive rebounds. Eden is a very big team and they’re talented.

“We tried our best. Manny went on a nice little solo run there. Happy with the comeback and happy with the effort. It just didn’t go our way today.”

One of the main reasons for Eden’s early lead was the play of 17-year-old, Grade 12 student Ben Johnson, who collected all 13 of his points in the first half.

“In the first half in particular, if we didn’t have Ben it would have been a very different score,” Thorpe said. “He had an awesome game and hit some open threes and got some offensive rebounds that were really timely as well.”

Johnson, who formerly played at the club level with the Niagara Rangers, is content to be a role player.

Johnson admitted it wasn’t easy to watch as the Flyers mounted their comeback.

“It was difficult. We put our heart into it and we were able to play and finish off strong,” he said.

Johnson was thrilled when the Flyers entered the BPSN tournament after having their regular season end with a loss to the Bulldogs in the Zone 4 senior AAA final.

“It feels great. With a year off basketball it’s definitely good to get back into it and have games like this,” he said. “I just love the game and being around the guys again and just come out and play.”

Johnson is now looking forward to playing in the Final Four.

The Holy Cross Raiders advanced to the consolation round semifinals with a win over the Greater Fort Erie Secondary School Gryphons. 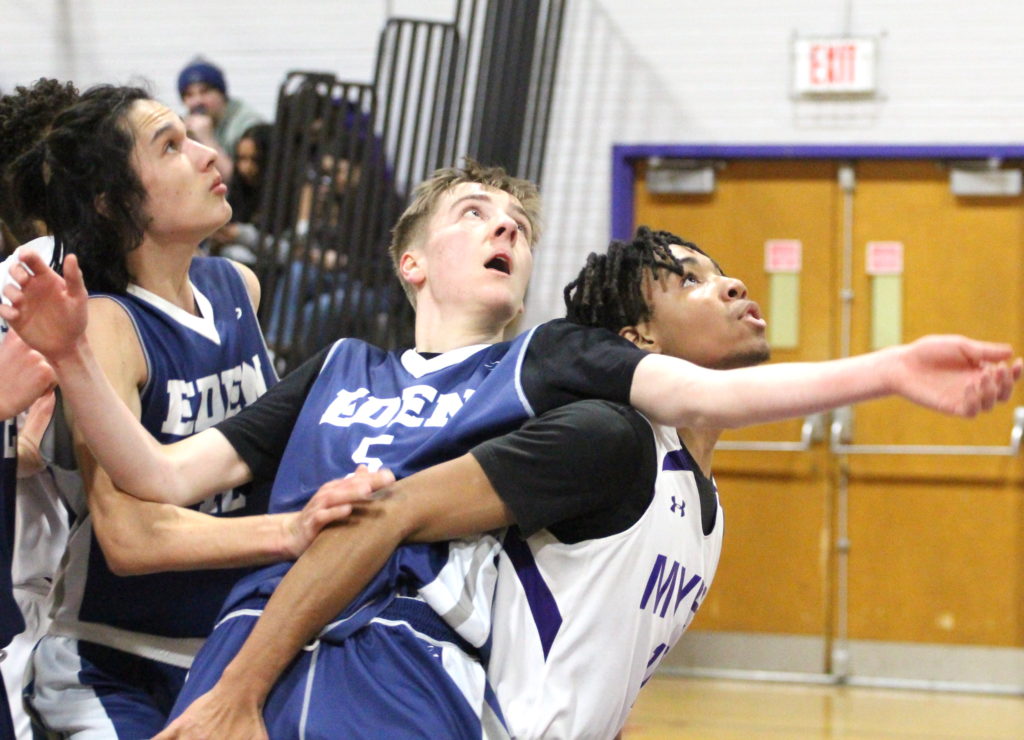