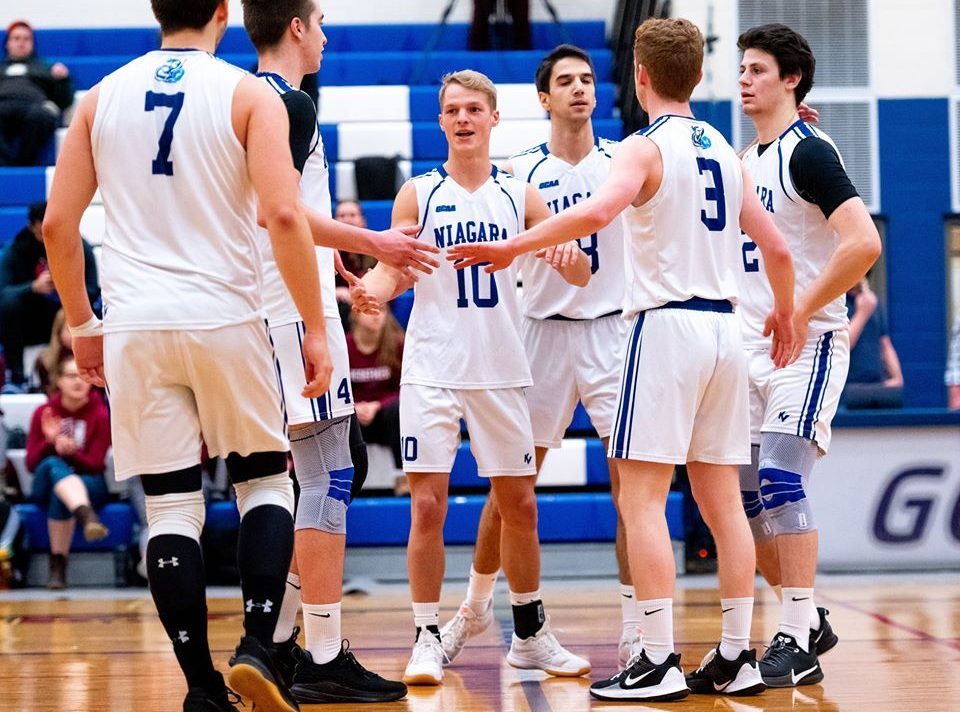 A 3-0 (25-11, 25-16 and 25-21) sweep of the Georgian Grizzlies in Ontario Colleges Athletic Association cross-over play has advanced the Niagara College Knights women’s volleyball team to the OCAA championships.

Last year’s OCAA silver medalists were able to rest some of their starters in the victory over the Grizzlies (11-7).

“All year we’ve had a philosophy of next Knight up,” Niagara head coach Steve Dow said. “For the second weekend in a row, we’ve had starting players fighting injuries.”

Dow singled out the play of Brooke Parkes, who recorded 11 kills, a solo bock and two service aces.

“As a team, we did a pretty good job forcing Georgian to play into our teams strengths,” he said. “We forced them to play out of system and that allowed our blockers to have the advantage taking away shots and funnelling balls to our strong defenders.”

Niagara opens the OCAA championship against the unbeaten Durham College Lords (18-0) and Dow believes his team will rise to the challenge.

“We still need to show a higher level of consistency throughout the match,” he said. “We are about to go play one of the nations top teams and we will need to put our best effort forward. Durham’s a great team, but I think we match up well against them.”

A 3-1 (23-25, 26-24, 25-9 and 25-17) victory against the George Brown Huskies in OCAA cross-over action has advanced the Niagara College men’s volleyball team to the OCAA championships in Peterborough.

The Knights are looking for their first OCAA medal since the 2014-15 season.

Niagara finished the regular season with an 8-12 record while Mohawk fell to 13-7.

“This was an outstanding team performance in our last regular season game,” Niagara head coach Phil Mosley said. “Our team defence was very solid and the offensive contributions made by Lequan, Rahim and rookie Reese Radobenko allowed us to seal the victory.

“We came out in the second half and played with heart and intelligence to hold off a late Mohawk surge.”

Earlier in the week in its final home game of the season, the Knights dropped a 91-70 decision to the Redeemer Royals (15-5).

“We were in tough tonight against a strong Redeemer squad,” Mosley said. “We needed to be solid on both ends of the floor and get major contributions from some young players who are still developing and learning the pace of college basketball.”

Niagara will play at the George Brown Huskies (17-3) Saturday in cross-over action with the winner advancing to the OCAA championships.

A 79-49 win over the Redeemer Royals in its final home game of the regular season has qualified the Niagara College women’s basketball team for the OCAA playoffs.

Niagara closed out its regular season with a 4-14 record following a 88-59 loss to the Mohawk Mountaineers.

The Knights will play the Algonquin Thunder (15-1) in a crossover game Saturday at 2 p.m.