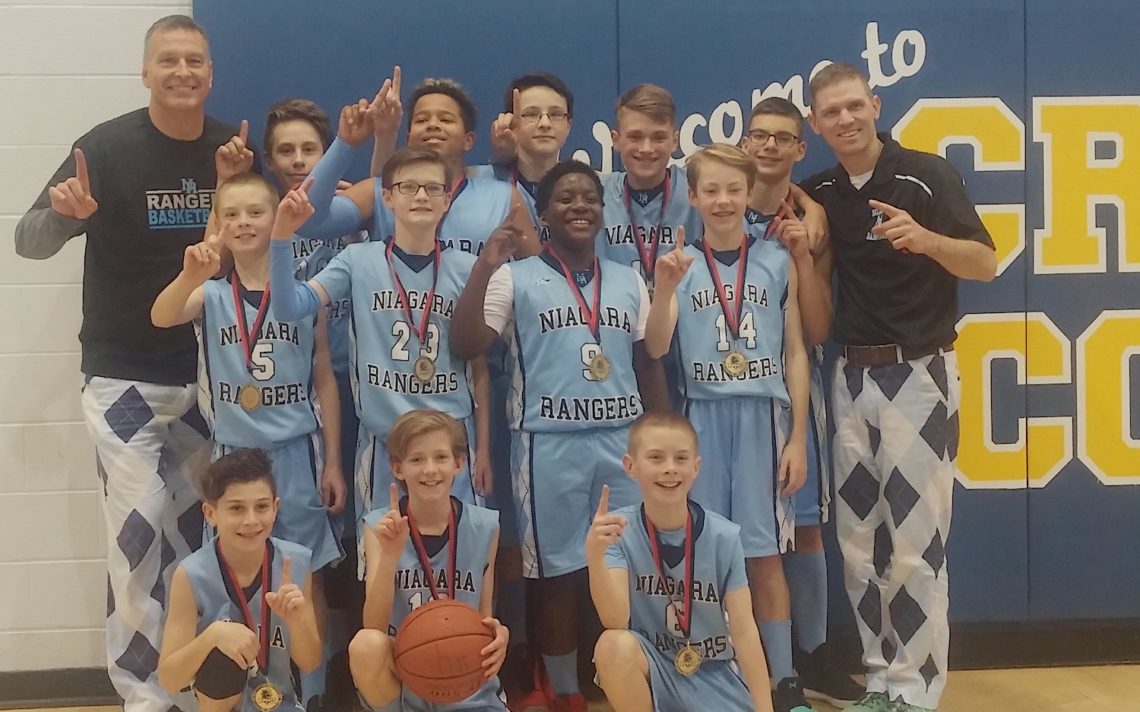 It was a pure gold weekend for the Meridian Niagara-on-the-Lake Rangers bantam boys basketball team.

The squad travelled to Guelph and returned CYO Knights Tournament champions after besting the host squad 57-40.

The Rangers’ road to the final included an opening game 29-24 win over Sarnia in a tight defensive struggle. Later that day saw the Rangers secure a narrow 56-52 victory over rivals Brantford, but not before withstanding a late-game surge by the opposing side.

In the Sunday final, the Rangers proved poor guests after opening up an eight-point first quarter lead over the hometown Knights and never looking back. Forward Owen Cuthbert and guard Anthony Price paced the Rangers scoring with 13 and 12 respectively.

“We are really proud of all these boys,” head coach Eric Weinert said, following the tournament medals presentation. “Almost half of them are new to organized basketball and the team’s development since September has been incredible.”

The win represents the Rangers’ second tournament medal performance this season after securing bronze in their own War of 1812 Tournament in Niagara-on-the-Lake in January.

Next action is the annual Blessed Sacrament Tournament Feb. 23 to 25 in Hamilton.

The Saint Michael Mustangs raced out to a 21-5 first-quarter lead and never looked back as they upset the Denis Morris Reds 52-45 in quarter-final action in the Niagara Catholic Athletic Association senior boys basketball playoffs. 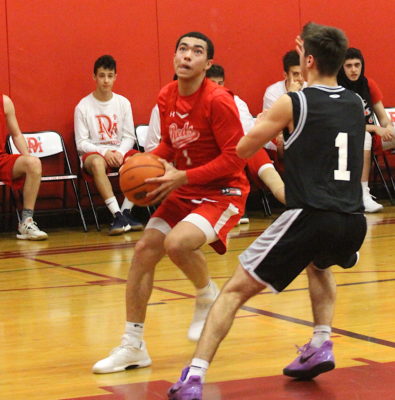 “They jumped on us right away and we worked hard, but couldn’t overcome that first quarter,” Reds coach Randy Conlon said. “We got it down to three in the fourth quarter, but it was simply too little, too late.”

The Reds managed to chip away at the first-quarter lead and trailed 37-26 headed into the half time break.

“We woke up a little bit in the second quarter and battled like crazy in the second half,” Conlon added. “I was pleased with our overall effort. The kids never gave up.” 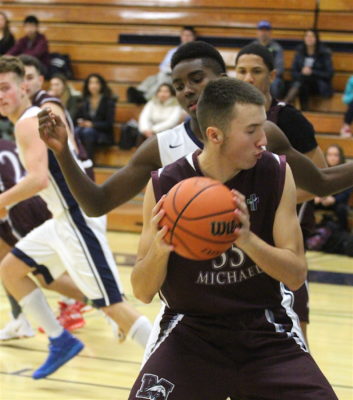 Jomer Mateo led the way for the Mustangs with 19, followed by Dusan Krkljus, Oreyn Hall and Hayden Spelier, each with eight. R.J. Mateo tossed in six and Cole Callahan added three.

Leading the way for Denis Morris was Michael Conlon with 14. Noah Honsberger had a dozen, followed by Mitchell McArthur with nine. Michael Cassidy had six and Max Grant rounded out the scoring with four.

On the right side of our web site, you will notice a yellow SUPPORT US button. The button must be accessed from a lap top or a computer. It does not work on mobile devices.

We truly believe in this project and would love nothing more than to continue to be the best source in Niagara for local sports coverage.

Your interest and financial support are greatly appreciated.