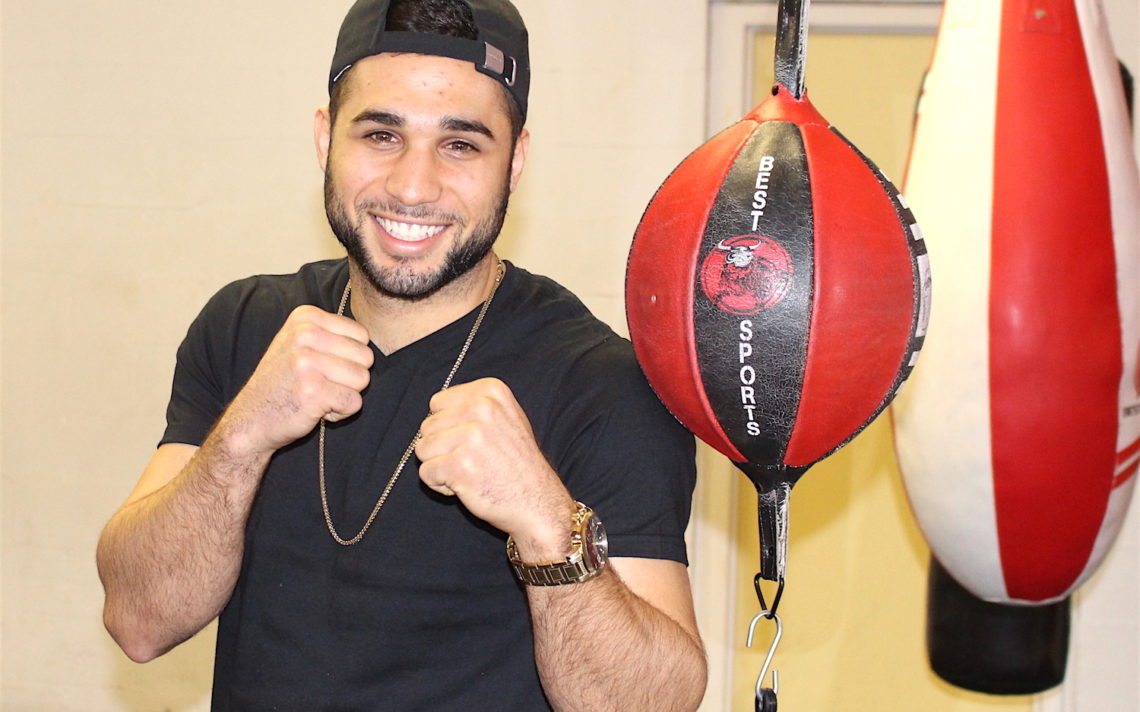 Lucas Bahdi ended one and a half years of frustration by winning the 60-kilogram division of the Canadian senior boxing championships in late March in Edmonton.

In the process, the 24-year-old Niagara Falls native was named the boxer of the tournament.

“It was a good feeling winning that because there are so many fighters in the tournament and to be picked No. 1 is definitely a big deal,” the A.N. Myer graduate said. “And it was good to beat (Luis) Santana for a second time because he took my spot last year.

“This year, there is no way I was letting him take my spot.”

Bahdi opened the nationals with first-round knockouts of Preston Lachance and Feysal Mohammed before recording a 5-0 decision versus Quebec’s Santana. 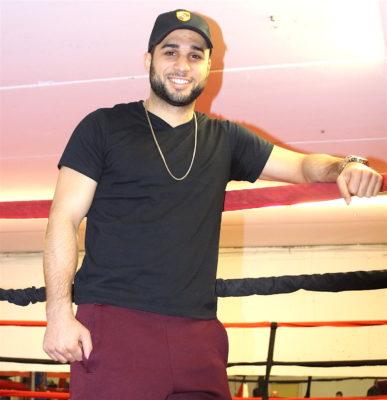 “We had the fight of the tournament and that kid gave me a really tough fight,” Bahdi said. “The first round was really close — he won the first half and I won the second half — and then I started to take over in the second round.

“I hurt him with a couple of shots and I was so confident I was going to finish him.”

But Santana hung in.

“That kid is tough man,” Bahdi said. “He took some big shots and he’s a really good mover.”

In the final, he recorded a 4-1 decision over Stephen Ryan of the St. Catharines Amateur Boxing Club, the 2018 provincial champion.

The victory put an end to a difficult time in Bahdi’s career which started with his quest to represent Canada at the 2016 Summer Olympics Rio de Janeiro.

As the defending national champion, he went into the Olympic trials as the top seed, but hurt himself in sparring a week before the event.

“I send in a doctor’s note and I did everything I was told to do by the national team coach and the day before the competition started he told me there was nothing he could do and I lost my spot.”

Bahdi won the nationals again that year while David Gauthier, the bronze medallist at the 2015 nationals and the winner of the Olympic trials, headed to the first international Olympic qualifier hoping to earn a berth in the Olympics. Gauthier hurt his shoulder in a semifinal loss.

Meanwhile, Bahdi represented Canada in a dual meet versus Germany. He says that he and other boxers were told their performances at the dual meet would determine which fighters would go to the world championships in June, the final Olympic qualifier.

Bahdi knocked his opponent out in the second round and was one of only two of 10 Canadians boxers to win a fight versus the Germans. The other was Toronto’s Arthur Biyarslanov, who represented Canada at the Olympics.

“I was happier than ever,” he said. “I was going to the world championships and this was my chance to qualify for the Olympics.”

But weeks went by and Bahdi heard nothing. Two weeks before the worlds, he was told he wasn’t going.

“I lost it. I was going crazy because I had done what I needed to do.”

Once his Olympic dream ended, Bahdi stopped worrying about maintaining his weight and started to enjoy himself in the food department. Two days later, he received another letter saying he still might be going to worlds if Gauthier’s shoulder didn’t heal. He quickly had to get back in shape and make weight.

“I was on a rollercoaster and it was just crazy,” he said.

But the roller coaster took one final plunge when he was never told whether he was going.

In 2017, he won his first fight at nationals, got a bye into the semifinals where he beat Santana by unanimous decision. In the final, he lost a 2-1 decision.

“I felt I won, but sometimes you don’t get those decisions,” he said.

Boxing Canada then selected Santana for the national team.

“Last year, I stayed at home while they all travelled and fought internationally.”

But rather that sit around and feel sorry for himself, Bahdi got super busy in the ring.

“I went to some big competitions and tried to get as many fights as I could this year just for the experience,” he said. “I had 13 fights in 2017 and I scored 11 knockouts.

“I made the adjustments that were necessary and I am knocking a lot more guys out.”

In his last 10 fights, he has recorded eight knockouts.

Bahdi isn’t sure what international assignments he will get this year and he will have to wait and see what is in store for him. He received carding money from the government in 2015 and 2016, but lost his carding after placing second at the 2017 national championships. Bahdi is hoping to regain his funding, but will have to move to the national training centre in Quebec to be eligible for the money.

“At the end of the month, I have physical testing in Montreal and I will find out then when I have to be there,” he said.

It will be a difficult, but necessary decision.

“I will have to leave everything. I have to leave my job, my family, my friends and I have a condo here that I am paying a mortgage on,” he said. “It’s not just pack up and go. I have a lot of responsibilities here but at the end of the day, the 2020 Olympics is my first priority. I have to do whatever I need to do to get there.”

“I don’t want to have to worry or plan anything about that yet,” he said. “After 2020, I can take some time to think about it.”

His motivation to continue boxing is simple.

“It’s what I love to do and I am very determined when I want something,” he said. “I just do it and I do all the necessary things to get there.”

He trains six times a week at the House of Five Boxing Club in Niagara Falls and at White Oaks. He is coached by Willis McManaman and the two have been working together for the past 15 months.

“Lucas is one of the very best fighters in the world in his weight class which sounds like bragging, but he literally is,” McManaman said.

“The things about Lucas are his athleticism which is through the roof — this kid can do any sport — his discipline which not one athlete in a million has, and his desire to compete is like nothing you have ever seen.”

McManaman feels Bahdi needs more international experience to take the next step as a boxer.