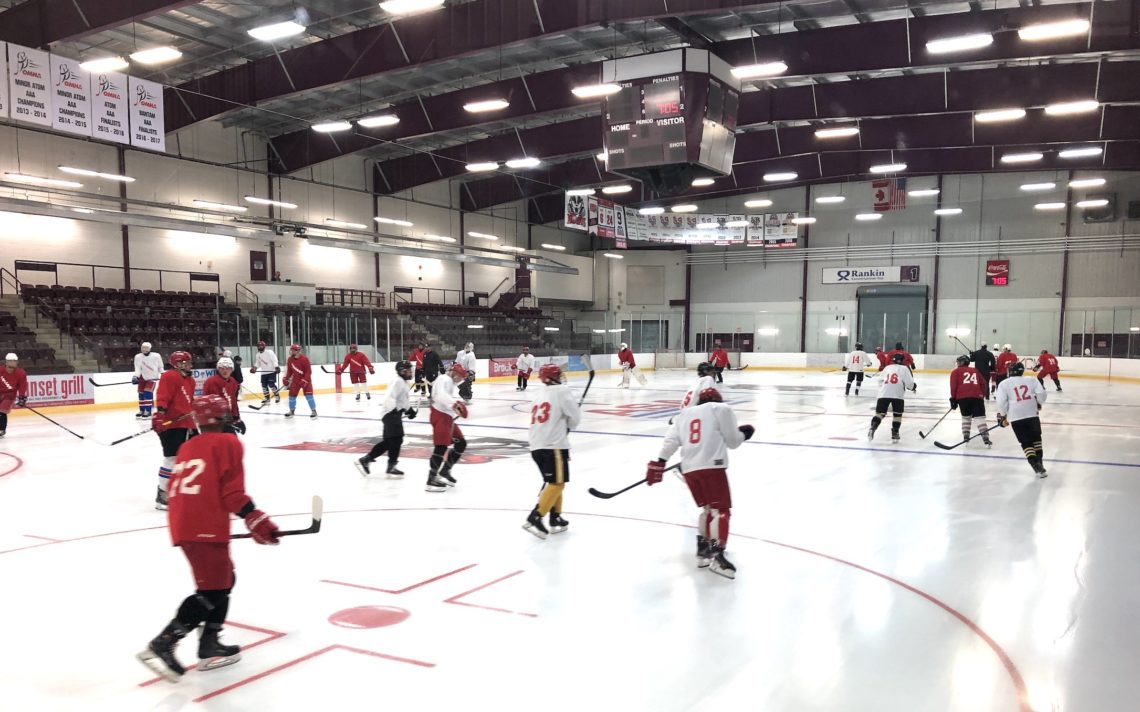 The St. Catharines Falcons opened training camp this week as new head coach Tyler Bielby and his staff hit the ice Tuesday at the Seymour-Hannah Sports Complex with 35 players in camp, including four goaltenders.

“It’s a good, manageable amount,” Falcons general manager Frank Girhiny said. “We’re going to be able to watch how players are skill-wise and their compete level before we put them into a game.”

Girhiny said Bielby has designed the practices to showcase skill.

“His (Bielby) practice plan showed he has guys working in stations and we’ll be able to see who has good skill. There’s pretty much no hiding. It’s not just a scrimmage and skating around. We want to see how they make passes and play in tight quarters.

“We’ll see who likes to compete and who doesn’t in practice as well. We always stress practices are the hardest part. The games are easy.” 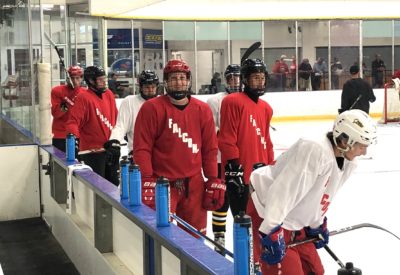 The Falcons open their exhibition season Wednesday versus Welland at the four-pad at 7:05 p.m. followed by a rematch with the Junior Canadians Saturday at 11 a.m. at the Gale Centre in Niagara Falls as part of the Canucks pre-season tournament. The Falcons then host the Caledonia Corvairs Tuesday, Aug. 27 at 7 p.m. at Jack Gatecliff Arena followed by a game in Caledonia Thursday, Aug. 29.

Girhiny said those games will go a long way in helping shape the final roster.

“We have to see guys, especially the guys that haven’t played with the team before, and the young guys and see how they play when the game is a little bit quicker and more intense,” he said. “It’s going to give us an opportunity to see who can play under pressure and who can make the right plays at the right time.”

Girhiny said he hopes to have the bulk of the team picked going into next Thursday’s game in Caledonia.

The Falcons return several key players from last season’s team which lost to the Niagara Falls Canucks in Game 7 of the Golden Horseshoe finals.

The Falcons lost both their goaltenders from last season — Noah Battaglia to Dalhousie University and Jack McGovern to the Prince George Spruce Kings of the British Columbia Junior League — and have replaced them wth former Sting netminder Blair Coffin, a native of Dunnville, as well as ex-Fort Erie Meteor Ethan Cook.

As far as the rest of the roster, Girhiny said they are looking at filling four or five spots.

“We need to find some depth. We’re not as deep as we were in previous years but things have changed,” he said. “The landscape of junior hockey has changed with so many leagues out there. There are different types of tiers. It’s been quite a grind.

“We have a lot of returning players coming back and we were able to find some pretty good players to start up. We still need to find a few more players to get to where we want to be.”