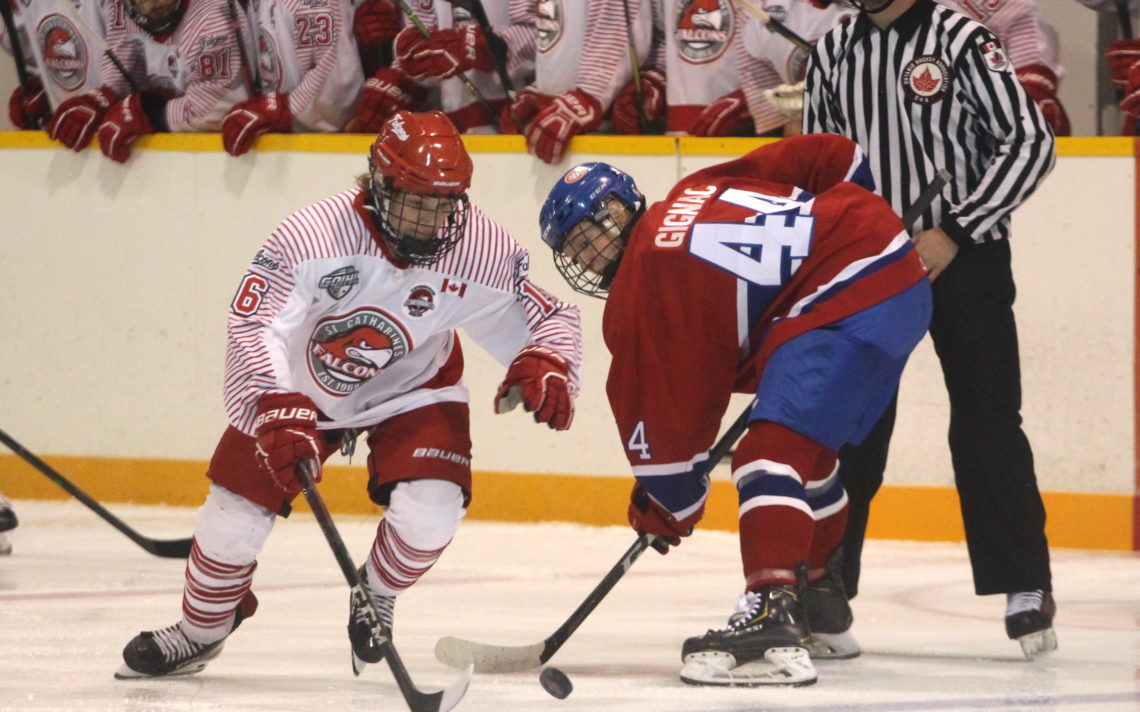 The St. Catharines Falcons have high expectations for Jonah Boria this season.

The veteran defenceman has the skill set to be an impact player on the blueline, both offensively and in his own end.

The 19-year-old Grimsby native shook off a rough first period to collect a goal and an assist as the Falcons blanked the Welland Junior Canadians 4-0 in a Greater Ontario Junior Hockey League, Golden Horseshoe Conference game Friday night at Jack Gatecliff Arena.

The Falcons improved to 7-2-0-1 and are now tied with the Niagara Falls Canucks for first place with 15 points each. The Canucks, who defeated the Caledonia Corvairs 4-1 Friday, have played one more game.

“I think the expectation for Jonah is to be the best defenceman in the province,” Falcons coach Tyler Bielby said. “He has the tools to be that guy. His feet are at a different level. So when he puts it all together, that’s fun to watch.”

Boria has elite speed and offensive capabilities, but is still sorting out when to use those skills.

“That’s what it is, it’s knowing when to dish,” Bielby said. “At the end of the day, I haven’t seen many guys in this league be able to break out their team just by themselves at times when they want to. We get in trouble and he decides he wants to bring the puck out of the zone, he skates it out.

Boria, who also rang a slapshot off the post behind Welland netminder Keegan Jackson following an end-to-end rush in the third period, admits it’s a fine line to walk, knowing when to rush the puck, and when not to.

“Of course my priority is I’m a defenceman at end of the day, but if I can contribute offensively, I’ll try my best,” he said. “It’s a fine line. Tyler’s really trying to push me to be the best player I can be and I appreciate it, but sometimes I take it too far, sometimes I make mistakes, and that’s going to happen.

“I’m going to keep doing what I do and I’m not going to change my game, but it’s a fine line.”

Boria, who is studying kinesiology at Brock, is thrilled to be back playing after last season was wiped out by the COVID pandemic.

“It was tough for everybody,” he said. “We bleed this game so we want to play it.”

Following a scoreless first period, the Falcons netted two in the second period and two more in the third. They outshot the Junior Canadians 32-17 and dominated territorially for much of the 60 minutes.

“I think that the cycle is a bigger thing in that the more time we play in their zone, the less time they play in ours,” Bielby said. “When we’re cycling, wearing teams down, and we get goalies looking over their shoulders  by the time you get to the second and third period, the hips start to get sore on goalies.”

Andrew MacLean continued his stellar play in goal for the Falcons picking up his third shutout of the season in his seventh game. The former Niagara IceDogs backstop has a 0.99 goals-against average and .964 save percentage.

Mihailo Corovic turned back 29 of 30 shots to lead the Niagara Falls Canucks past the visiting Caledonia Corvairs Friday night at the Gale Centre.

Ethan Doyle replied for the Corvairs.

St. Catharines Falcons defenceman Jonah Boria with a goal and an assist.

For the Welland Junior Canadians: No scoring.

Up next: The Falcons are in Thorold Monday and home to Pelham next Friday. 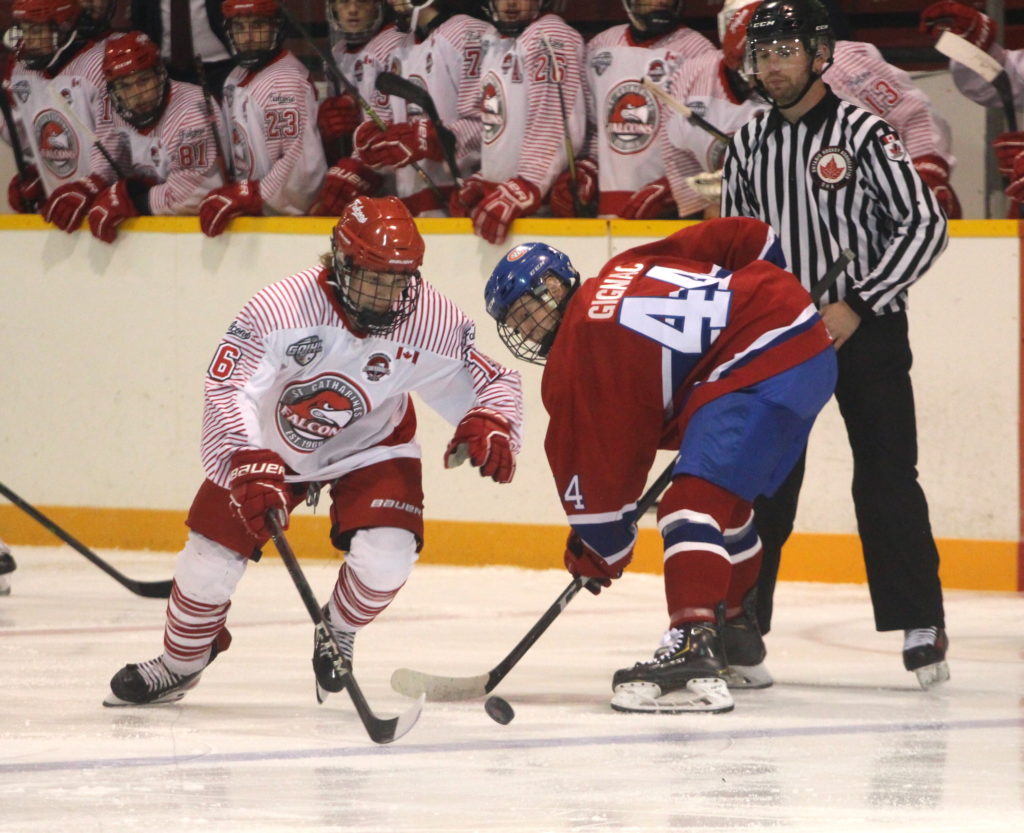 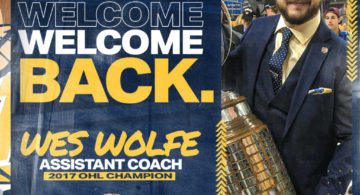 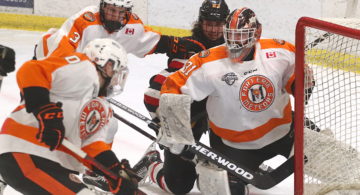 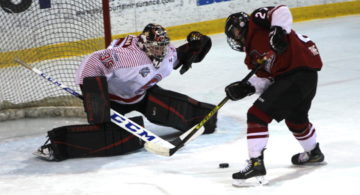