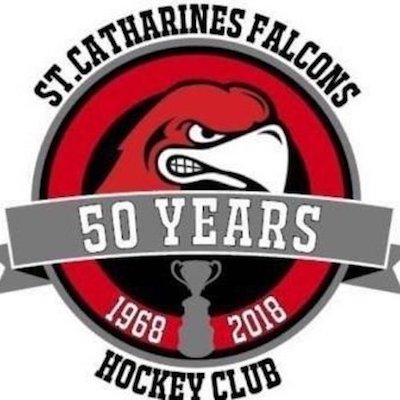 The St. Catharines Falcons fell behind early and never quite recovered as they dropped a 5-2 decision to the Caledonia Covairs in Greater Ontario Junior Hockey League, Golden Horseshoe Conference play Saturday at the Haldimand Centre.

It was the first win for the Corvairs over the Falcons this season. St. Catharines had won the first three matchups.

“We started off very slow. We lost foot races and puck battles, and made slow decisions,” St. Catharines coach Dan Fitzgerald said. “The price we paid for that was a 4-0 deficit at the halfway point of the game. We showed a little push back and got some chances the second half of the game, but playing catch-up isn’t usually going to work out in your favour.

“We know you can’t win them all, but we will learn from this game and use it to be better.”

Caledonia jumped out to a 2-0 lead in the first period on goals by Joshua DeFarais and T.J. Hughes. The Corvairs outshot the Falcons 13-6 in the opening period.

Hughes and Sean O’Brien made it 4-0 Caledonia by the halfway point of the second period which put an end to Owen Savory’s night between the pipes. Newcomer Dillon Lamarche took over and permitted one goal on nine shots the rest of the game.

Tanner Ferreira got St. Catharines on the board with a late goal in the second.

Griffin Roubos and Matt Busby then exchanged goals in the third to round out the scoring.

Former Niagara IceDog Cal Davis picked up an assist for the Corvairs.

St. Catharines, 18-5-2, now trail the Corvairs by one point for first place. Caledonia have two games in hand.

The Falcons are home to Pelham Friday and in Fort Erie Saturday.

Three goals in the third period proved to to be the difference as the Welland Junior Canadians upset the Ancaster Avalanche Saturday at the Morgan Firestone Arena.

Noah Bollert and Brendan Rylott scored two goals each for Welland while Noah Blakely added one.

Drew Passero had three goals and an assist as the Fort Erie Meteors defeated the visiting Buffalo Regals Saturday at the Leisureplex.

Noah Caperchione had two and Mike Butterfield one for the Panthers.