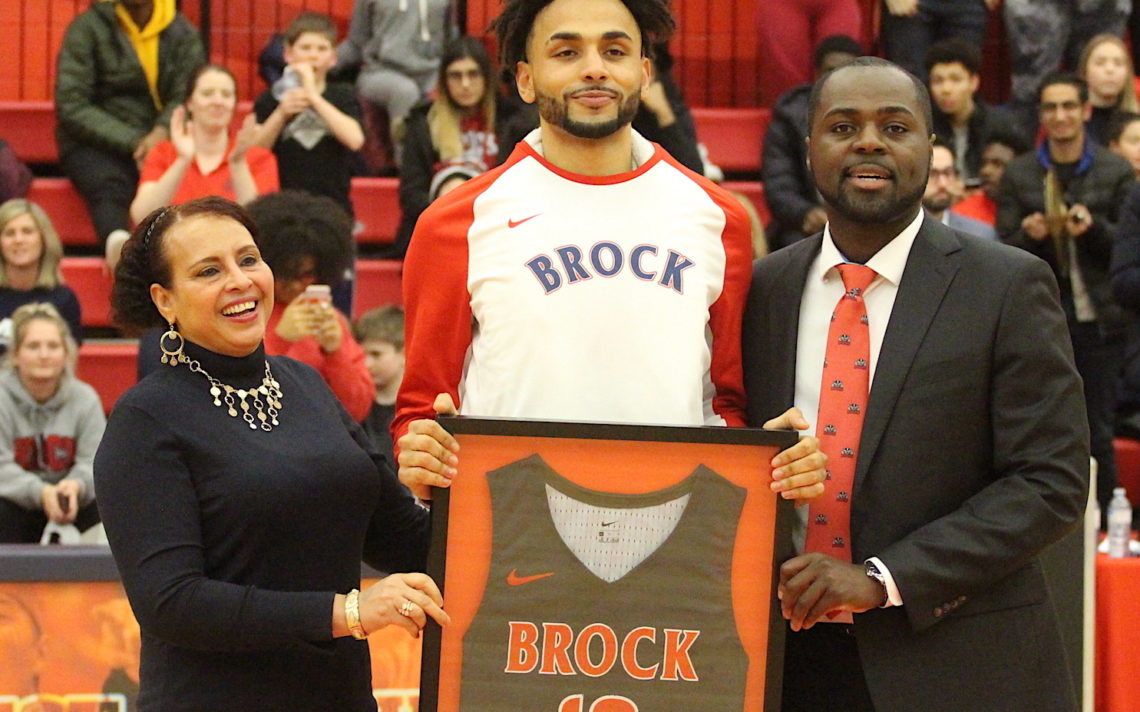 With 2:50 left in the Brock men’s basketball team’s 89-62 victory over the visiting Lakehead Thunderwolves Saturday night, Dani Elgadi was pulled from the game to let fans recognize the star player’s final regular-season game. 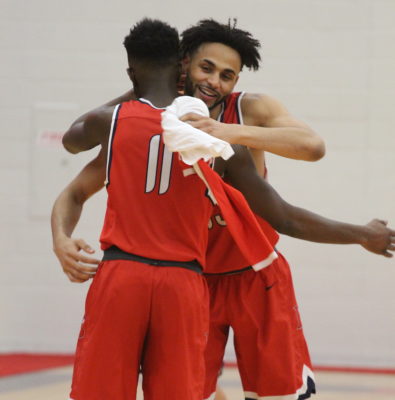 While the fans seemed to miss the significance of the moment, his teammates hugged him as he came off the floor. After the game, the fans showed their love for Elgadi and he returned the adoration by thanking them for their support. After he spoke to the fans, he gently put the microphone down at centre court and was mobbed by his teammates and squirted with a dozen water bottles.

At that moment, this reporter flashed back to Elgadi’s first season at Brock and listening to an opposing coach talk about the 6-foot-7 star from Waterloo.

“How lucky can Kissi (Brock head coach Charles Kissi) get?,” he said. “The best player of the country fell right into his lap.” 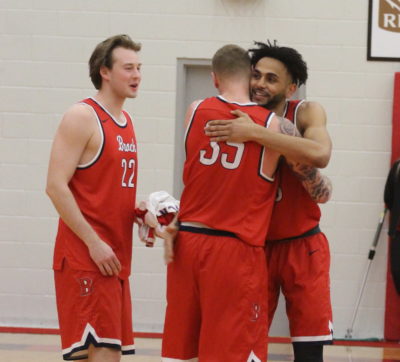 After Saturday’s game, Kissi recalled the summer he took the Brock job and landed the player that would become the cornerstone of the renaissance of men’s basketball at Brock.

“I got hired at the end of July and I will never forget,” he said. “It was a couple of days before my daughter’s birthday and the first thing on my mind was I had to recruit.”

Shortly afterwards, he received a call from Elgadi’s high school coach saying Elgadi might be available because he had committed somewhere else and it didn’t work out.

“I guess you could say he fell into my lap, but you have to get lucky sometimes,” Kissi said. “I always think everything happens the way it is supposed to.”

It’s fair to say Elgadi was nowhere on Kissi’s radar.

“I didn’t even have a clue who Dani Elgadi was until I saw him come to our gym.”

He was impressed but not overwhelmed. 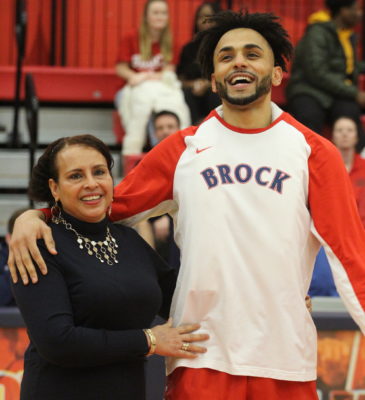 “I looked at his potential rather than where he was, and what we could do with him.”

Kissi felt Elgadi had tremendous upside and believed he could help add some special things to his game.

He certainly has, but it hasn’t been all smiles and kind words. Kissi and Elgadi have had many heated in-game discussions during their five years together at Brock.

“It’s beautiful,” Kissi said. “It’s the way it’s supposed to be. It’s competitive. We both want to win and we both try to get the best out of each other.”

Elgadi may not have liked everything Kissi said, but he has always listened. 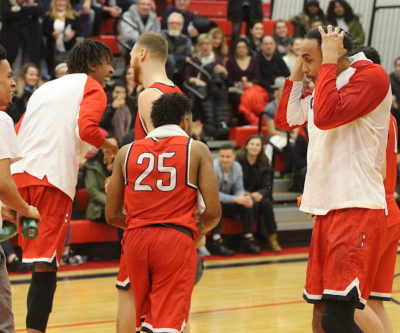 “Whether he liked it or not, he was always willing to change, get better and grow,” Kissi said. “That is what I admire the most about him.”

Kissi was much happier with his team’s performance Saturday compared to Friday night when the Badgers need some late-game heroics by Tyler Brown to pull out a victory versus the bottom-dwelling Thunderwolves.

“Last night we were awful in the second half,” he said. “Today, we were a lot more steady and defensively sound and we made some adjustments from last night’s game.”

BPSN Star of the Game: Brock’s Dani Elgadi with 18 points and nine rebounds.