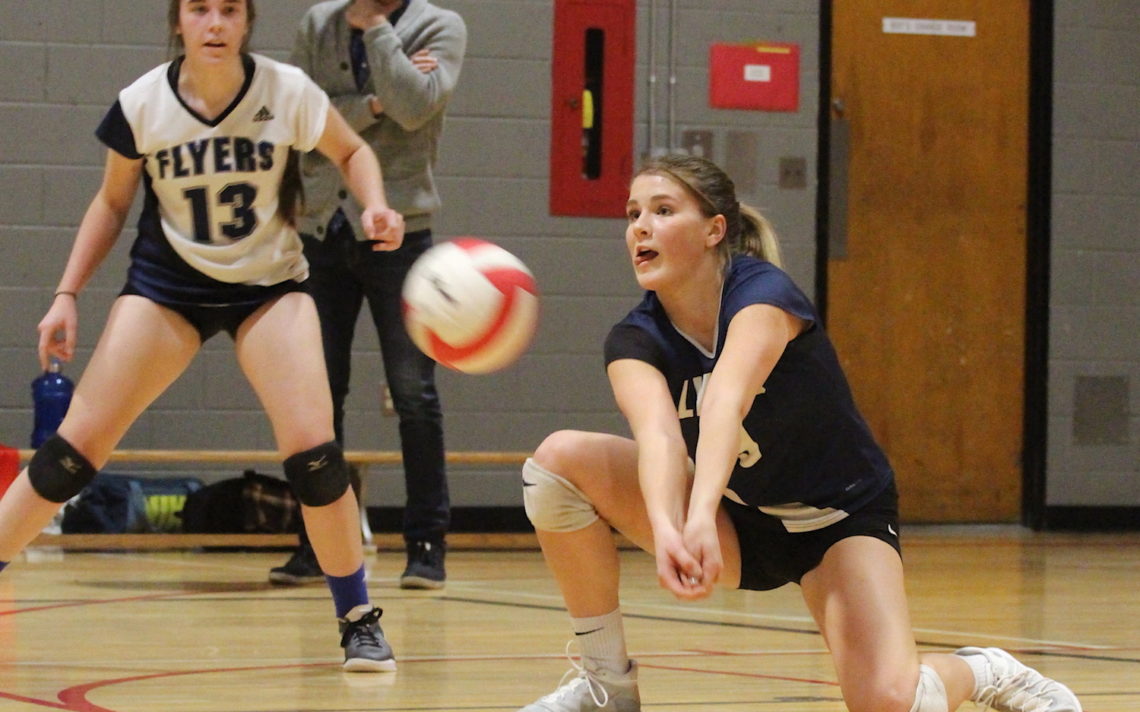 Senior girls volleyball’s version of Clash of the Titans certainly lived up to its billing.

In a highly entertaining match that featured powerful spikes, great digs and furious rallies, the Flyers emerged with a hard fought 3-0 victory (25-19, 25-19 and 25-23) over their north St. Catharines rivals. 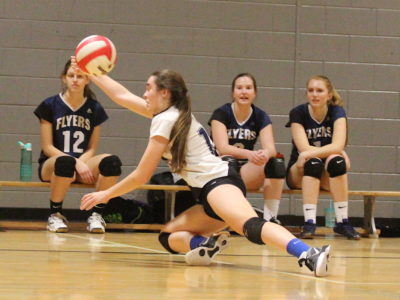 “This game is the one we have been anticipating all year because they have so many good players who play travel and we knew it was going to be fun,” said Montanna Taylor, Eden’s setter and captain.

The win was important because it will give Eden home-court advantage in the NRHSAA zone finals.

“Our team is made up of all Grade 12s except one and we really want to host SOSSA (Southern Ontario Secondary Schools Association) and make it to OFSAA (Ontario Federation of School Athletic Associations),” Taylor said.

Last year at OFSAA, the Flyers made it to the quarter-finals and Taylor would love to go further this year.

“Our goal this year is to first get to OFSAA and we would like to be in the top three.”

Last season, the 17-year-old split time with another setter last season but the role belongs to her this season.

The Niagara Fury 18 and under travel player is a big part of the Flyers’ success this season. 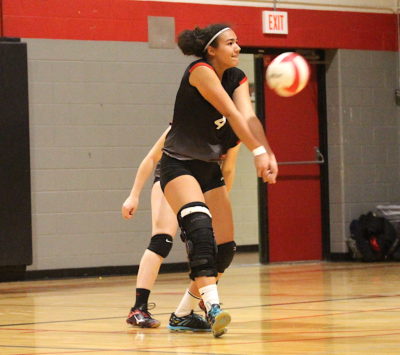 “She trusts everybody on her team and she’s not afraid to put the ball to anybody to attack it and she is a good vocal leader,” Eden head coach Bill Markham said. “She’s consistent and she really keeps the morale up on the team.”

Her leadership style is vocal.

It’s a role custom made for her.

Taylor feels communication is crucial for her team’s success.

The 5-foot-8 player describes Eden volleyball as the highlight of her life.

“It’s something that I am going to remember for the rest of my life and it is really going to impact on me,” she said. “I am family with all of them and going to OFSAA and hosting SOSSA this year would be really cool for all of us.” 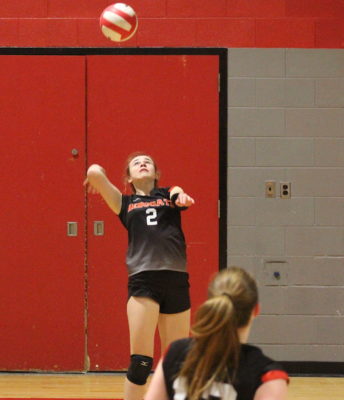 When her high school career is over, there is an opportunity to play at the university level. A former travel coach, Dale Melnick, is the head coach at Brock and he has expressed an interest in Taylor playing for the Badgers. She knows what she wants to work on as university approaches.

“I think it will be really important I become more consistent with my serving and staying low on defence.”

Taylor and her teammates had to be at their best to beat Governor Simcoe Wednesday.

“We’ve had a good season so far and this is the stiffest competition we have had this year,” Simcoe coach Ken Riediger said. “We haven’t seen competition like this for a while and it was a good game.

“I was hoping for a better result but we were missing one girl so a few girls had to change certain spots but they are a very good team and they have been the champs for a long time for a reason.”

Simcoe, who is led by Sadie Dick, a member of last summer’s 16 and under national team, and setter Ashley Earle, have won the Jean Vanier and E.L. Crossley tournaments this year and are hoping to go far in the playoffs. 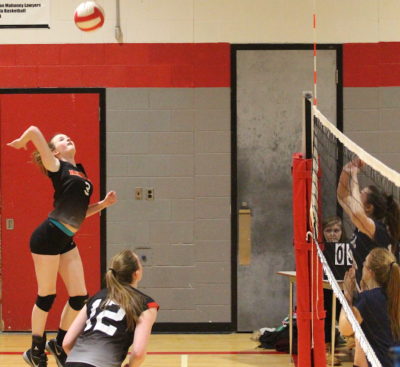 “They are a very good team,” Markham said. “They have a lot of talent and are strong and solid. But we like that. We like being pushed.”

The Redcoats have played up at the AAA level the previous four years but this year are at AA and will have to defeat Eden to make it out of the region.

“We wil be seeing them again,” Riediger said. “We have to go through them.”

Markham knows Simcoe will be a formidable challenge.

“We will have to play like we did today,” he said. “The girls played pretty solid with good defence and good positioning, we hit smart and I was really happy with their effort.” 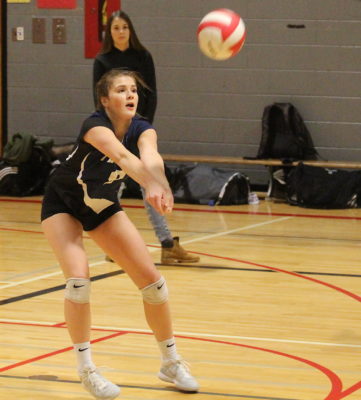 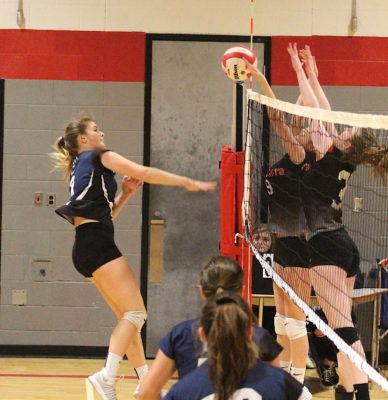 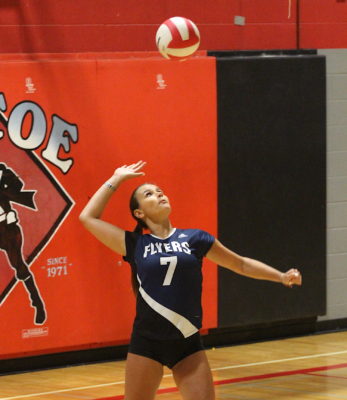 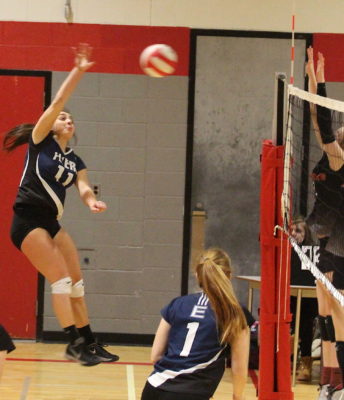 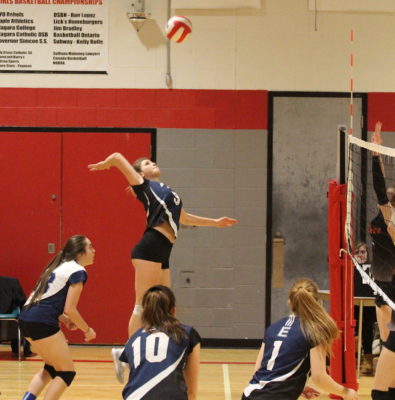 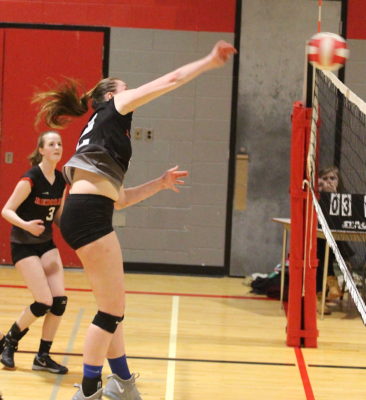 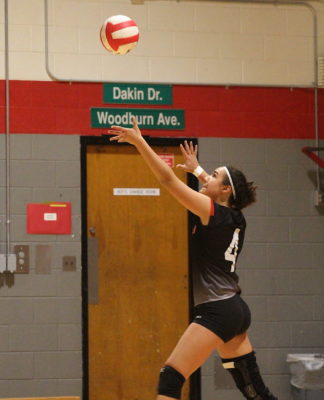