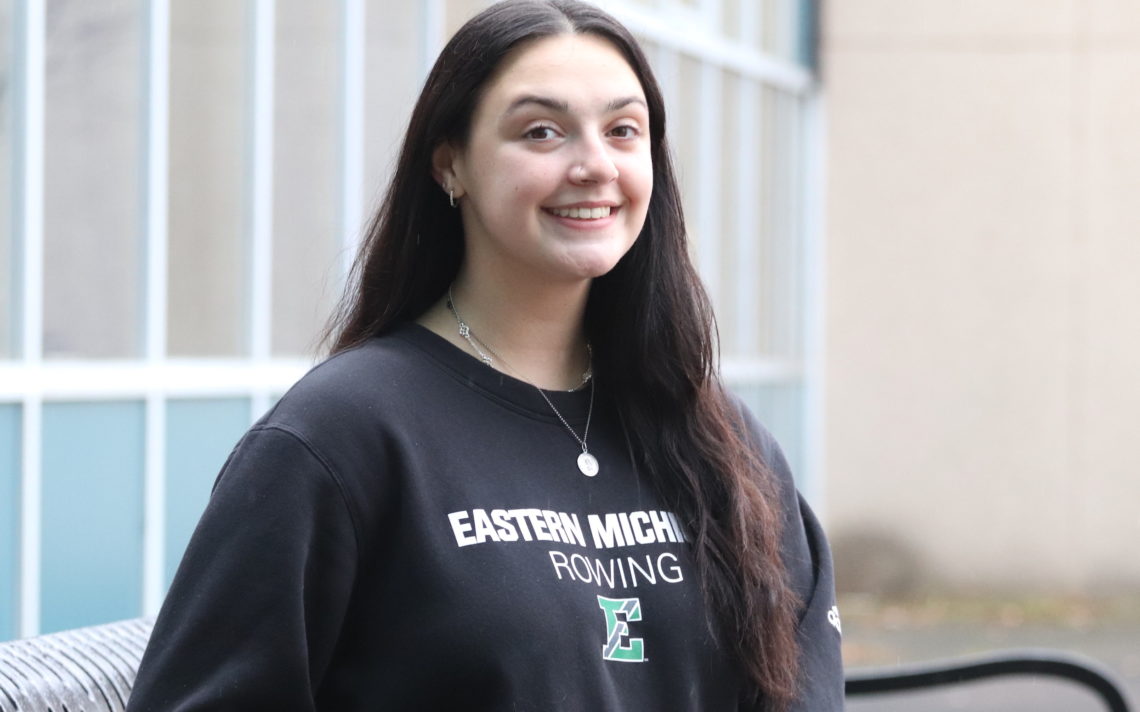 Arden Schirru couldn’t wait for the start of the 2020 high school rowing season.

Coming off a gold medal in the quad at the Canadian Secondary Schools Rowing Association championships, the then-Grade 11 student at E.L. Crossley had high expectations for the high school campaign.

“The senior double was already set and my partner and I were so confident,” the 17-year-old Welland resident said. “It was going to be great because we had trained so hard and we knew it was going to come together.”

Equally exciting for Schirru were the possibilities at the club level.

“At the St. Catharines Rowing Club, I was in the running to be put in a quad for English Henley.”

To get a jumpstart on the season, Schirru was training in March at Nathan Benderson Park in Sarasota, Fla., the site of the 2017 world rowing championships. It was there that her rowing hopes came to a crashing halt with the arrival of the COVID-19 pandemic.

Within days, the park closed and Schirru’s hopes of a high school rowing season came crashing down.

“I cried for a really long time just thinking about this year,” she said. “It was just so sad and everyone was heartbroken.”

Unfortunately, things haven’t gotten any better as the second wave of the pandemic has hit North America with a vengeance.

“Getting Grade 11 (rowing) cancelled and probably Grade 12 cancelled is tough,” she said.

Thankfully for Schirru, she did have some good news in November to help temper her disappointment. On Nov. 11, the teen signed a National Letter of Intent to row for Eastern Michigan, a NCAA Division 1 program in Ypsilanti, Mich., that competes in the Colonial Athletic Association.

Because of COVID, Schirru’s ‘signing ceremony’ consisted of herself and her family.

“Everyone was there to see it and it was super emotional. I love rowing and it was nice to see it pay off even though it doesn’t feel real to me yet. When I get there it will be ‘O my god. This is actually happening.’ ”

Schirru hooked up with Eastern Michigan through the Next College Student Athlete recruiting website. She made a profile, posted videos and started conversing with coaches

“There was lots of talking and lots of video chats but I am so upset I didn’t get to visit there (Eastern Michigan) before everything happened,” she said.

Eastern Michigan was one of the first schools she talked to and it was an easy choice to go there when it made her an offer in September.

“When we were on Zoom calls, I heard amazing things from the athletes. They talk so highly of their coaches and head coach Kemp Savage has really brought the team a long ways since he became head coach.”

Schirru can’t wait to get started.

“I am looking forward to being in a boat, getting that level of speed and everyone there putting in a big effort,” she said. “I am excited about the team aspect and being on a whole new adventure.”

There will likely be a few anxious moments along the way.

“I am a little nervous but my parents have taught me to be very independent and rowing has also taught me that and to understand what I need to do to get where I need to be,” Schirru said. “I will miss them a lot because they have been so supportive. They have done so much and no way I can thank everyone enough who have helped me as an athlete.”

She gives tons of credit to the coaching she received at Crossley.

“I am so beyond lucky to have gotten the coaching I got from all the coaches at Crossley, Coach Pat (MacNally) and John Ruscitti. They put in insane amounts of time and they don’t get paid for it.”

Ruscitti loves what Schirru brings to the erg room and water.

“She’s pretty determined, pretty driven and coachable, and she is a good student of the game,” he said. “She likes to learn, she wants to improve and she is open to feedback.”

Her determination was evident early on in her Crossley career.

“In Grade 10, she broke her wrist at the beginning of April and despite this trained outside of the boat for six weeks and returned with two weeks left in the season to fight her way into the junior women’s quad and eventually win the CSSRA championships,” Ruscitti said.

Over the last few years, he feels Schirru has become more committed to the sport and has matured as a person on and off the water.

“She has become much more coachable and adaptable and all of that has helped her progress.”

Schirru, who plans to study psychology and maybe sociology at Eastern Michigan with the long-term goal of going to law school in Canada, is hoping for a spring rowing season at Crossley.

“I feel really bad for the Grade 9s and 10s because they haven’t gotten a season yet and this is the Grade 10s’ second year on the team,” she said. “They have no experience with how great they could be or how much fun they could have with Crossley and the sport period. They could find something that they really love.”