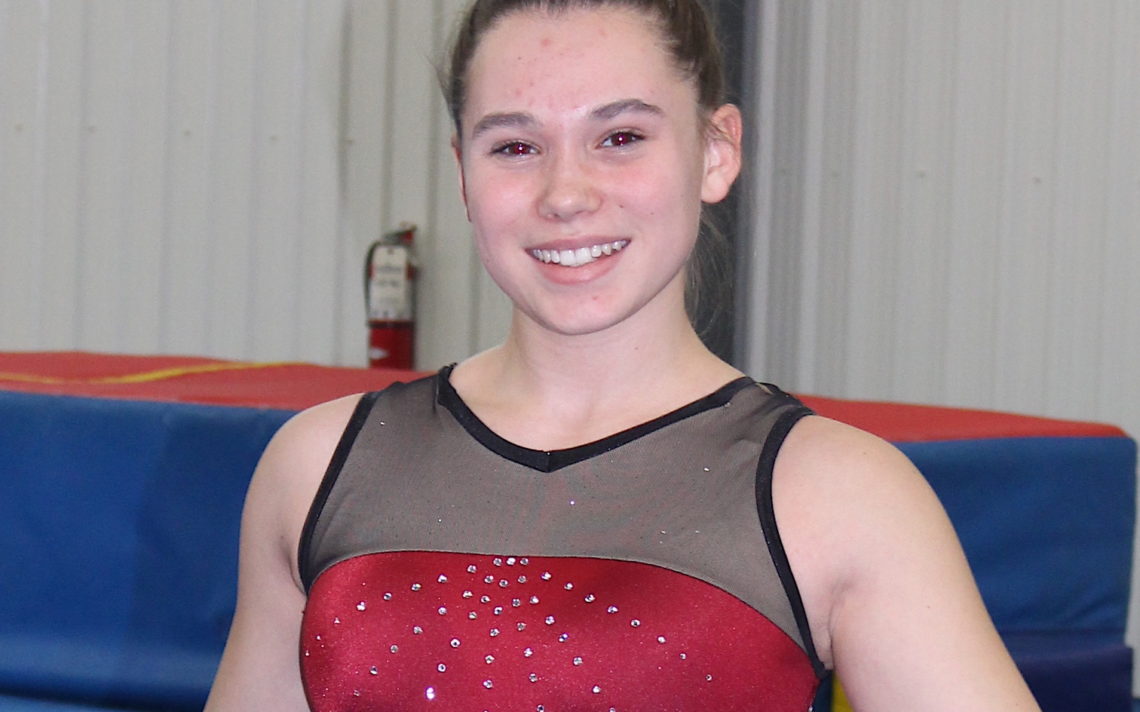 Early starts pay off for gymnasts

Paris Perron has been involved in gymnastics since the age of 18 months.

“My parents noticed that I like to climb everything so they decided I should put that energy to something different than climbing a counter,” said Paris, who recently placed first overall in Level 4 in a provincial qualifier hosted by Gymnastics Energy. “I also loved climbing the monkey bars at the park so we decided to try out gymnastics.” 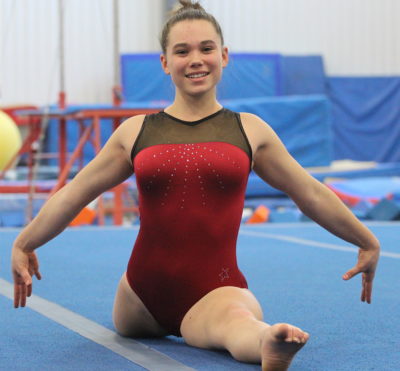 The Grade 8 student at St. James started slowly in the sport.

“For the longest time, I took it as rec (recreational) to learn skills and it was a weekly thing, where now it is more of a passion and a lifestyle. I love to tumble and everything,” the St. Catharines resident.

She started competing in 2017 and has done well.

“It’s her commitment, her ability to practice hard and take corrections, to ask for corrections, and to encourage her teammates,” Gymnastics Energy coach Rebekah Sui said.

She has been coaching Paris on and off for the past four seasons and has seen the athlete ramp up her commitment.

“She decided to take gymnastics a lot more seriously and she is training a lot more now than she was a couple of years ago,” Siu said. 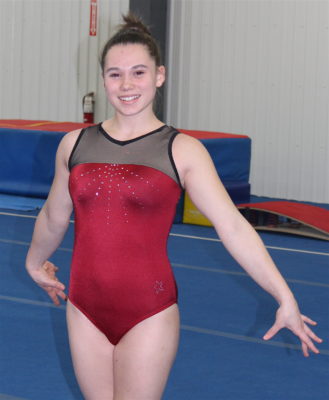 Paris has always wanted to spend more time at the gym and she has increased her training time from six hours a week to nine hours and now she is up to 12 hours a week.

“I want to take it year by year and see how it goes,” said Paris, who also plays house league soccer in the St. Catharines Jets organization.

Paris has become taller and more powerful in the last couple years and Siu sees lots of potential.

“She has to clean up some of the finer details of her finishing skills and technique,” she said.

Paris agrees with that assessment.

“I have to perfect my skills and be more dynamic,” she said.

In the process, she will continue to have fun.

“I sort of lose myself in the sport and enjoy whatever skills that I am working on at that moment.”

Like Paris, Jamie Orzel started in a gymnastics when she was young. The Vineland resident was two years old when she joined Gymnastics Energy, following in the footsteps of her older sister Jordan.

The 11-year-old quickly became addicted to the sport and the environment surrounding it.

“I have so many friends here and when I am here, it’s different than school or soccer ,” the Grade 6 student at St. Ann school in Port Dalhousie said. “I get to do my own thing and have fun.” 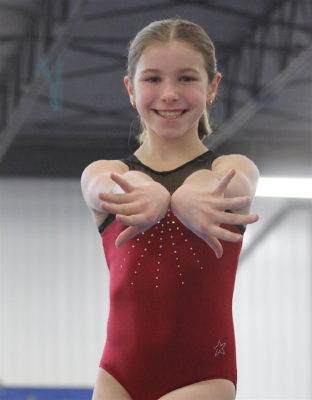 Gymnastics is only part of Jamie’s busy schedule. She plays travel soccer with the St. Catharines Jets, swims competitively with the Garden City Aquatics Club and does jazz and lyrical dance for recreation.

Jamie has no idea how she finds time for all her activities.

“I used to dance and swimming on the same night but now I only do one night of dance instead of two,” she said. “I just kind of do it. I always have an activity.”

Gymnastics is her favourite sport, but it’s a close contest with her other pursuits.

She is not sure where she is going with gymnastics.

“I just do it for fun and I hope to go to a high level, but obviously it’s not like I am going to go to the Olympics or anything.”

At the recent provincial qualifier, Jamie was first overall in Level 4 on the strength of first-place showings in vault, beam and floor and a second on bars.

“What makes her a great gymnast is that she has a real go getter, ‘I will try that’ kind of attitude,” Gymnastic Energy’s Becky Bridges said. “It makes her lots of fun to work with from the coach’s perspective and she also has gorgeous presentation.

“She is not afraid to compete with her chin high and good showmanship.”

Gymnastics Energy had 81 athletes competing in Levels 2 to 8 during the four-day event. The host squad earned 185 medals in total,  including 37 athletes who earned a top three overall finish in their category, based on age and level.

In the team events, Gymnastics Energy achieved first overall for Levels 2, 3, 6 and 7 and placed second at Level 4.

Following are the 37 Gymnastics Energy overall medal winners with their rank and result out of 40. 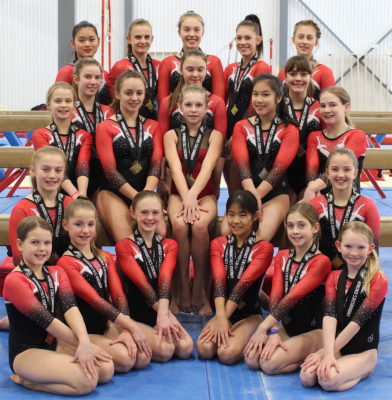