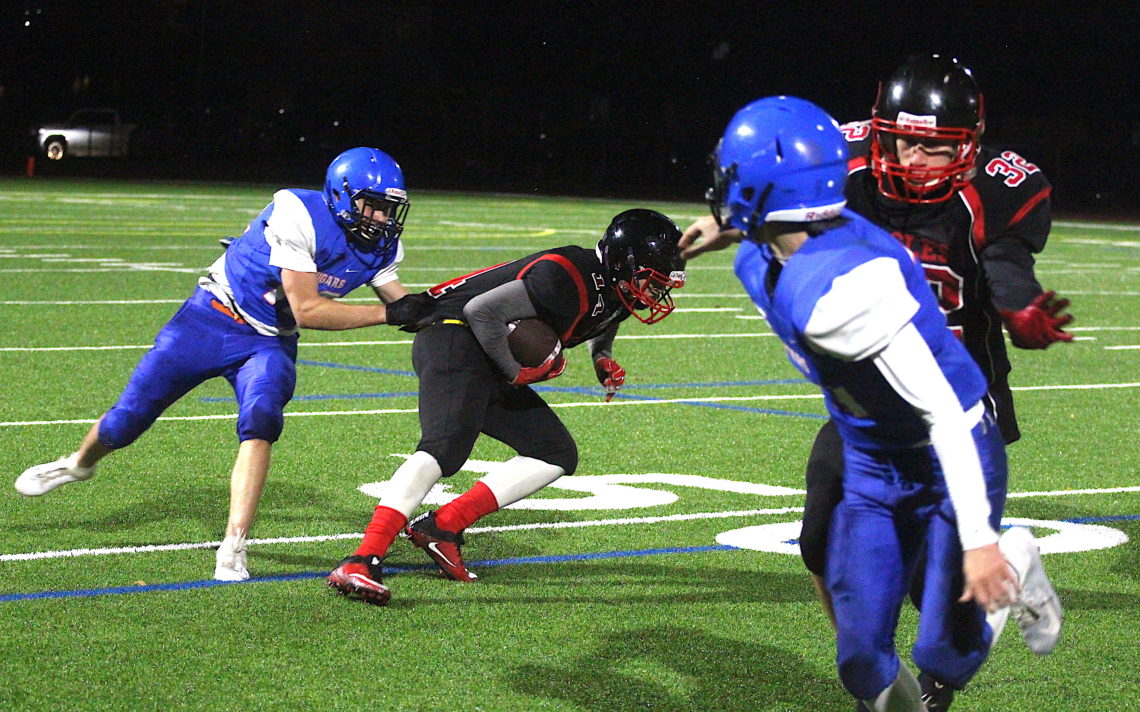 For all but the dying seconds of Thursday’s Niagara Region High School Athletic Association Tier 2 football final, the narrative of the story was how the Grimsby Eagles outplayed the previously unbeaten Centennial Cougars to record a 21-15 victory.

But things changed dramatically in the final seconds of the game. With Grimsby attempting to take a knee on Centennial’s 30-yard line, there was a botched snap and the ball ended up in the hands of Centennial’s Ethan Cardwell. The Cougars linebacker raced 80 yards downfield for a major but after a huddle by the officials, it was determined there was an inadvertent whistle. The down was replayed and the result saw Grimsby hoisting its second Tier 2 title in the past three seasons.

“We were just supposed to take a knee and then it looked like they weren’t in the right formation and then they (refs) blew the whistle,” Grimsby head coach Zack Silverthorne said. “That’s terrible for them but did they get in on their second touchdown? Probably not. There’s the balance of sport.”

Silverthorne was referring to a third and goal gamble in the fourth quarter that resulted in Centennial’s Garvan Leavens being credited with a TD.

The Centennial players and coaching staff were obviously upset with the call at the end of the game, but the coaches did a fantastic job of getting their players through the handshake line and off the field without incident.

“It is what it is and we didn’t play a great game,” Centennial head coach Dom Nero said. “We can’t blame the refs for the way the whole game went but they blew a call at the end and it happens. They made a very bad call that was the worst possible thing that could happen to end the game. They botched the fumble, we returned it and they blew the whistle when they shouldn’t have.”

That being said, Nero felt his team didn’t play good enough to win.

“We can’t look at that one moment as the reason why we lost,” he said. “It’s not but it hurts when the game ends like that either way.”

Grimsby lost 41-7 to Centennial in the regular season.

“It’s super hard to beat a team twice and we had a good game,” Silverthorne said. “They really gave it to us in Week 3 and we made a ton of mistakes and we were undisciplined.”

It was a different story Thursday night.

“We were more sound defensively, we made more tackles, we were crisper, we ran the ball hard and we controlled the line of scrimmage which we didn’t do the first time,” Silverthorne said. “We tried to stop the push, contain 22 (Leavens) and not let 11 (Robbie Pereira) beat us on that corner route.”

Ryan Neudorf has been the difference maker for the Eagles all season and Thursday was no different. The 16-year-old running back carried the ball 19 times for 145 yards and the Cougars had no answer for him.

“He has had over 100 yards every game and he’s usually around 16 carries which is about eight (yards) a carry,” SIlverthorne said. “When in doubt, give in to 32 (Neudorf) and Ty (Mitchell) is a good compliment with the fake dive, end around.”

Neudorf was all smiles after the game.

“This feels amazing,” the Grade. 12 student said. “It feels like all over again, but better.”

He was referring to winning the Tier 2 title two years ago against Eden in a snowstorm. Coincidentally, the snow started to come down hard Thursday after the game ended.

“It was the exact same atmosphere, minus the chaos, and the same championship feeling,” Neudorf said.

It was a much different feeling than the 41-7 beatdown during the regular season.

“41-7 was an insult and it definitely wasn’t us,” he said. “We already beat Governor Simcoe who beat us in the regular season and we needed to beat Centennial to beat everyone.

“Now we have beat everyone and we are the champions.”

For Centennial, Nero doesn’t want one game to detract from a strong season.

“We still had a great season and no one can take that away,” he said. “It obviously hurts leaving here without a championship, but at the end of the day they had a helluva season and they played hard even today.

“There were times when they could have easily folded and they didn’t.”

Thursday’s game might have been Centennial’s worst game of the season.

“Our strength all year has been our offensive and defensive lines and unfortunately today all the credit to Grimsby,” Nero said. “They came in, they played a very tough game and their lines controlled the line of scrimmage.

“That was the difference.”

Before the game, there was a moment of silence for Liam (Bovey) Boverhof, a 17-year-old Centennial student who died suddenly Sunday. The Southern Tier Admirals hockey player was remembered fondly and donations were collected for Jumpstart on his behalf.

Mick and Angelo’s/Johnny Rocco’s/Cracker Jacks Player of the Game: Grimsby’s Ryan Neudorf with 19 carries for 145 yards, including a four-yard TD run. 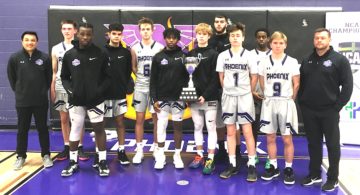 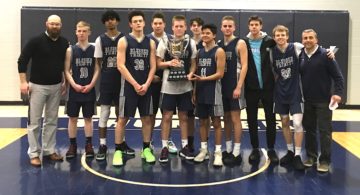 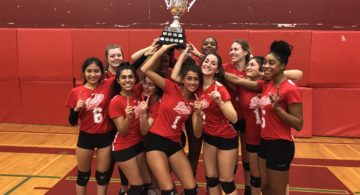