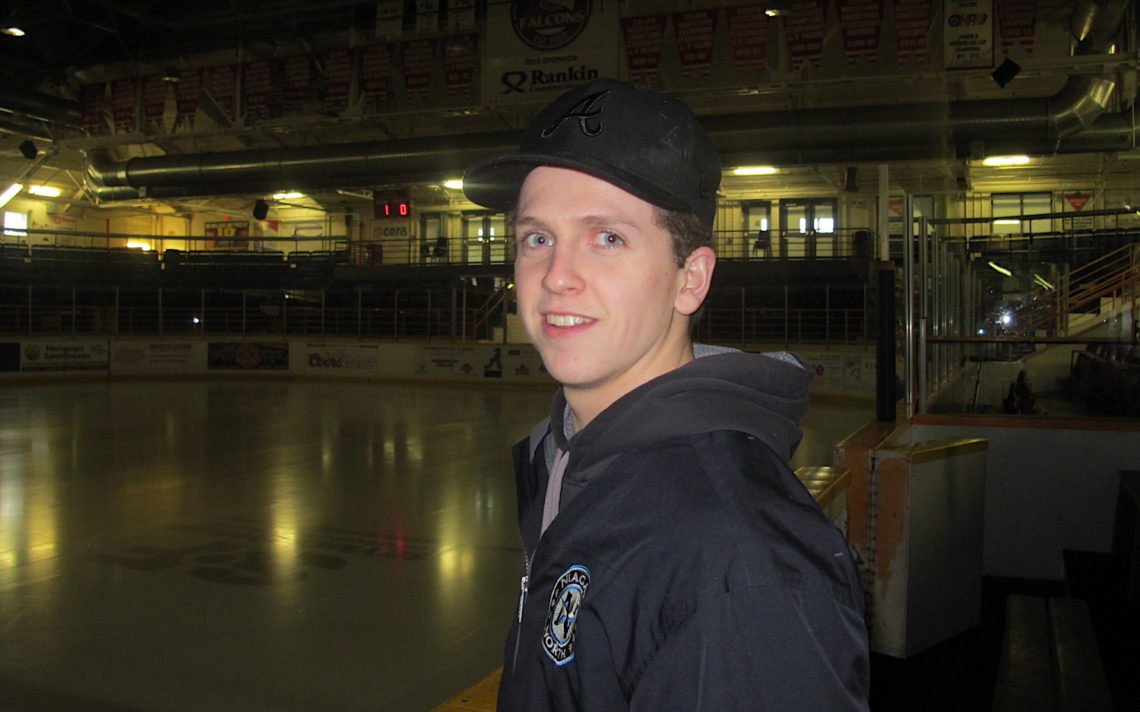 Dreaming of the draft

Spencer Smith is a few days away from realizing a dream that has been years in the making.

The Grade 10 student at Governor Simcoe Secondary School is the top ranked local player for the Ontario Hockey League draft Saturday, with some predicting he could be selected as high as the second round.

Smith doesn’t care where he is selected, so long as he sees his name at some point.

“I’m just happy to go. I would go to any team, probably,” he said. “This has been my dream since I was a little kid to go to the OHL.

“This would be an amazing experience.”

Smith, who was captain of the Niagara North Stars this season, is dealing with some conflicting emotions as the draft approaches.

“I’m feeling a little bit of everything right now,” he said. “I’m nervous for where I’m going to end up next year as a 16-year-old leaving my family. I’m excited because it’s a new experience for me.

“I can finally live on my own and play the hockey I want to play and be at the level I want to be.”

Smith, who has been in touch with several OHL teams and paid visits to Hamilton, London and Barrie, had a breakout season under former Niagara IceDogs coach Marty Williamson despite missing time with an injury.

“This year, I think I developed really well, especially having an OHL coach like Marty,” he said. “I think I learned the most from him than any other coach I’ve had.”

Williamson has high praise for Smith.

“He’s got a high skill level and a great compete level,” Williamson said. “At the minor midget level, when he wanted to, he was a pretty dominant player.

“He’s a great shooter. He has all the tools. That’s why so many OHL teams are calling me. He’s going to be one of those guys who is picked in the first couple of rounds.”

“He’s not the biggest guy, but he’s strong,” Williamson said. “The game has changed an awful lot and there’s room for the smaller player now.

“He reminds me of Travis Konecny (of the Philadelphia Flyers). He’s not a real big guy, but plays a big game.”

Smith said he feels comfortable at both ends of the rink.

“I’m more of a two-way player. I like to play defence and I also love playing in the offensive zone and create chances. Just being quick and getting shots on net and doing whatever is best for the team.”

Smith joined the St. Catharines Falcons for the playoffs and showed well against some much older and tougher competition.

“It’s a whole other league. Junior B was great,” he said. “That helped me a lot. If it wasn’t for that, playing against the 20-year-olds, I wouldn’t be able to go in next year and have the confidence I do now.”

Smith was impressed how he was welcomed by the Falcons.

“Being here just three weeks and coming to the rink every day, they treated me like a brother, and with the OHL it’s probably the same way. I’m hoping it’s a great time and that I can get the most out of everything I do in the next couple of years.”

Smith, who doesn’t sound like he is going to be glued to his computer, following the draft Saturday, is taking a laid-back approach to the day.

“I don’t know. I’ll probably look at it once in a while to see if any of my buddies that I used to play with go,” he said. “Just have some family over and have a fun day and chill out and see what happens.”