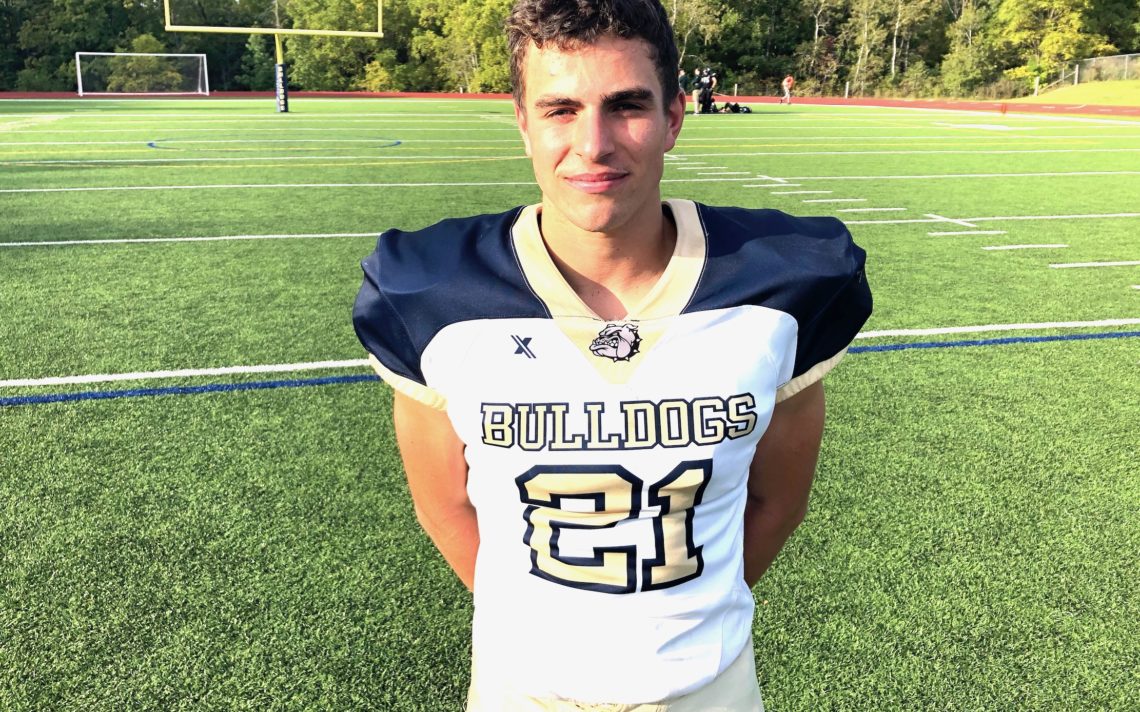 The 17-year-old Grade 12 student is best know for his exploits on the track, but Friday afternoon showed he can make an impact on the gridiron as well.

Dommasch’s touchdowns were similar — one on a kick return and one on a punt return — and both for about 75 yards.

“I played football two years ago but before I decided I wanted to commit for track I wanted to get back on the field one more time to end it all,” he said. 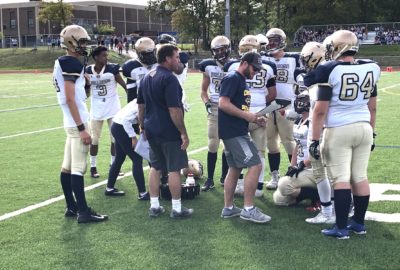 Dommasch, who finished sixth in high jump at OFSAA (Ontario Federation of Schools Athletic Association), isn’t concerned about injuring himself.

“I wasn’t too worried about it because I’m on kick return. It’s not the most dangerous position I could be playing. I was told if I don’t see anything to run out of bounds.”

“Team sports are great,” he said. “Being on the track and being here is a completely different atmosphere.

“We all contributed as a team to the win and everyone is having a great time.”

“Kick returns can go really bad or really great,” he said. “To have it go really great twice is amazing. Everyone hit their blocks really well. Josh Morley is a great blocker and hit the lead block many times and that was great.

“That has to be the mentality, to take it to the house every time. Obviously, that’s not going to happen every time, but when it does it’s great.”

Bulldogs coach Peter Perron, who doubles as the school’s track coach, helped persuade Dommasch to give football one last go.

“We had him two years ago and he was retuning punts left, right and centre, and all the kick offs,” he said. “I was with him at OFSAA last year and talked to him.

“He has a bit of a football IQ and has played the game before, and having the desire definitely helps him big time.”

Perron said it’s not uncommon for Dommasch to train on the track at Churchill, then change into his football gear and join the Bulldogs.

“Because he’s training at a high level for track and field, we have to make some accommodations,” he said.

The Bulldogs evened their record at 1-1 after losing their season opener last week to Greater Fort Erie Secondary School.

“At halftime we had to refocus,” Perron said. “We had to persevere and step it up a notch.

“I’ve sucked it up for two years playing Grade 9 and 10 against senior boys. Now, they’re in 11 and 12 and they should know what it takes to win.

“I’m challenging them. You’ve worked too hard and paid your dues, now it’s time to exert what you are doing. It may take us to game three of four to see where we’re truly at.”

The Spartans dropped to 0-2.

Martin hopes to see progression as the season goes on.

“We’re a young team and we’re making a lot of young mistakes. We have kids playing their first year of senior football and they’re making first-year mistakes. We’ll get better as the season goes on — hopefully.”

Through the air: Churchill’s Philip Somokhim 7-for-11 with one touchdown; Westlane’s Aiden Maxim 13-for-31 with two interceptions (Ahmed Gismelseed, Barry Ingham). 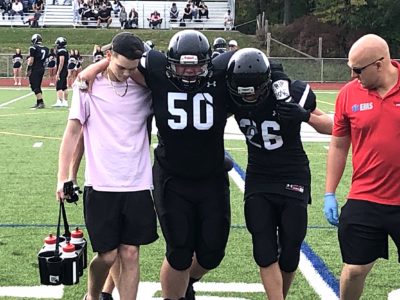 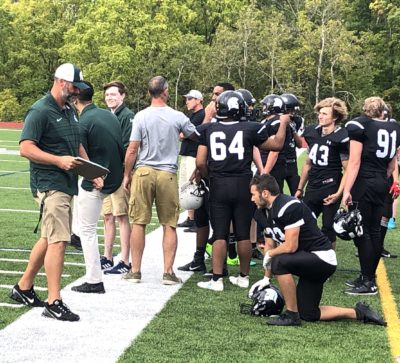 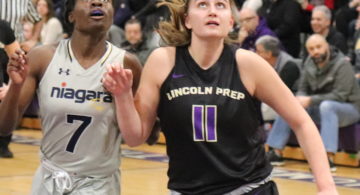