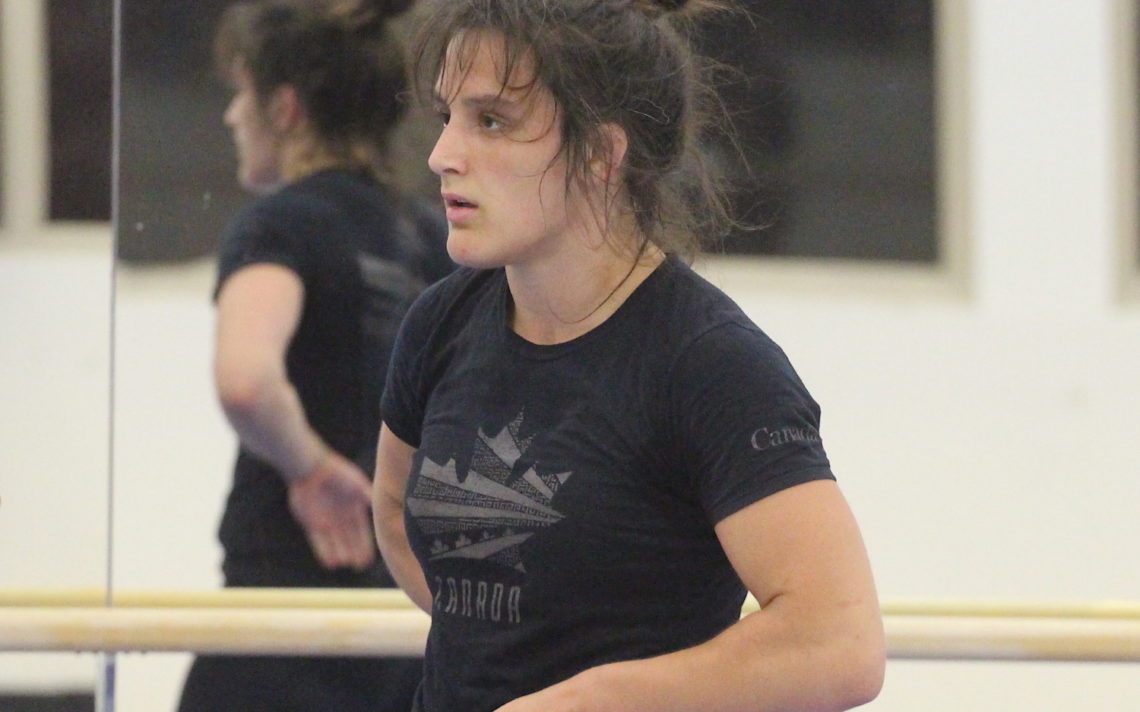 Standing in the way of Olivia Di Bacco’s second straight trip to the senior world wrestling championships was a formidable opponent at the recent Canadian trials in Toronto.

In order to book her spot in the 68-kilogram division at the worlds in Budapest, Hungary Oct. 22-28, the Brock Wrestling Club member needed to defeat Commonwealth Games silver medallist Danielle Lappage. Although they were close matches, Lappage had beaten Di Bacco in their two previous encounters. 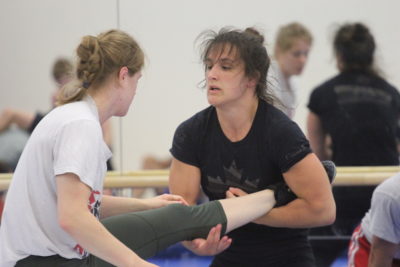 Before the match, Brock head coach Marty Calder gave Di Bacco a high five, looked her right in her eyes and told her that it was her time.

“That was exactly what I needed to hear at that moment,” the 25-year-old Orillia native said. “I don’t know if the only people in the gym who believed I could win that match were myself and my coaches, but those were the people that mattered.”

Calder was definitely one of the believers.

“I felt like she was ready to beat the girl and be the No. 1 girl in the country,” he said. “She put all the work in and she has the skill set.”

Di Bacco ended up defeating the Dinos Wrestling Club member 4-1 after an unsuccessful challenge from Lappage in the final seconds.

“It’s huge,” Di Bacco said. “ We work so hard for very, very few moments in the spotlight under the big lights on that world stage.

“It (worlds) is such a big tournament. You get to represent Canada and you build up to it. There is no feeling like how it felt when I walked out at the world championships last year. I had a huge smile on my face because it was such an unreal feeling.” 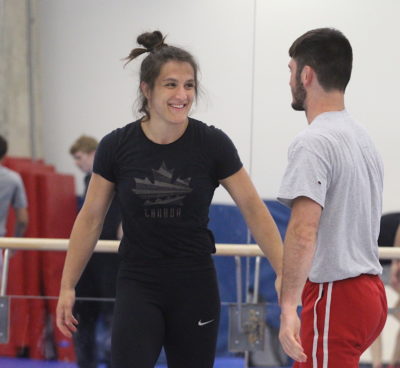 Competing at 69 kilograms at last year’s worlds, she didn’t do well, but the experience will help this time around.

“I had never been to a tournament that big before; the hype; the press; and the attention with such a big arena and so many eyes on you,” she said. “Now going into my second world championships, I kind of know what to expect, I know how it’s going to go, how I will feel and the nerves I will face working through it.”

What surprised her most during her initial visit to the worlds was the realization that she belonged at the event.

“I qualified for the worlds in March and didn’t compete until August,” she said. “I went through the summer preparing for the world championships feeling like I didn’t belong and that it was a fluke that I had finally made it on this team.

“Then I went to the worlds, looked at the people in my weight class and thought that I had beat that person and had a close match with that person. I belonged there and felt that I had earned that spot.

She has much higher expectations in 2018. 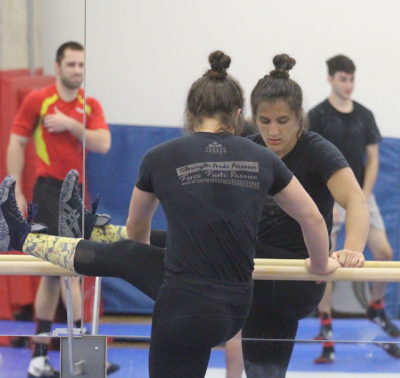 “They have to be,” Di Bacco said. “You have to expect more of yourself. It’s another year under my belt and I feel that I am a very different wrestler.”

She believes her biggest improvement has come on the mental side of the sport.

“It’s learning how to be mentally focused and learning what that looks like in a training environment,” she said. “It’s learning how to dial in and focus on different areas of training; little mental choices that you make that on competition day can culminate in a really great experience.”

Calder has seen a lot of progression in Di Bacco.

“She just didn’t have a lot of experience,” he said. “She came into the sport in Grade 12 and she focused a lot of her progression just on getting to the varsity level and being a CIS (Canadian university) champion. All of a sudden, a year or two later and she is No. 1 in the country.”

Di Bacco has made great strides technically in 2018 and has won some big events.

“She won in Sweden and the Ukraine and she has beaten a couple of Olympic medalists and a world silver medalist,” Calder said. “She has got some good wins and they are kind of telling her that she belongs there.”

Away from the wrestling mats, Di Bacco is employed as a massage therapist and loves her job.

“There are times when I left wrestling practice feeling like crying and really frustrated. Then I go to work and I get to focus on someone else,” she said. “You can’t be selfish as a health care practitioner which has been so, so healthy for me. It has allowed me to have a balance in my life and that is really valuable.”