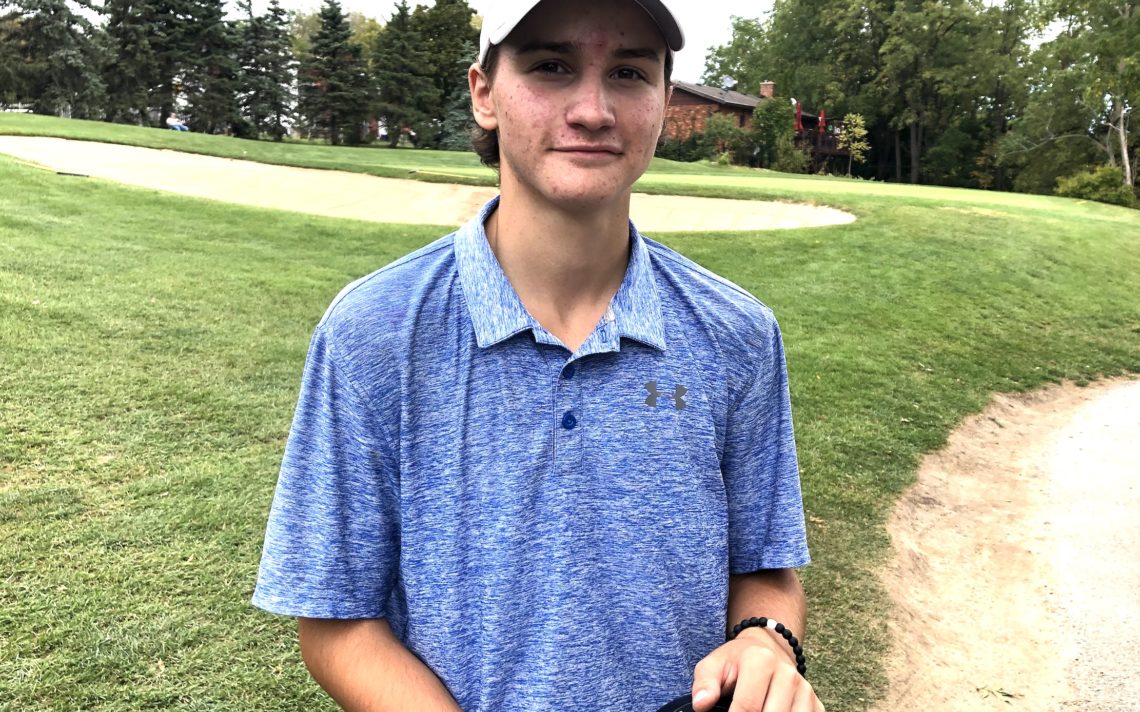 DelGobbo fired a SOSSA-record 64 and came within a shot of the course record despite a pair of three-putts.

“I started and made a nice putt on one, two, three and four and started with four birdies,” he said. “I drove the green on six and after that I knew I had a chance.

“At the beginning of the day I tried to break 67, which was the SOSSA record before this.”

DelGobbo quickly doused any thoughts he was upset with coming up just short of tying the course record.

“It didn’t really matter to me,” he said.

DelGobbo said despite his strong start, he was focusing on other topics as he chatted with his playing partners.

“Honestly, I did my best not to think about it,” he said. “The guys I was playing with — I know one really well from my course (Lookout Point) — and the other one I just met for the first time today but we were having a really good conversation,” he said. “It had nothing to do with how I was playing.

“It’s good to keep your mind off things, so thanks to them.”

“(It played) like it always does, you have to get the ball in the hole,” he said. “Nothing is easy.”

DelGobbo’s only major hiccups were on holes nine and 12 where he three-putted.

“It was a tough putt (about 10 feet) and I hit it past the hole on nine,” he said. “On 12, it was straight up the hill. I played a practice round here and I left the same putt on the same pin short so I thought don’t leave it short. I hit it four of five feet past and it slopes front to back pretty good so I didn’t want to be all the way back down to the beginning so I just touched it and three-putted it.”

That will wrap up a phenomenal season for the talented golfer who this summer captured the Canadian Junior Boys Golf Championship in the under-17 (juvenile) division in Hartland, N.B. in a playoff.

He also showed well at the prestigious International Junior Masters tournament in East Aurora, N.Y., in late June where he made it all the way to the finals before losing 2&1. 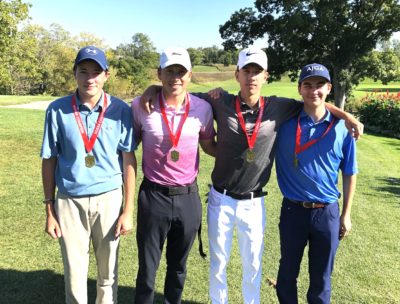 The A.N. Myer Marauders squad of Nolan Piazza, Ben MacLean, Kyle Romak and Ben Romak combined to shoot a 315 and capture the team championship and advance to SOSSA.

“We have three boys returning from last year’s SOSSA-championship team and a very welcome fourth addition in Kyle,” Myer coach Dave Shaw said. “We have a strong team and we knew that we had a good chance, if all four guys played well, of winning.”

Logan Hill of McKinnon Park shot a 78 to take the high school (non-open) title. He also advances to SOSSA.

Blessed Trinity was the only team entered in SOSSA and won the overall girls title as a result.

Mya Mackey of Blessed Trinity won the individual title with an 84.