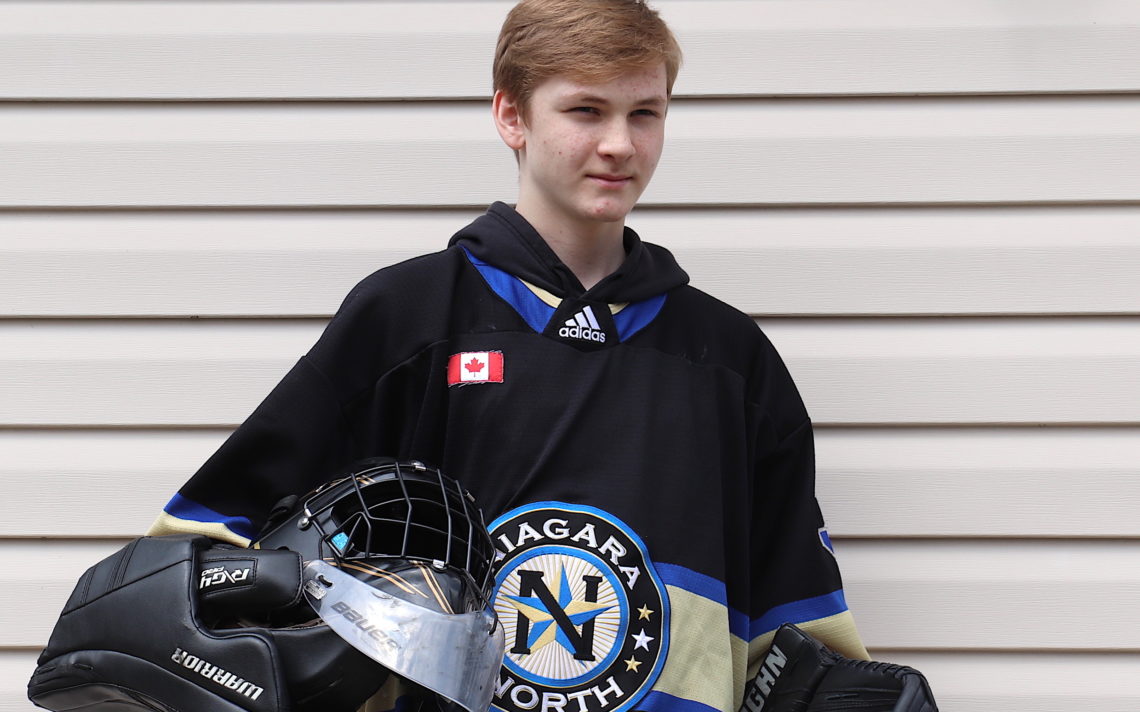 As an individual who has been through the Ontario Hockey League minor midget draft four times as a coach and once as a player, Miller has seen many goalies come and go but none have impressed him as much as Nate Day.

“Dayzy (Day) is, by far, the best goaltender I have ever had the pleasure of coaching,” Miller said. “Nate’s compete level, willingness to improve, and all-around determination and work ethic are simply outstanding. As focused and alert of a goaltender as he is, his humble, positive attitude and easy-going nature certainly allow those playing in front of him to play with confidence. As special of a player as Nate is, he is an even better person.”

Day has heard plenty of naysayers along the way but he doesn’t let it get to him.

“I just try and get better and not worry about those things.”

Goalie coach Lucas Lobsinger is equally effusive in his praise of Day.

“Nate possesses a great combination of fundamentals and athleticism. He plays a patient game, has good size, and a real presence in the net,” Lobsinger said. “(He’s) more than capable of coming up big and making game-changing type saves. (He’s) comfortable challenging shooters and playing above the top of his crease.”

Day has made a meteoric rise up the hockey ranks. The 16-year-old Grimsby native started playing house league hockey in his hometown against older kids. 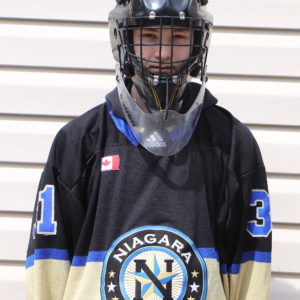 The next season he was playing single A hockey for the Grimsby Peach Kings and halfway through the year the Niagara North Stars AAA goalie was injured.

“I ended up getting mentioned to their coach and I went out and skated with their team. The practices went well and I thought I looked really good out there. I ended up trying out the next year and I have been playing for the Niagara North Stars ever since.”

The Grade 10 student at Grimsby and District Secondary School agrees it was a rapid ascent to the AAA level.

“That was pretty crazy and even my teammates back then were surprised that I had gone from house league to single A to triple A. It was pretty cool.”

Day figures there were a number of attributes that helped progress.

“I was pretty fast with my movements, I was a flexible kid and I was able to make those saves out of my comfort zone.”

His father Chris also had an explanation.

“He had a pretty good teacher over here. Give me some credit,” Chris said, with a laugh.

Nate has always enjoyed the position despite the pressures it entails.

The 6-foot-1, 178-pound goalie has continued to develop year after year and was looking forward to his OHL draft year to show what he could do in front of scouts. Unfortunately, the COVID-19 pandemic had other ideas.

“It’s pretty tough because everything I have been doing has been working up to this moment and for the draft to be pushed back kinds of sucks,” he said. “This year was our year to showcase our talents to the scouts and not being able to do that was disappointing for everyone.”

Day was able to be on the ice with some of his teammates for several weeks in the fall before that was cancelled because of the pandemic. When health guidelines allowed it, he did private training with goaltending coaches. He has been working with outside goalie coaches since his first year of triple A.

Miller has also pushed him to get better.

“I challenged Nate to get out of his comfort zone playing the puck and communicating with his teammates, and despite mainly practicing this season, his improvement in both areas has significantly surpassed what I ever would have expected,” he said.

Day agrees with that assessment.

“Puck handling wasn’t something I was comfortable doing at the beginning because I watched a lot of NHL games and have seen goalies like Mike Smith mess up a lot with the puck and I am scared to have that happen to me in games,” he said. “I am getting more comfortable now and I love playing the puck.”

He would love to continue his hockey career in the OHL.

“There are a lot of great organizations out there and I think it would be such a cool experience to play for an OHL team in a big arena with all those fans.”

Much to his relief, Day has been contacted by a number of OHL teams expressing an interest in his services.

“It’s great that they are still reaching out because after losing this year you wouldn’t think there would be too many watching and contacting you.

“Hearing from them is really exciting.”

Day knows there is always work to do to get better.

“I have to keep getting stronger overall and getting better at everything.”