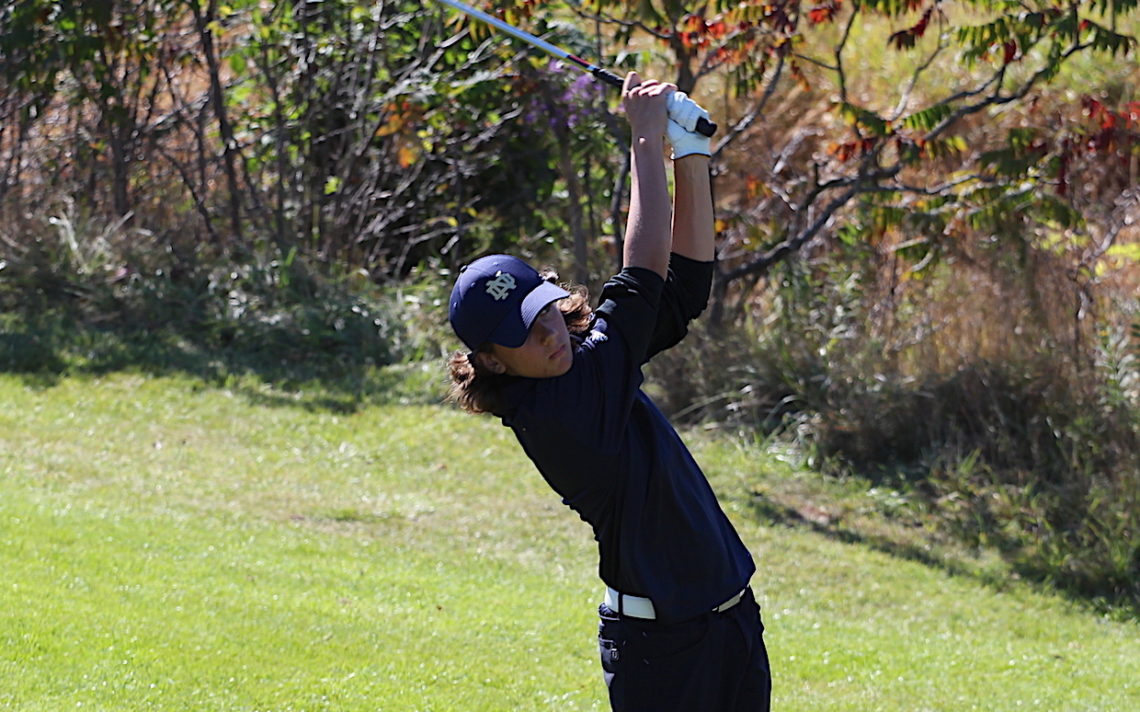 Freddy D’Angelo has been golfing for as long as he can remember.

“I was two years old and I started hitting golf balls in the backyard and on the range,” the 16-year-old said Monday, after firing a five under par 35-32-67 at Twenty Valley to record the low score at the Southern Ontario Secondary Schools Association golf championships.

D’Angelo won the open boys division (golfers who compete on a regional tour or at the provincial or national level) and was the only male golfer from Niagara to advance to the Ontario Federation of School Athletic Associations boys championship Oct. 11-12 at the Kingsville Golf and Country Club.

“I have always been playing really well, but last year is when I shot my best round.”

He carded a two under par score at a tournament in Cambridge which was a harbinger of what was to come in 2017.

Monday’s round tied his previous best of five under par which he shot at the Ontario juvenile (under-17) championships in Sarnia. At that event, he finished at seven under par to win his first Golf Association of Ontario title.

“I’ve been putting really well and I have a pretty good all-around game,” D’Angelo said.

He also hits the ball about 300 yards off the tee.

D’Angelo has been on a roll in high school golf this season. He won the Niagara Catholic Athletic Association Zone 3 pre-zone event at Twenty Valley with a 69 and then won the Zone 3 event at Port Colborne Country Club with another 69.

“I want to go somewhere down south for sure to play university and NCAA stuff,” he said. “I love the game, trying to get better every day and going lower and lower.”

He plays and practises every day even when he doesn’t feel like it.

“Yeah I still go,” he said, with a laugh. “You’re obviously going to have bad days out there and it’s how you recover from it.”

He also made it to OFSAA last year and placed in the top 20.

“I am going to try and play my best at OFSAA and whatever happens, happens. I’ve had a pretty good year and I’m not too worried about it.”

However he golfs, he has a cool demeanour on the course.

“I’m pretty calm out there and I don’t get rattled,” he said.

Ancaster won the SOSSA boys team title with a 322 total.

Blessed Trinity shot an impressive 299 last week at Twenty Valley in the Zone 4 tournament but lost one of its players to a wrist injury suffered while playing hockey.