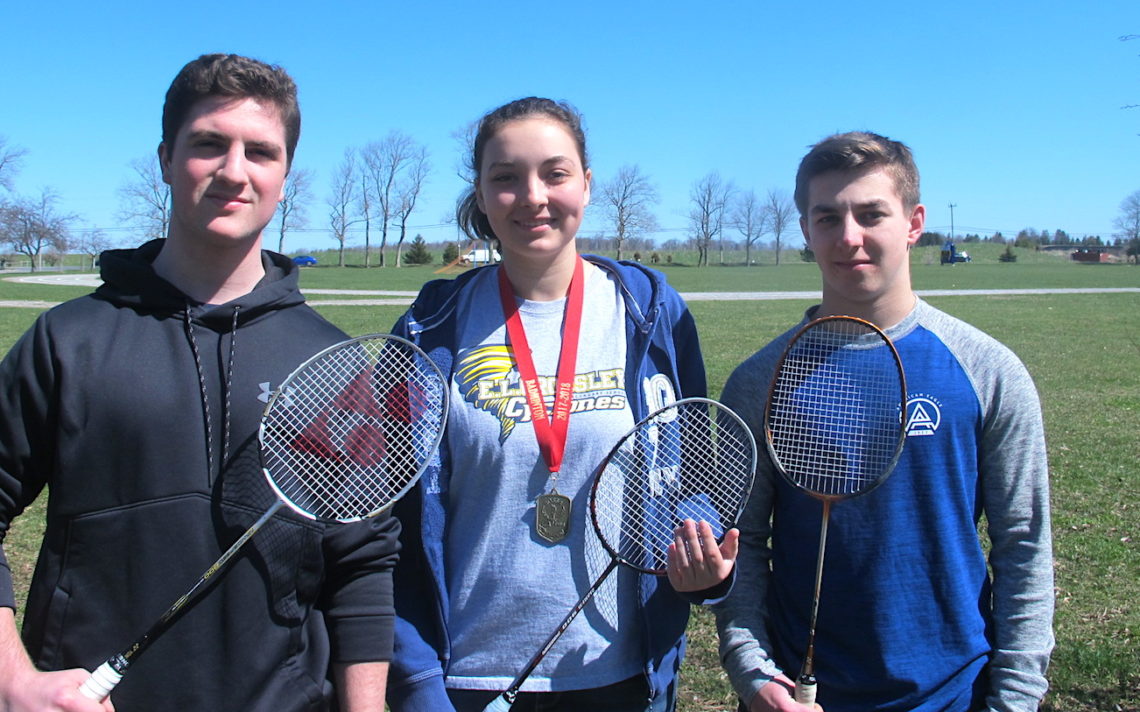 Joseph Loscavo, Liliana McIntosh and Sean Grabell from E.L. Crossley are all off to OFSAA this week. Photo by: BILL POTRECZ

E.L. Crossley Secondary School will be well represented at the OFSAA badminton championships.

Liliana McIntosh, Joseph Loscavo and Sean Grabell all qualified from the Fonthill school for the Ontario Federation of School Athletic Associations championships which begin Wednesday at St. Clair College in Windsor.

“It’s awesome,” Crossley director of athletics and badminton coach Pierre Blanchard said. “If you look at the possibility of 10 teams from the region going to OFSAA, we picked up two of those.

“It’s a huge accomplishment. They earned it and they worked hard for it.”

McIntosh, an 18-year-old, Grade 12 student, qualified in the senior girls open category. It is the first year for the division which is for players who also play outside of school.

“I’m pretty excited,” said McIntosh, who is a member of the Niagara Falls Badminton Club. “I think it’s going to be hard because I’m in the open division which is the hardest division.” 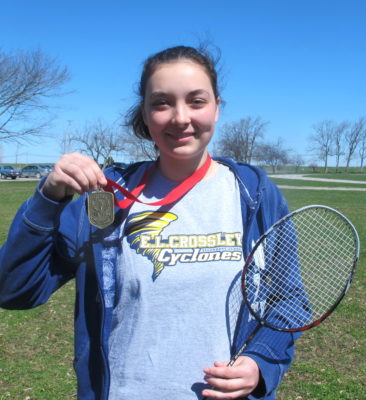 She began playing the sport in Grade 5 after watching her older brother and sister play.

“She’s probably the calmest player we have,” he said. “Her shots are very advanced. She’s very precise in her shot placement. It’s very difficult for her opponent to wait for her mistakes because she doesn’t make any.”

McIntosh feels speed and strategy are the keys.

“I like to hit it cross court. Wherever they are, I hit it the opposite way.”

McIntosh knows it will be tough to come home with a medal.

“I’m just happy to be there. I expect people who play everyday; I just play on the weekends,” she said. “I’m going there to have fun.”

“I’m hoping they have a badminton club there,” she smiled.

Loscavo and Grabell qualified in the senior boys doubles.

Blanchard couldn’t say enough about their commitment to the sport.

“Joey and Sean didn’t miss a practice,” he said. “They would have had trouble competing at any level at the beginning of the year but from sheer determination and intelligence — they are very intelligent boys — they picked up the game’s intricacies.

“They went from being good athletes to badminton players.” 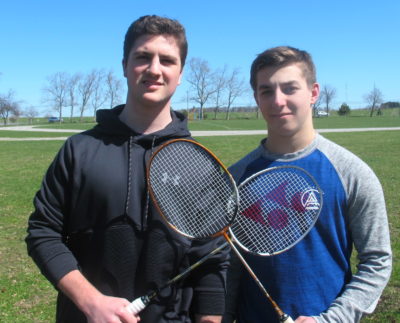 The duo placed second at SOSSA which was held in Ancaster.

“Our goal was to move on,” said Loscavo, a 17-year-old, Grade 12 student. “This is our first OFSAA in any sport. We went in the mental outlook of wanting to do it.”

Loscavo and Grabell lost their first game at SOSSA and then reeled off four wins in a row to advance.

“We lost the first so we had to win the rest which was a bit scary,” said Grabell, a 17-year-old, Grade 12 student. “We just kept winning and winning.

“It was a bit a stressful feeling but we handled it well. We just stayed positive.”

It’s the second year the duo has teamed up.

“We’re happy to be there (OFSAA) but it would be nice to get something,” Loscavo said. “It will be tough for sure.”

Both players began the sport in elementary school.

“They give the gears a little bit,” Grabell smiled, when asked what his friends think of the sport.

Badminton is the biggest OFSAA which incorporates a banquet. More than 500 participants are expected to compete at the three-day event.