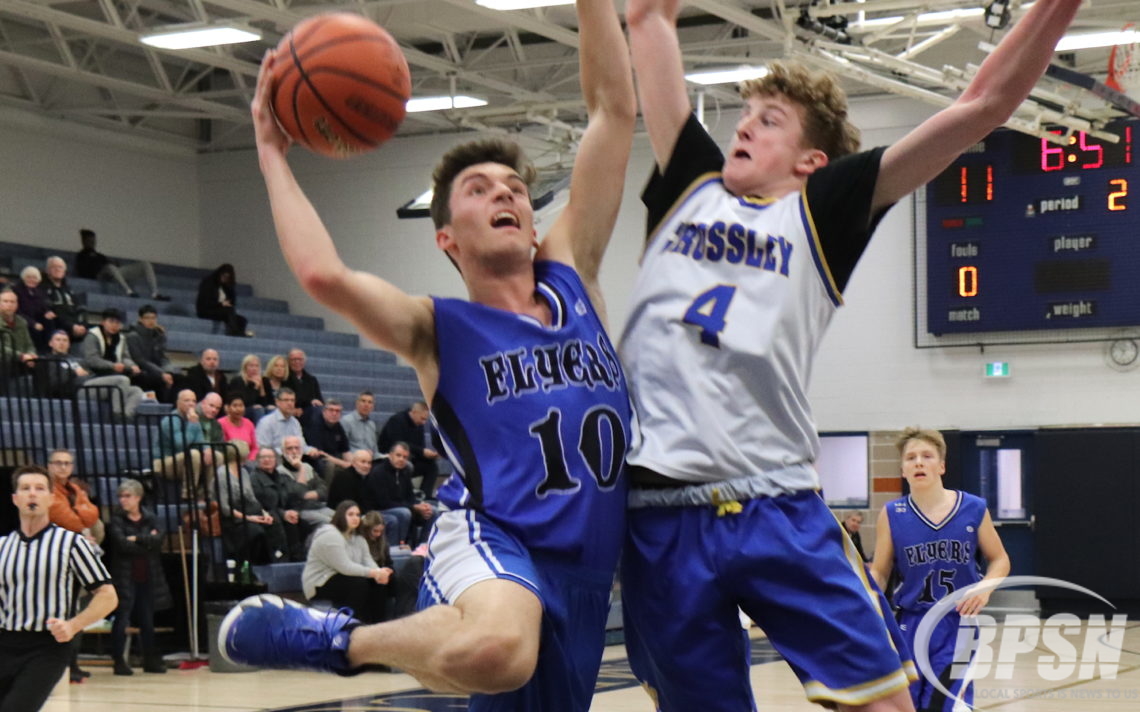 It was only fitting that Jason Carter was the player dribbling the ball Friday in the final seconds of E.L. Crossley’s 76-52 victory over the Eden Flyers in the championship semifinals of the 65th Welland Tribune Basketball Tournament

“He steps up the tempo for us,” Crossley head coach Brian Bleich said. “He is so aggressive on defence and he gets right in other players’ faces.”

Carter also makes his mark on the Cyclone’s defence.

“He gets running and once he gets going, he gets the other four players running with him,” Bleich said.

The six footer loves being the straw that stirs the drink.

“It’s being a leader and trying to get everyone hyped up going into the game,” said the Grade 12 student, who is off to Brock or McMaster this fall to study science. “I make sure everyone plays their roles and I also make sure we play our hardest every day.”

He takes that philosophy into his defensive play.

“They always put me on the hardest guy or the best player on the other team,” he said. “As long as you can stop them, defence turns into offence like my dad always said growing up.”

Carter was playing in his second Tribune tournament. He was a member of Crossley’s team that lost in overtime last year to Notre Dame in the championship semifinals.

“It was really upsetting,” he said.

The 17-year-old is thrilled to conclude his high school career with an appearance in the final.

“Last year we wanted to get there, but this year we have a better team because we got more people to come out and play,” he said.

He can’t wait for Saturday’s final.

“All the fans come out and it is a great atmosphere,” Carter said. “The stands are full and the finals are always amazing.”

He is very familiar with the tournament.

“I went to watch them when I was a kid and it’s a crazy atmosphere.”

“It was a tough game and I expected as much,” he said. “We were prepared for it, we focused on Trent (Thorpe) and we adjusted our defences a lot to deal with him.

“Once we settled in, it worked out fine.”

The Tribune tourney was another successful week for the Flyers. They made it to the semifinals and lost to Crossley after making the Standard semifinals and falling to St. Francis.

“Basketball at Eden is in a really healthy place right now,” Eden head coach Jonathon Thorpe said. “The senior team is good this year and I think it will be even stronger next year. We have a great group of Grade 10s and it’s maybe the strongest group of Grade 9s that I have ever seen.”

Against Crossley, the Flyers had to deal with double teams and a box and one defence used to contain Trent Thorpe.

“They were extremely physical and I thought the refs did a better job in the first half calling all that contact,” Jonathon Thorpe said. “In the second half, they let a little too much of it go.”

He likes where his team is at heading towards crunch time in February.

“We have played 20 games already and it’s only our third loss — one to St. Francis, one to these guys and one to a team from Toronto — so we are doing alright.” 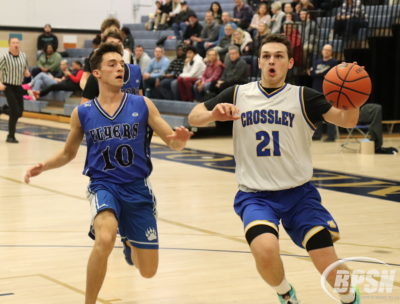