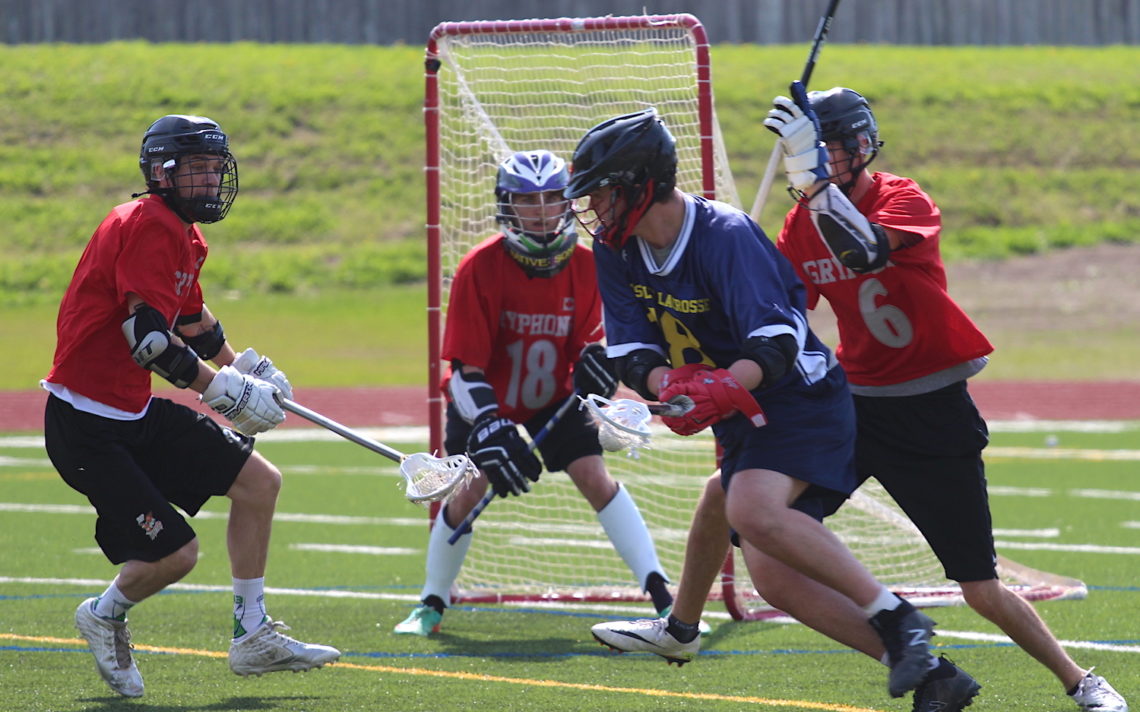 Cyclone playing for his father

James Ross is dedicating his lacrosse season to his father Pete Ross.

“Last year, he passed away and after that I was pretty devastated,” the Grade 12 student at E.L Crossley said. “I stopped playing for a while and took a break and then his friends starting encouraging me to get back out there. They got me a gym membership and stuff so I could play.” 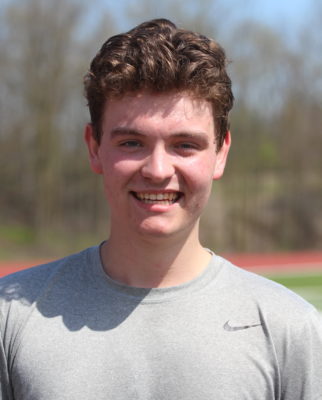 Reminders of his father were everywhere. James has “Cheers, Pete Ross” written on a sticker on the back of his helmet and several of his Crossley teammates have his father’s initials written on tape on the side of their helmets. His teammates on the St. Catharines Spartans junior B lacrosse team also wear the “Cheers Pete Ross” stickers on their helmets.

“It’s a special thing and they appreciate what he did for the community.”

It’s a fitting tribute to a great father and coach.

“He was always coaching me and I can’t remember a year that he wasn’t involved in some way,” he said. “He was a big part of our community for lacrosse and stuff.”

James is enjoying his first year of box lacrosse despite his team’s 0-5 start.

“The lacrosse is good the guys are good and it’s a great atmosphere with a new coaching staff,” he said. “We are going to rebound.”

James has become a key piece of the E.L. Crossley team.

“James is a great player,” Crossley head coach Kim Yallup said. “We got him from South Lincoln with the closure of South Lincoln and we’re super-excited to get him.

“He’s an all-around great kid, he has fit in nice with the guys and they love him.”

Combined with Tanner McEachern and others, James gives the Cyclone an impressive offensive game. 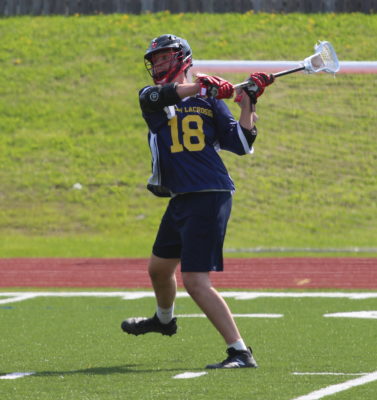 Next fall, James is heading to Dominican College to play NCAA Division 2 lacrosse. The small school near New York City trumped all the other offers he had.

“It’s a good opportunity,” he said. “It’s a way to get out and play some lacrosse and get a free or less expensive education.”

Ross plans to work hard over the summer getting ready for his first season of post-secondary action.

“I have to get faster and better conditioned and that’s basically it,” he said. “I’m already pretty big.”

Crossley was hoping for a big lead versus Greater First Erie Wednesday but it never happened. Leading only 5-3 heading into the final quarter, Yallup was less than pleased with the play of her squad.

“It was a lot closer than I would have liked,” she said. “What happens unfortunately, sometimes it gets in your head that you beat a team 15-3 and you come in with the wrong mindset.

“I tried to set them up not to have that mindset, but it’s so difficult and they came in lackadaisical without the same intensity.”

Annie Rennie and McEachern added a pair of goals each for the Cyclone, who advance directly to the Southern Ontario Secondary Schools Association AA championships May 24 at Kiwanis Field.

“Our goal is to beat Sir Winston and Holy Cross,” said Yallup, adding Churchill is the only team to beat E.L. Crossley this season in league play.

SOSSA has two berths at this year’s Ontario Federation of School Athletic Association championship and the Cyclone are gunning to nab one of those spots.

Preston Ebersole scored twice for Greater Fort Erie and Avery Parker added a single. The Gryphons ended the season without a win, but showed a lot of progress along the way.

“It was a close game and I think our guys have come a long way,” Fort Erie coach Gary Parker said. “It’s our first year having lacrosse here so compared to the first time we played them, we really played tough.

“We made some good shots and we’re getting more consistent, but we are still learning the game.”

Despite not winning any games, the Gryphons had four close encounters.

“Considering it’s our first year, we gave every one of these teams a good run,” Parker said. “We only have a couple of guys who play lacrosse so it’s all about getting the sticks in their hands.”