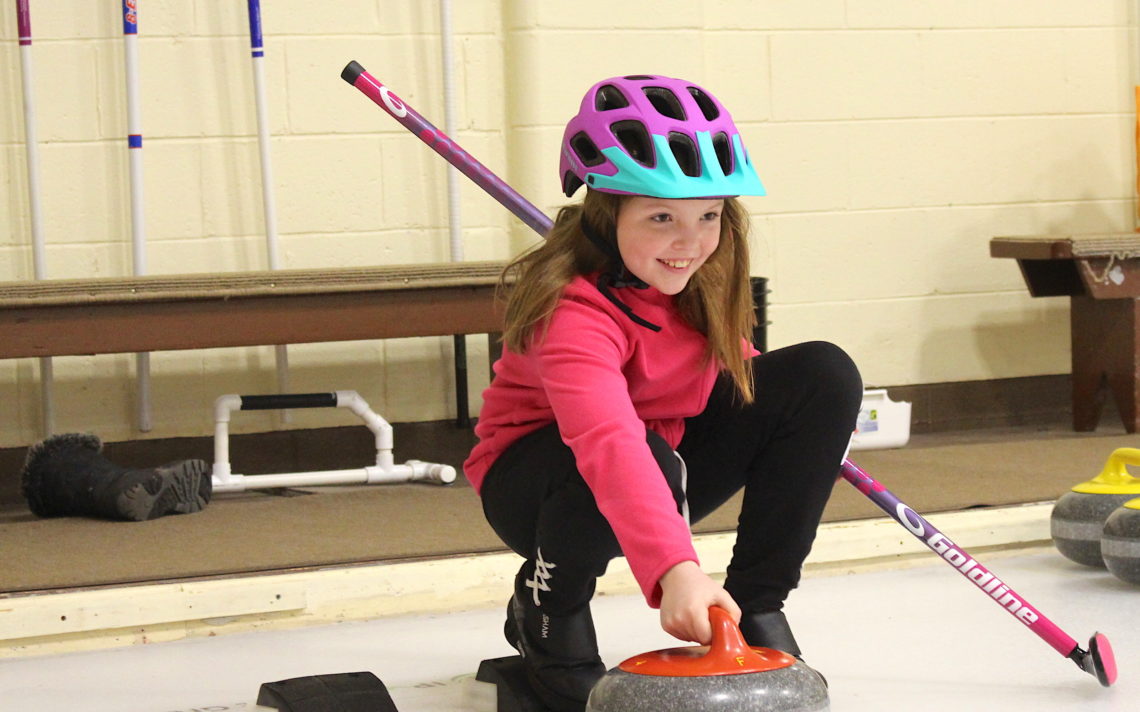 It was more than the big crowd at the Woolwich Memorial Centre in Elmira that was making Claire Fish nervous at the Fourth Annual Hit Draw Tap Provincial Championship last weekend.

While the nine-year-old Niagara Falls girls was competing in the event held in conjunction with the women’s provincial curling championships, a well-known team was warming up on the adjacent sheet of ice.

“I was nervous but I didn’t look at the crowd,” she said. “And Team Homan was there trying out the rocks.”

The Grade 4 student at Prince Philip Public School is a huge fan of Rachel Homan, a three-time Canadian champion, who would garner her fourth provincial title last weekend in Elmira.

And while the pizza party and the backpack and sweatshirt she received were pretty awesome, seeing Homan and her Ottawa-based rink up close and personal was the highlight.

“For me, that was really cool,” she said. “They are a really great team and just watching them warm up was amazing.

“I always see them on TV and I got the chance to see them live.”

Claire qualified for the provincial championships at her home club, the Niagara Falls Curling Club. Competitors attempt five draws, five taps and five hits at their club and the scores are submitted and compared with results from other clubs in Ontario. She ended up qualifying with the sixth best score in the province.

At the provincials, curlers in the combined division of boys and girls, ages nine and 10, did two draws, two taps and two hits. Claire ended up in 10th position.

“It was tough and I didn’t do how I wanted to do, but I did OK,” Claire said.

In addition to curling, she plays violin, house league basketball with the Niagara Falls Red Raiders, dances and takes part in a 10-week drama camp.

Curling, which she has been doing for three years, has become her favourite sport. She takes part in the Little Rocks curling program Sundays at the Niagara Falls Curling Club.

“It’s such a fun thing and your mind is focused,” she said.

This season, she competed in her first-ever bonspiel and would like to do that again. She also wants to improve her curling skills.

“Before I went to Elmira, I worked quite a bit on my slide and I think I was so focused on my shots, I kind of forgot about my slide,” he said. “I want to improve it and make it better because before it was not so good.”