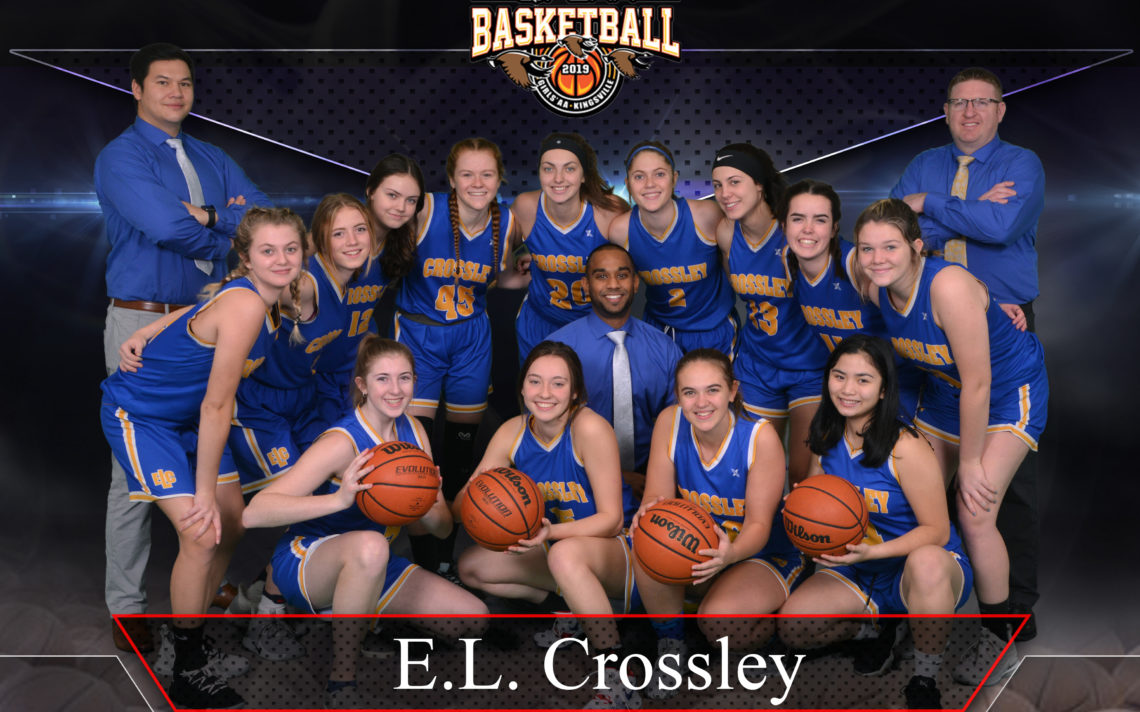 The E.L. Crossley senior girls basketball team capped a highly successful season by making it to the quarter-finals at the Ontario Federation of Secondary Schools Associations AA tournament in Kingsville.

“I was ecstatic with our team’s performance at OFSAA,” said head coach Aaron Belding, who was assisted by Keveshan Padachey, Jordan Lew, Kyle Hingley and injured player/manager Mackenna Belding. “We did very well.”

E.L. Crossley opened with a 53-42 victory over 11th seed and host Kingsville and then advanced to the quarter-finals with a 49-36 victory over eighth-seeded Mississauga Saint Paul. 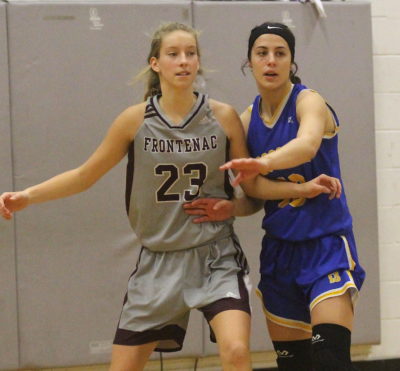 “The team came together and you could just see how their teamwork and cooperation improved,” Aaron Belding said. “It was easier for them to weather the storms.”

The biggest storm came in the first game against host Kingsville.

“We were in a packed gym with all their fans and we were able to slowly beat them and get a 13-point win out of them,” he said.

The Cyclone made the most of the 12 players who competed in the tournament with all contributing at key times in the event.

“Everybody was working to their strengths and we tried to set them up so they didn’t have to do things outside of what they had done all season long,” he said. “It was very beneficial and the girls were able to finish which was the big thing.”

Crossley’s roster boasted four Grade 9s and three Grade 10s and the younger players were able to get their first taste of OFSAA basketball.

“As a coaching staff, we felt everybody had good minutes and played in all three games and it was definitely easier to manage when we were playing well and everybody was contributing.”

Being a varsity team (a mixture of junior- and senior-aged players), Crossley was one of the younger teams at OFSAA. Most of the other teams had four or five Grade 12 players while the Cyclone had only two Grade 12s and four Grade 11s. 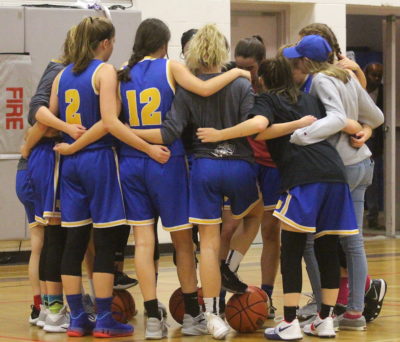 With a nice group of returning players and a promising class of Grade 9s entering the school next fall, the OFSAA experience should help the team in the years ahead. But Belding isn’t taking anything for granted.

“You never know if you are going to make it to OFSAA and being able to give the girls that experience, especially those who are on Grade 9 and 10, was great,” he said. “If it doesn’t happen and we don’t get back, then they’ve still had that experience.”

The OFSSA experience will also boost the Grade 11s.

“They realize how much fun and hard work it was to get there and it gives them something again to strive for for next year,” Belding said. “They can pull the Grade 9s and 10s along with them and get them to perform.”

The OFSAA tournament likely marked the end of the high school careers of Grade 12 players Sydney Grummett and Tess Puchalski. Both fouled out in the second half of the 77-55 quarter-final loss to the top-seeded and eventual champions from Kingston Frontenac.

“It was definitely an emotional game for them,” Belding said.

Having them fouled out of their final game was tough.

“I never in a million years would have thought of that,” he said.