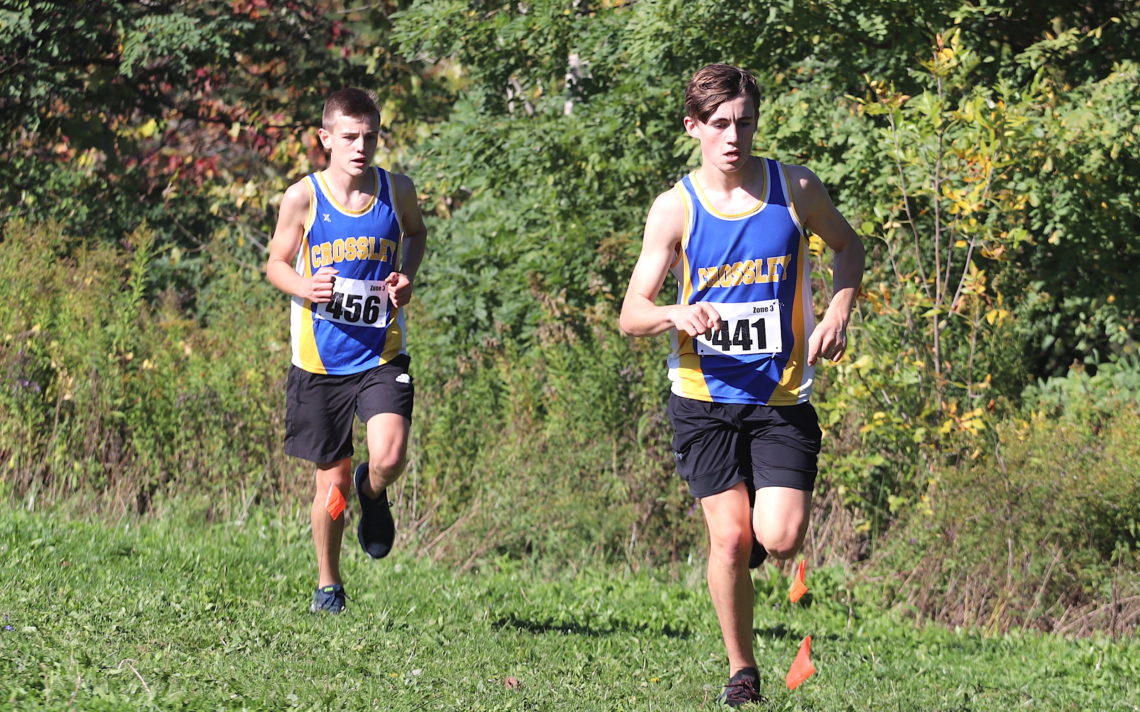 A physical therapist rushed over to help him but he was quick to tell her he was OK and that it was his signature move.

“It all started back in the summer of 2020 when I got a personal best in the 1,500 and then I dove onto the track after I was done,” the Grade 12 student at E.L. Crossley said. “Any time now that I know that I pushed it to the limit, I do a little tumble at the end just for fun.”

The 17-year-old Fonthill resident has gotten used to medical personnel rushing over to help him.

“It happens every time but I hope they get used to it because I am going to be giving it all I got at SOSSA (Southern Ontario Secondary Schools Association) and at OFSAA (Ontario Federation of School Athletic Association).”

In Grade 9, Kleinsmith won zone, place fifth at the SOSSA meet and was 55th at OFSAA. In Grade 10, he was first at zone, second at SOSSA and 28th at OFSAA.

Unfortunately for the member of the Thorold Elite Track Club, last season was wiped out by the COVID-19 pandemic.

“It was really tough because I knew I would have been up there with those top Grade 12s and been able to compete and push with them. I got that taken away from me and it sucks that I lost that extra year.”

He is looking forward what lies ahead this season.

“I know I can definitely move on to OFSAA and come top five individually. At OFSAA, I am going give it all I got because it is my last shot to give it all I’ve got for Crossley and really push through all the pain because the three previous years have been preparing me for this year.”

This past summer, he was second in the 2000-metre steeplechase at the NXTChamp Invitational championship.

“I didn’t surpass my goals I had going into the track season but now I am in cross country I am hoping to do that.”

He is hoping to run at the next level and is considering Waterloo, Memorial and Humber College.

“Since I have been doing all this work for running, I am hoping to take it to an even higher level. That would put the icing on the cake.”

With a big lead in Tuesday’s Zone 3 junior boys cross country race, Matthew Kleinsmith was still chasing down someone in front of him.

“I try to keep my pace and I try and catch the biker. That’s always fun.”

The biker he was referring to is a mountain biker who leads the runners through the course.

The Grade 10 student at E.L. Crossley enjoyed the challenge.

“I was close to catching him today. I’ve got to make him work,” he said, with a laugh. “I was going to tell him that I was going to slow down but I didn’t.”

The Firemen’s Park course has been good to the Thorold Elite Track Club member, A few weeks ago, he won a cross country event on the same loop.

He was confident going into Tuesday’s zone event.

“I know some other runners who are in my club and I was expecting to be close to them but I thought I would win by a good amount,” he said. “I was surprised by how much I won by and I didn’t expect it to be like that.”

The race was the first high school event Kleinsmith competed in but he did come into the fall season race ready. At the NXTChamp Invitational championship in the summer, an invitation-only provincial meet, he won silver in the 3,000 metres and fourth in the 1,500 metres

He has been since running since Grade 3 and had been a member of the Thorold Elite Track Club since Grade 8.

He broke his foot and was unable to run until the beginning of Grade 9.

“I am hoping to continue my running throughout high school because it is really going to keep me in shape. I also play basketball and I am looking to do that as well.”

Max Myers had one goal in mind at Tuesday’s Zone 3 cross country meet.

“I wanted to beat my friend (Jackson Sider) over there because he beats me in practice all the time,” the Grade 9 student at E.L. Crossley said.

The 14-year-old Fonthill resident did just that beating Sider across the finish line in the novice biys event.

“Today I came ready to win,” Myers said. “I was ready and I was prepared. It came from my gut.”

Having a teammate to push him was crucial to Myer’s victory.

Myers ran in Grade 2 and 3 and then started running again in Grade 5 and 6. In Grade 7 as a student at Wellington Heights, he placed third at the District School Board of Niagara meet.

“I love the adrenaline rush of running,” he said. “It’s fun and it picks me up.” 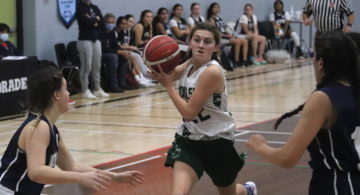 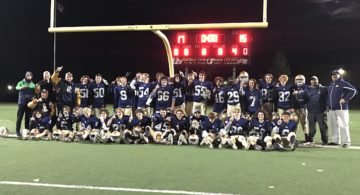