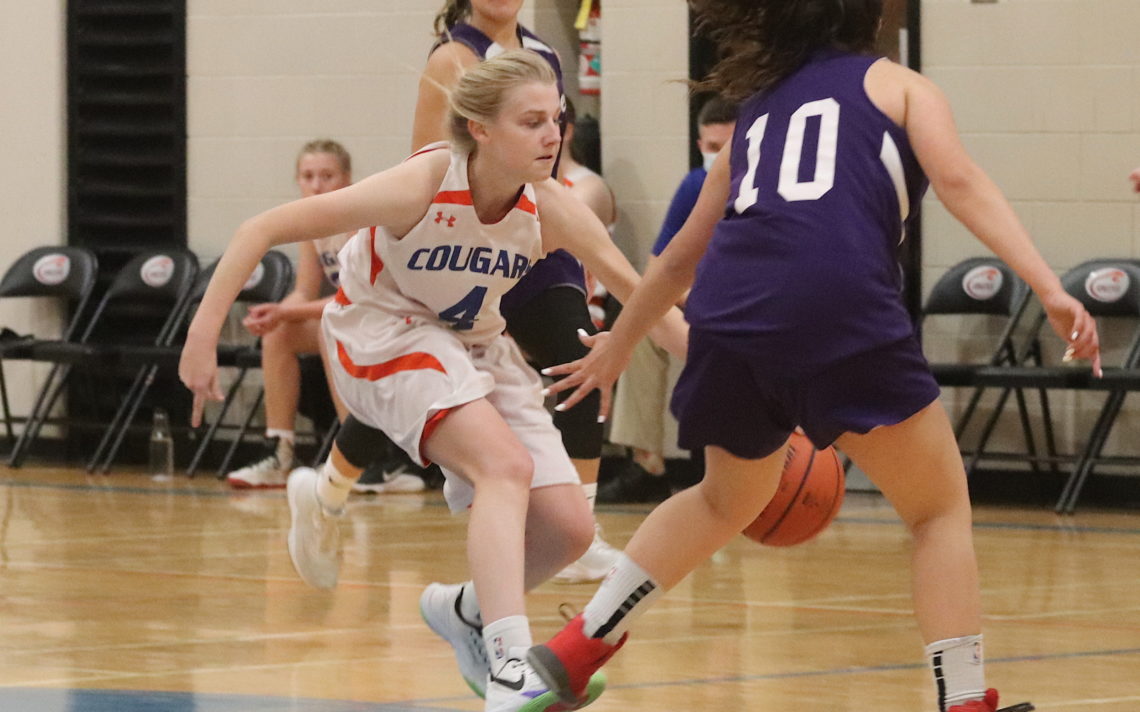 Centennial opened SOSSA with a 64-19 drubbing of Sir Allan MacNab in the semifinals and then defeated the Niagara Catholic Athletic Association (Zone 2) champion Saint Francis Phoenix 61-48 in the final.

“Everybody played really well,” Saint Francis head coach Karly Ruetz said. “We are very proud of our entire team, particularly all of our graduating players. No matter who was on the floor, everybody worked their hardest and we couldn’t have asked anything more of them than that.”

Centennial head coach Craig Maltais was thrilled with the victory.

“We have had a great season,” he said. “We want to play for each other, play hard, and see what happens in the end.”

“It was a slower start to our season as we navigated COVID protocol and just general return to play for most of our girls,” Maltais said. “I think that as the weeks passed, our girls quickly got back to game speed and they developed more chemistry on the court.”

He feels one of the keys to the Cougars’ late-season success was having everyone on the roster being able to contribute meaningful minutes and score when needed.

“Our offence has been more balanced in recent games. We have also been able to really buy-in and play hard defensively,” Maltais said. “But mostly, I think the girls are happy to be back playing sports, playing with each other and enjoying the competition.”

Other members of the championship team, coached by Maltais and Kelly Spiers, are Jordyn Parkes, Zoe Sacuta and Alexxis Smith.

At OFSAA, Centennial will compete in Pool A against King’s Christian, St. Ignatius, La Salle and O’Gorman. Saint Paul will be in Pool B with Frontenac, Lo-Ellen Park, North Park and Holy Cross.

The top two teams in each pool will advance to the semifinals Saturday at 9 a.m. at Saint Paul and Saint Michael. Both medal games will be contested at Saint Paul with the bronze-medal game going at 2 p.m. and the championship game at 3:30 p.m.