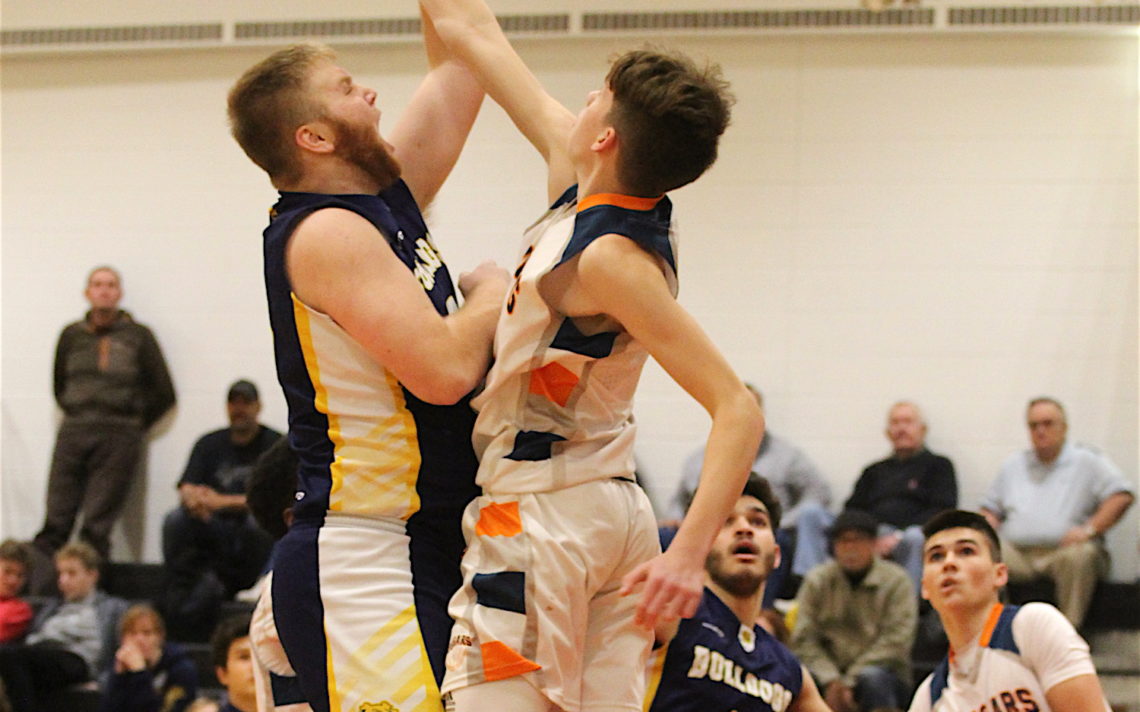 Connor Joliffe, far right in file shot, is a key part of the Centennial Cougars as they head into this week’s 63rd Annual Welland Tribune Basketball Tournament. Photos by BERNIE PUCHALSKI.

When Phil Mosley began his tenure as the head coach of the Centennial Cougars senior boys basketball program nine seasons ago, the team ended its year with a 30-point loss to Port Colborne in the Zone 3 quarter-finals.

By the following season, his team qualified for the Southern Ontario Secondary Schools Association championships and the Cougars have not looked back since then. They have become one of the top basketball programs in Niagara.

There is no secret formula to explain the squad’s success.

“I ask the kids to commit almost 100 per cent to basketball, training as much as possible, and we really don’t take seasons off,” Mosley said.

Once the high school seasons ends in April, practice on skills development continues in the mornings in May and June.

“I try to work as hard as I can and I ask the kids to work hard and it seems to be somewhat successful here,” Mosley said. 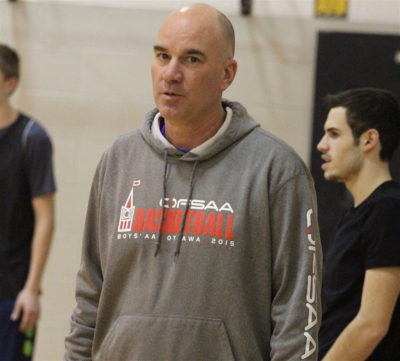 He also credits No Limit Performance for helping to take his players to the next level.

“This is not a shameless plug but I have to say that,” he said. “The kids that are really excelling here are die-hard No Limit kids.”

The Cougars’ style of play is up-tempo with a lot of shots being taken.

That focus on shooting sees the Cougars in the gym constantly.

“A lot of it is dictated on whether the kids buy in,” Mosley said. “If they are pushing it, I set things up.”

This past summer, the Cougars added some scrimmaging to their practice schedule. Centennial scrimmaged with St. Francis every other Tuesday for a couple of hours for most of the summer and then hit the floor with Denis Morris four or five times at the end of the summer.

“St. Francis are kind of the gold standard and what we were trying to do in the summer was keep competing,” Mosley said.

“The coaches are definitely a big help; head coach Phil and assistant coach Tony (Ferrusi),” he said.  “Everyone is very dedicated here and we know we have a goal in the end and we are all trying to meet it.”

That goal is to make it to the Ontario Federation of School Athletic Association AA championships.

“We work as a group, we enjoy playing basketball, and we know what we need to do at the end of the year to get there,” Joliffe said.

Heading into this week’s Tribune tourney, the Cougars are 5-0 in Niagara Region High School Athletic Association play. In tournament action, Centennial made it to the finals of the Standard tourney, went 2-1 at the Jacob Ranton tournament in Waterloo, and went 1-2 against some tough teams at the Tyler Grummett Memorial at Brock.

“We are probably better than we have been in the past just because I brought almost everybody back which helps a lot; continuity, game experience and stuff like that,” Mosley said. “In terms of this region, I would say we are pretty strong. We are in the upper tier, for sure.”

Mosley feels St. Francis and Saint Paul are the Cougars’ two toughest foes in AA play in Niagara. To get to the SOSSA playdowns and beyond, the Cougars will need to get by both squads.

“We always set OFSAA as our goal but it will be a very difficult task,” Mosley said.

Centennial lost to St. Francis last year in the SOSSA final and didn’t advance to OFSAA. The two previous years, the Cougars went to OFSAA as the second entry from SOSSA but there was no second entry in 2017.

The Tribune tourney is a crucial part of the Cougars’ schedule.

“The Trib tournament is obviously a big deal,” Joliffe said. “It is a Welland tournament and it’s big here in the city.”

Mosley doesn’t need to remind his team of last year’s setback or that they can compete against their crosstown rivals.

“Last year we weren’t sure and we were down by 15 at half and the kids battled back and made it a game,” he said. “We don’t just want to make it a game any more. We feel when we walk on the court that we expect to win every game.”

Last year’s loss is still in the minds of the Centennial players.

“It is definitely motivating because everyone doesn’t like losing and we know that feeling,” Joliffe said. “We have to remember that feeling when we are playing and know that we don’t want to feel that way again.”

A better opening to games will help prevent that feeling.

“We have to get off to better starts and that has been a problem this year as well as last year,” Joliffe said. “We know that.” 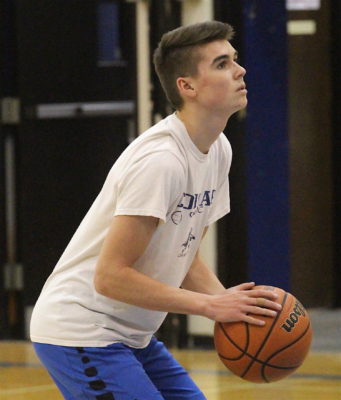 Joliffe, the team’s 12B point guard, will be a key part of the team’s success at the Tribune tournament and what lies ahead.

“He’s not scoring 20 points a game but he is our emotional leader and a guy that we look to to do things,” Mosley said. “He rebounds really well, he’s a good team leader and is very fiery and he makes good decisions.”

Last year, the 18-year-old was one of Centennial’s leading scorers, including hitting six threes in one game.

The six-foot guard has turned his attention to things other than scoring this season.

“It has changed a bit because there are guys on our team that like to score and not everybody on the team can score,” he said. “Someone has to be the glue guy and keep everything together so I’ve changed my game to facilitate and get other guys open because they like scoring more than I do.”

It’s a glory-less role that not every player wants to take on.

“I don’t know if it’s maturity or if it’s all I care about is winning and our team doing its best,” Joliffe said. “I will do everything it takes to make sure we get that W in the end.”

The Cougars open the Tribune tournament in their home gym Wednesday at 1:30 p.m. versus Lakeshore Catholic.