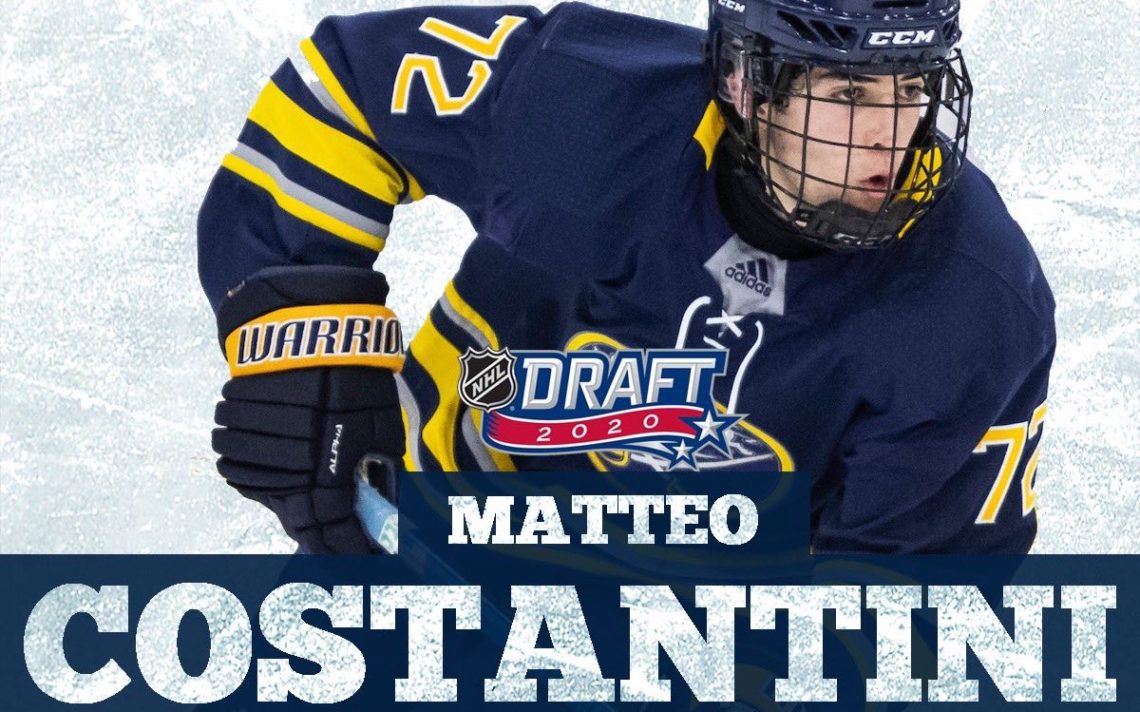 Constantini thrilled to be a Sabre

Matteo Costantini is a Sabre once again.

The 18-year-old St. Catharines native, who played last season with the Buffalo Jr. Sabres of the Ontario Junior Hockey League, was selected by the Buffalo Sabres in the fifth round (131st overall) of the National Hockey League draft Wednesday.

The St. Francis graduate could hardly contain his excitement with the news.

“Oh my god, it’s a dream come true,” Costantini said. “I just played there last year. I’m speechless. My phone has been ringing off the hook.”

Costantini said soon after the selection was made he was on a FaceTime call with Sabres general manager Kevyn Adams and owner Terry Pegula. He then took several calls from others in the organization, including Welland’s Matt Ellis, who was recently named the team’s director of player development. 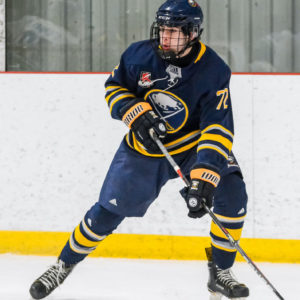 Costantini figures the Sabres familiarity with his game no doubt played a part in the pick.

“They were probably at a lot of my games, if not all of them so that definitely helped for sure,” he said.

Costantini put together a memorable season with the Jr. Sabres in his draft year leading the team in scoring while being named rookie of the year and also taking home the Top Prospect Award as well as earning a spot on the second all-star team. The six-foot, 174-pound centre, collected 36 goals and 68 points in 50 games.

Costantini was ranked 96th overall among North American skaters by NHL Central Scouting and maintained a positive outlook prior to the draft.

“There were teams that were showing more interest than others, but I had a really good feeling I was going to go today,” he said. “I heard from scouts I talked to or even schools I had a really good chance of going. I just didn’t know where or when.”

Costantini is currently playing with the Penticton Vees of the British Columba Hockey League where he has suited up in four exhibition games.

He also recently committed to the University of North Dakota for the 2020/21 season.

“You have to take it day by day and try and enjoy it with my family,” he said of all the good news of late. “Huge shut out to them, my coaches in Buffalo, my mom and dad, my brother and even the coaching staff here in Penticton. It’s been awesome so far.”

Costantini, who is undecided what he will major in at North Dakota, is looking forward to the NCAA experience.

“I’m extremely excited,” he said. “Their history kind of speaks for itself and that’s what pushed me over the edge with them. I felt super comfortable with their coaching staff and their hockey is top of the line every year

“I don’t think I could have gone wrong.”