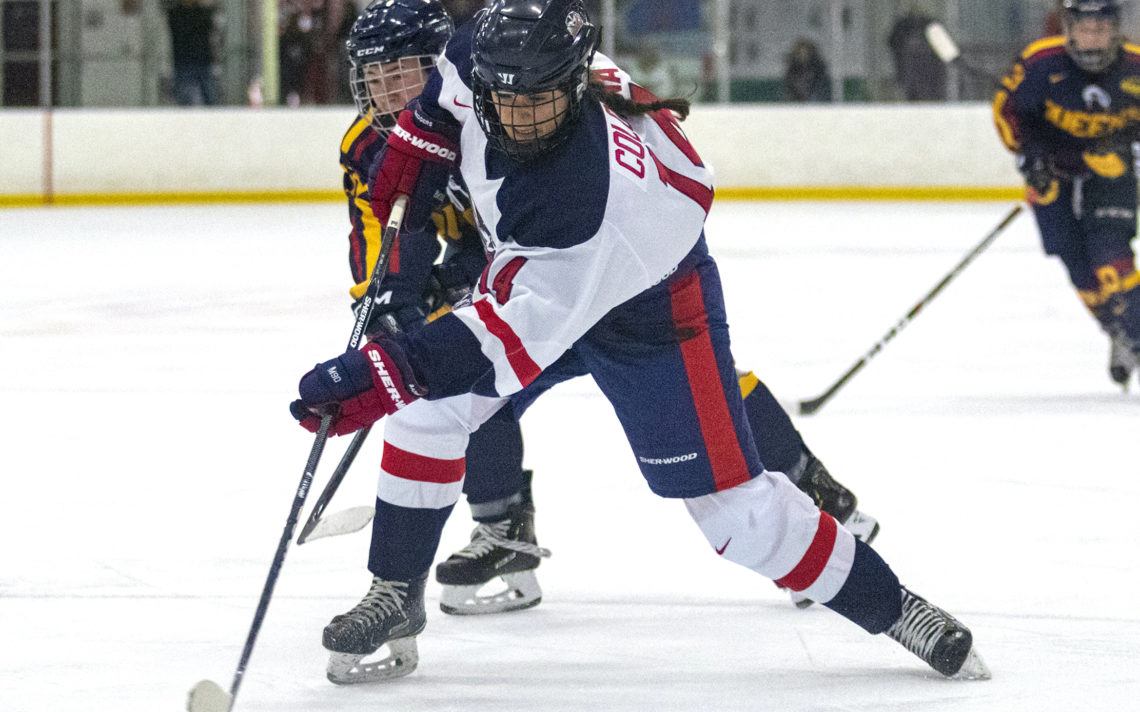 One Sunday night in late September, the 21-year-old Mississauga native and defensive stalwart for the Brock Badgers women’s hockey team began experiencing a bad headache. It got so bad Colonna went to a walk in clinic where it was misdiagnosed as a sinus infection.

A couple of days later after three trips to the emergency ward and with the pain intensifying and her eye swollen and bulging, her roommates called Colonna’s parents who quickly got her to a specialist.

The specialist took one look, diagnosed her with orbital cellulitis, and booked her for surgery in Hamilton where doctors removed an abscess from behind her eye.

“It was the worse pain you could every have, the worse headache ever,” she remembered. “Everything was swollen and a there was a lot of pressure in my head.” 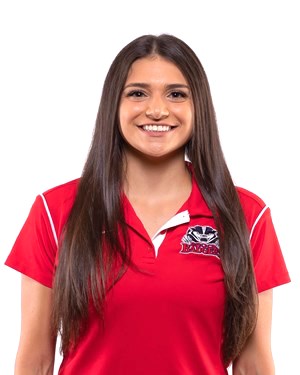 Colonna still recalls the incident with a shudder, although she was determined not to miss any time on the ice.

“It was pretty scary at first. My concerns at first were I have a headache or sinus infection and am I going to be back because we were going to Kincardine (for an exhibition game),” she said. “I kept saying I was fine.”

Surgery was a success, and after five days in hospital, Colonna went home to Mississauga to convalesce.

“It sucked,” she said. “At the point where I needed surgery, I was (thinking) do whatever you need to do, just make me better. After that it sucked being home.”

Thanks to her parents and grandparents, Colonna was quickly on the mend, although she was restricted from doing a whole lot.

Visits from Brock coach Margot Page and her teammates were definitely a highlight.

“Teammates and visitors came which was always exciting because I got to do something other than sit on my couch,” she said.

“She was positive through the whole experience,” Page said. “She’s a pretty incredible person.

Colonna kept her hand in school taking a couple of courses from home and eventually was able to visit her teammates.

She was finally cleared to resume physical activities in December but made the decision to sit out the rest of the season and be 100 per cent form the start of this season.

Looking back, Colonna still wonders how it happened to her.

“It’s not funny but I still joke with the girls. I eat healthy, I have good hygiene, I do all these things right and for it to happen to me, you can name so many others. It’s a bacteria so it would be more likely to get someone else.”

Now that she is back on the blueline, Colonna admits she appreciates the day-to-day journey a little more.

“It’s a lot more fun and you look forward to being on the ice and with the team,” she said. “Usually you take it for granted and then something so quick can happen, you’re just taken out.

“You really look forward to the times you get to spend with everyone.”

Colonna, who maintains a 90 per cent average majoring in kinesiology, is the backbone of the Badgers blueline.

“She’s a leader on the team in a lot of different ways,” Page said. “She’s our top D. When she’s back there, she calms everything down. She gets plays moving and she’s physical.

“She’s a great role model because she really tries to do things right.”

Colonna, who missed the last two games because of a concussion but has been cleared to play, also spent time on the sidelines two years ago after scoring a goal with a broken finger that helped the Badgers secure a playoff spot.

“She is an impact player,” Page said.

Colonna still has two seasons of athletic eligibility remaining and has applied for her Master’s degree.

The Badgers are at Ontario Tech Friday and Queen’s Saturday.