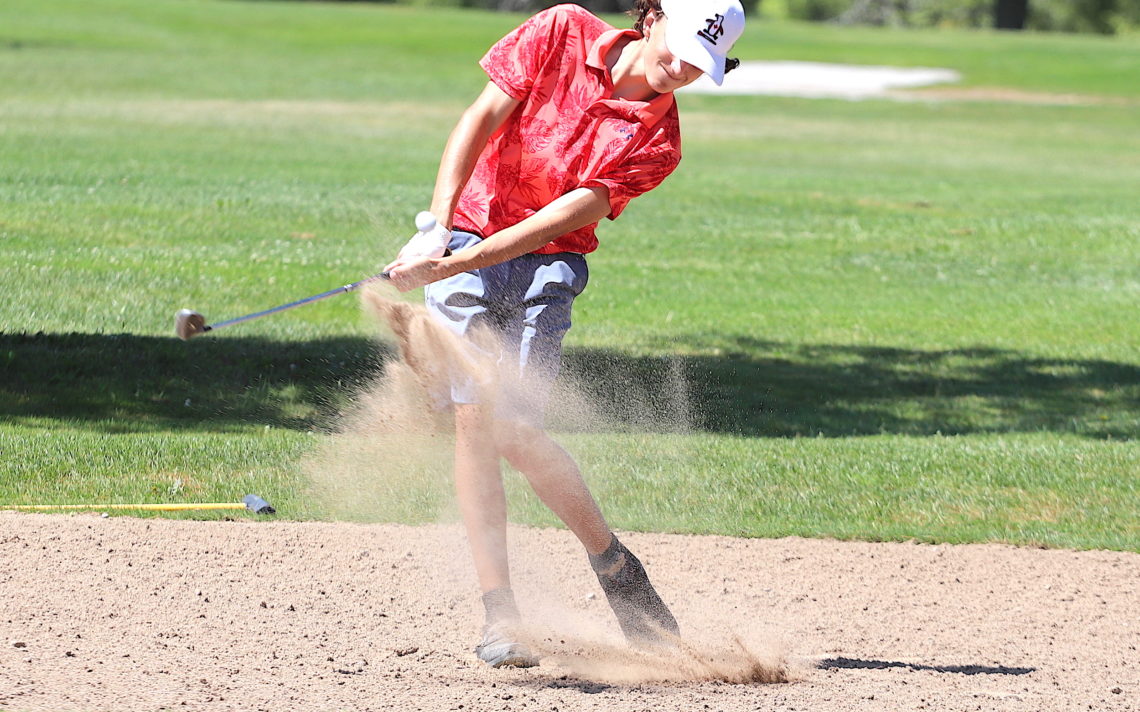 Sawmill’s Cole Thompson is part of the next generation of top junior golfers already making a name for themselves in the under-19 division of the Niagara District Junior Golf Tour.

Heading into Friday’s tour stop at Willodell, the 15-year-old Beamsville resident was leading the points race after back-to-back victories at Twenty Valley and the Ussher’s Creek course at Legends on the Niagara.

“It has been going pretty good and I improved a lot over the winter. I knew I would do well but I didn’t expect to do this well,” Thompson said Friday, after tying for third with a 75. “It was a surprise, for sure.”

Cherry Hill’s Noah LeBrasseur won the tournament with a 73 to record his second tour victory of the season. Other winners were Sawmill’s Casey Kenney in the girls division, Sawmill’s Trent Clarke in the under-15 boys division and Pen Lakes’ Brennan Turner in the under-13 boys category.

Thompson quit playing competitive baseball when he was 12 to focus on golf. He didn’t start playing tournaments until he was 13.

Quitting baseball was an easy choice for the Grade 10 student at Blessed Trinity.

“I am not the quickest thinker when it comes to baseball so golf gives me a little bit more time to think,” he said. “I am pretty good at thinking about my shots and planning it out. Once I have a plan, I stick to it.”

It has turned out to be the perfect sport for him.

“I really enjoy being out here and having fun with my friends. I just kind of grew into loving it.”
He credits the success he has this summer to a number of factors.

“I have played a lot of different courses so I am able to adjust really well to new courses. I have also been using Decade, a course management system, and it has helped me plan out my shots better and helped me to figure out how to attack different golf courses.”

He has made a number of strides in his game this season.

“I am definitely driving the ball and hitting my irons better. My short game has always been pretty good because I needed it when I was younger and didn’t hit the ball very far,” Thompson said. “I have gained a lot of distance this year so I am able to attack more of the par 5s and get some wedges in my hands on the par 4s. My wedge game is also pretty good.”

He is working hard to get to the next level.

“My goal is to get to a scratch handicap and I am sitting at a three right now. I just need to shoot a couple of rounds at even and under par to get there.”

Given his history, becoming a scratch golfer is only a matter of time. He was a 36-plus handicapper when he was 13, dropped it down to 16 last year and this spring he started with a 6.9 handicap.

Next stop on the tour is Monday, Aug. 8 at Grand Niagara.