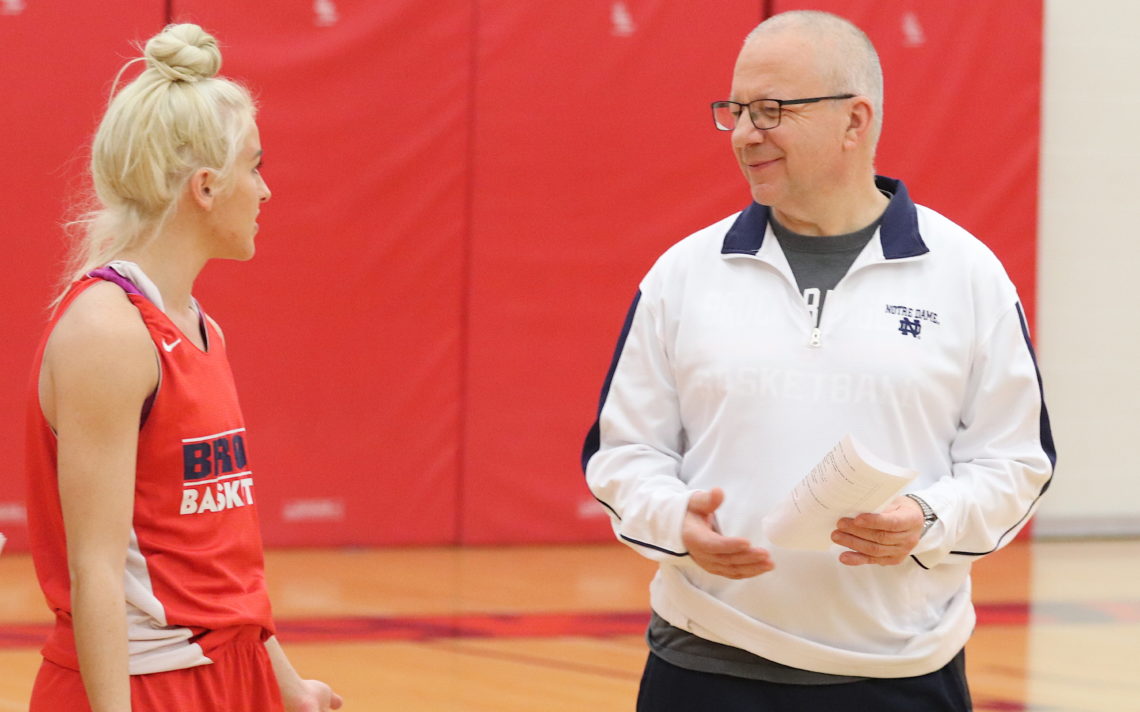 Coach of the year does it his way

The newly minted Ontario University Athletics’ and U SPORTS’ women’s basketball coach of the year deftly deflects the credit to others.

“To me, it’s more a reflection of the players,” Brock head coach Mike Rao said. “I don’t put too much credence into it because it’s an award you get because (Melissa) Tatti makes some shots, Sam (Keltos) makes some shots and Jess (Morris) makes some shots. You end up on top and all of a sudden you are given this award.

“It is more of a team award and a players award than anything else.” 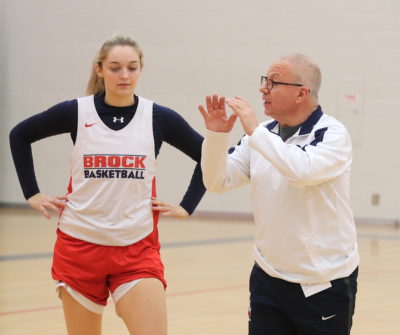 Tatti, who was named the OUA player of the year, feels Rao deserves a lot of credit for guiding the Badgers to a 17-5 regular-season record, a year-long residence in the U SPORTS top 10, an OUA championship and a berth in this week’s U SPORTS championship.

“He’s awesome. He’s the coach of the year and it’s well deserved,” she said. “He turned this program 360 degrees around. Three years ago, Brock was the worst team in the OUA and now we are the best team in the OUA which is crazy to even say that.”

Tatti points to a lot of attributes which make Rao special.

More than 30 year of coaching experience benefits Rao, but that’s only part of the equation.

“That helps but we are such a family and he’s not just our coach,” Tatti said. “He is like our second dad and that makes the whole experience that much more special.”

Tatti was the OUA scoring leader this season and she gives Rao full credit for that accolade.

“It took about a year and a half of him being in my ear about more arc, cock your wrist, continually telling me the same three things and I finally got it the last semester.” 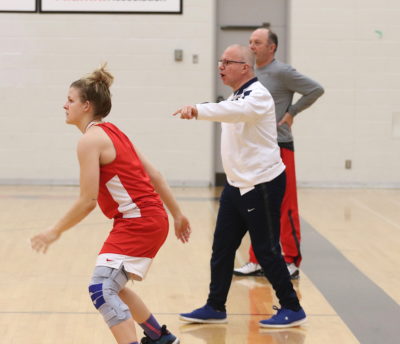 Tatti had three straight 30-plus point games during one stretch of the second semester.

Assistant coach Rick Lostracco, who has known Rao since he was six, isn’t surprised by Rao’s coaching prowess but is a little surprised that Brock head’s coach was able to have so much success with limited recruiting to start his tenure at Brock.

“His players will go through a wall for him,” Lostracco said. “He knows how to treat them. He knows when to kick them and he knows when to pat them.”

The recognition is a little bit of vindication for Rao, who is taking the same approach at Brock that he took as a successful high school boys basketball coach at Notre Dame in Welland. Not many thought it would work in women’s university hoops.

But a system is only as good as its implementation.

“The girls bought into it,” he said. “It’s not really what you do or how you do it if everyone buys in. There are many different ways to get to the same place.”

Rao describes the Notre Dame way as: everyone defends the same way; every player is a threat to score; every player touches the ball; and, it is five players on a string, moving together.

“If one moves, they all move,” he said. “It is movement all the time and creating space. It is ball movement and player movement in an organized fashion.” 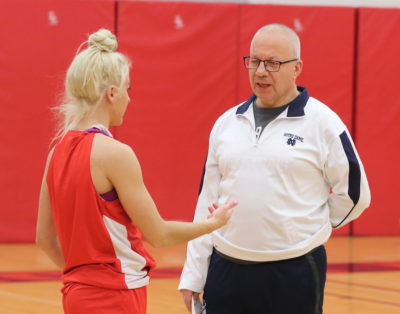 Another key part of the Rao Way is coaching up his players. At Notre Dame, it meant individual workouts in the gym in the morning, during his lunch hour or when he had a free half hour. At Brock, it is scheduled for 10 a.m. to 1 p.m. and includes anywhere from one to three players.

“We work on the basics; dribbling, passing and shooting,” he said. “When they tell you that they don’t shoot the ball well, we work on that every day.

“I have always believed the individual training is a big component of what we do as a team. Applying the individual skills into the team concepts works for us.”

“We grew up together and I trust him implicitly. He has a good basketball mind and he helps out with a lot of things from scouting to bench coaching,” Rao said.

Second-ranked Brock opens the U SPORTS championship Thursday at 3 p.m. against Calgary.