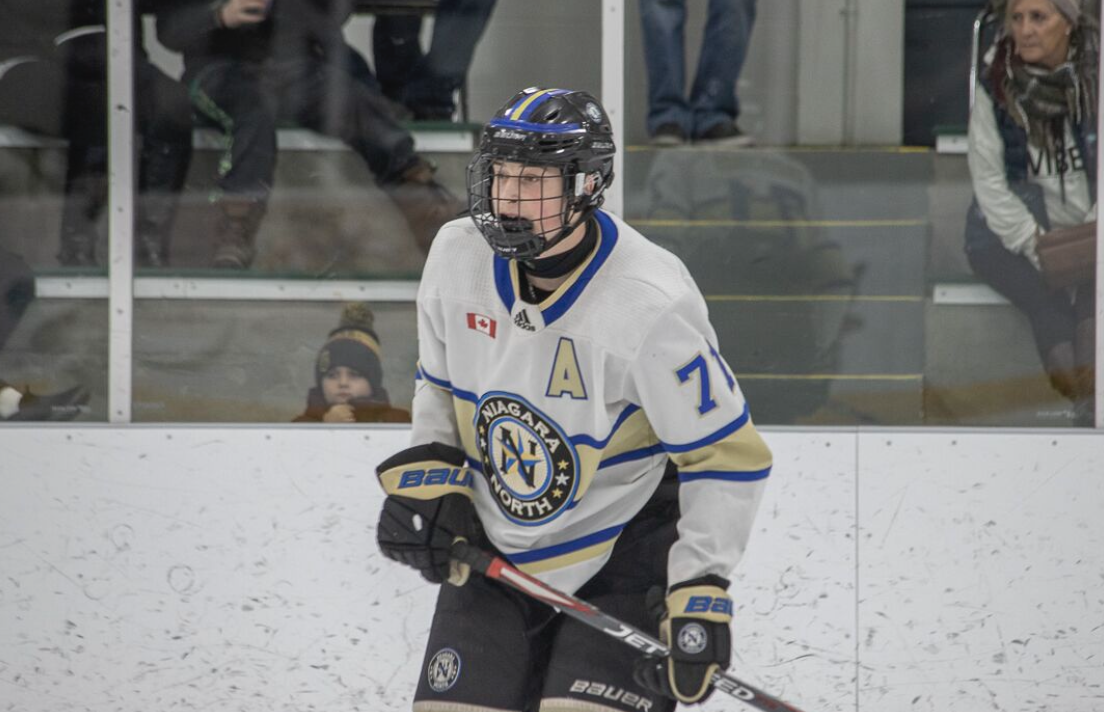 Listed as an honourable mention by prospectpipeline.ca among the top 150 players for this Saturday’s Ontario Hockey League draft, the 15-year-old St. Catharines native delivered more often than not.

“He scored the overtime winner in Game 4 against Buffalo in the second round of the playoffs to force a Game 5 and he scored the tying goal in the last 30 seconds of a game versus Hamilton to help us finish second in league standings,” Niagara North head coach Matt Miller said. “He has been very clutch for us.”

The 6-foot-3, 177-pound forward led the Stars in points per game, averaging 1.25 per game, and finished second overall in points to Tai York with 27 goals and 66 points in 53 games played. He was coming off a season where he lead the team in scoring as a bantam.

“I had a lot of clutch goals,” he said. “I had a couple of overtime goals and ones that tied the score in the last minute of the game.”

The Grade 10 student at Governor Simcoe attributes his clutch scoring to his heart and desire.

“I hate losing and I will do anything to help my team win the game,” said Whitcomb, who wears No. 71 and models his game after Evgeni Malkin.

His head coach has been impressed with his play this season.

“He has high-end vision, hockey IQ and hands,” Miller said.

Whitcomb has been playing with the Niagara North Stars since the novice level and he has had a long-time goal to play in OHL.

“I grew up watching a lot of OHL games and it has always been in my mind to want to play there someday.”

That interest has been sparked by attending as many IceDogs games as he can.

Whitcomb realized last season he had a chance to play in the OHL.

“My parents and coaches gave me confidence by telling me I had the potential to get drafted into the OHL,” he said.

“It made me work harder, set a goal for myself and try to achieve it.”

The biggest improvement this past season came in his goal-scoring abilities.

“Last season I didn’t score as many goals so I worked on my shot and my accuracy and it turned out in a good way by helping me score.”

He feels he is ready to take the next step in his hockey career.

“I have to keep working out all through the summer and hopefully, if I get drafted, show up at camp and make the team.”

Whitcomb has tried to keep his skills sharp ever since his season was ended by the COVID-19 pandemic.

“It was very frustrating but I’m just working out in my basement and shooting pucks in my driveway as much as I can,” he said.

He has had a few teams call him leading up to the draft and will obviously be following it Saturday.

For more on the draft see links below: