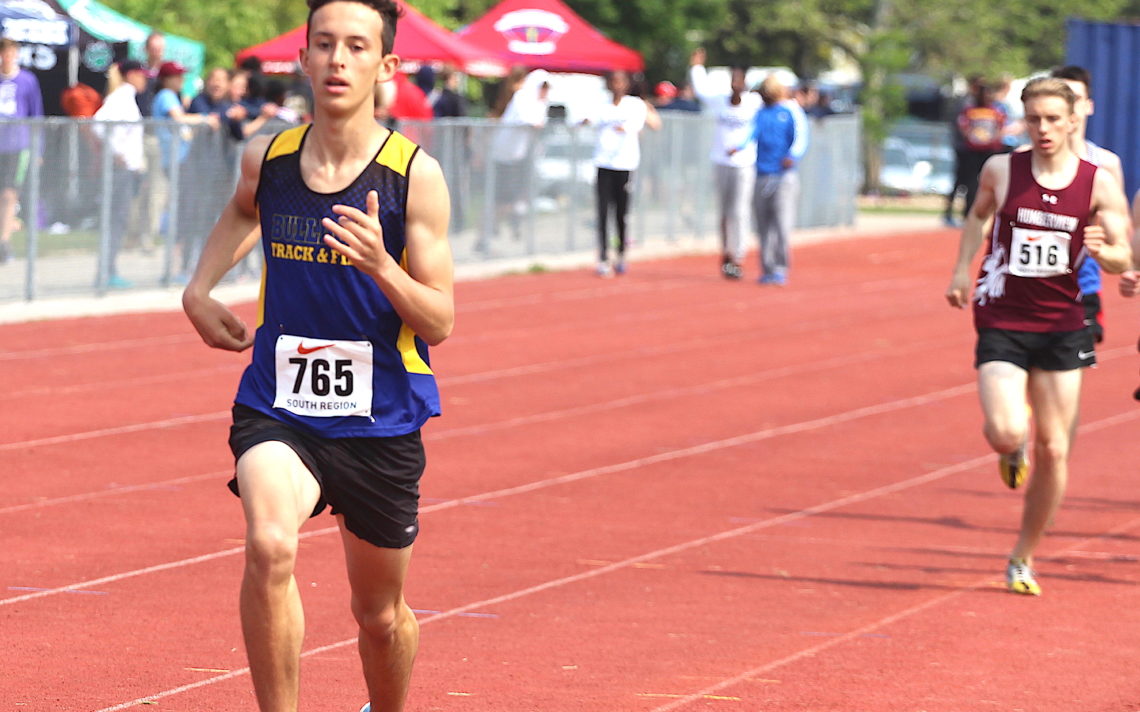 The Grade 10 student at Sir Winston Churchill was determined to not let that happen again.

“After getting second twice and knowing I would have the opportunity to win first, I took that as motivation,” the 16-year-old St. Catharines resident said. “I wasn’t going to have a repeat of last year and I didn’t want it to happen again. I was going to do my best and train harder.” 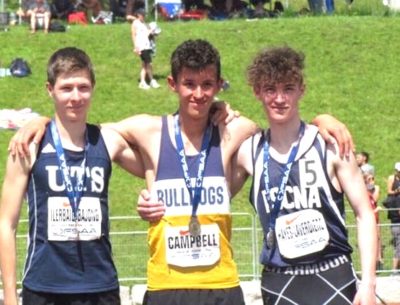 The Niagara Olympic Club member credits his training for helping him move to the top step of the podium.

“Comparing it to last year, I worked so much harder than I did before in terms of consistency,” he said. “When I do one more rep in a workout, I go a little harder just to push myself.”

Those efforts are felt most at the end of each workout.

“Last year, I finished a workout and I was tired, but I was fine,” he said. “Now, any time I do a workout and I’m a finished, I am tired and I need to sit down. I can’t get up because I am pushing myself harder and harder.”

His hard work paid off at OFSAA, where the 1,500-metre race was close until the last lap.

“I kicked it into high gear and managed to leave some gap between the rest of the runners,” Campbell said.

In the 800 metres, Campbell was focusing on trying to break the OFSAA record (1:53).

“I went out on my own to see if I could try and break that, but unfortunately I was about two seconds off of it.”

There were no wild celebrations after his victories.

“I guess my celebration was just going to bed because I was so tired afterwards,” he said. “The only thing I needed was a nice hug from my mom and congratulations from everyone.”

The reigning OFSAA junior boys cross country champion already know what he needs to do to take the next step in his progression.

“It’s about being consistent. Hitting the same times in races and at practices is probably the next step right now,” he said. “That will help me keep up the consistency and eventually I will hopefully improve again.”

Next up for Campbell is the summer season.

“Nova Scotia (site of nationals) will be really nice and hopefully everything will go well there,” he said.

Last summer at the Royal Canadian Legion Youth Track and Field Championships in Brandon, Man, he won gold in the under-16 800 metres and medley relay, silver in the under-18 4X400-metre relay and a bronze medal in the 1,200 metres. Campbell was named Ontario’s male athlete of the national championships.

In addition to primary high school sponsors. Johnny Rocco’s and Mick and Angelo’s, BPSN’s coverage of the track and field season is made possible with the support of the Niagara Olympic Club (https://nocrunners.com).