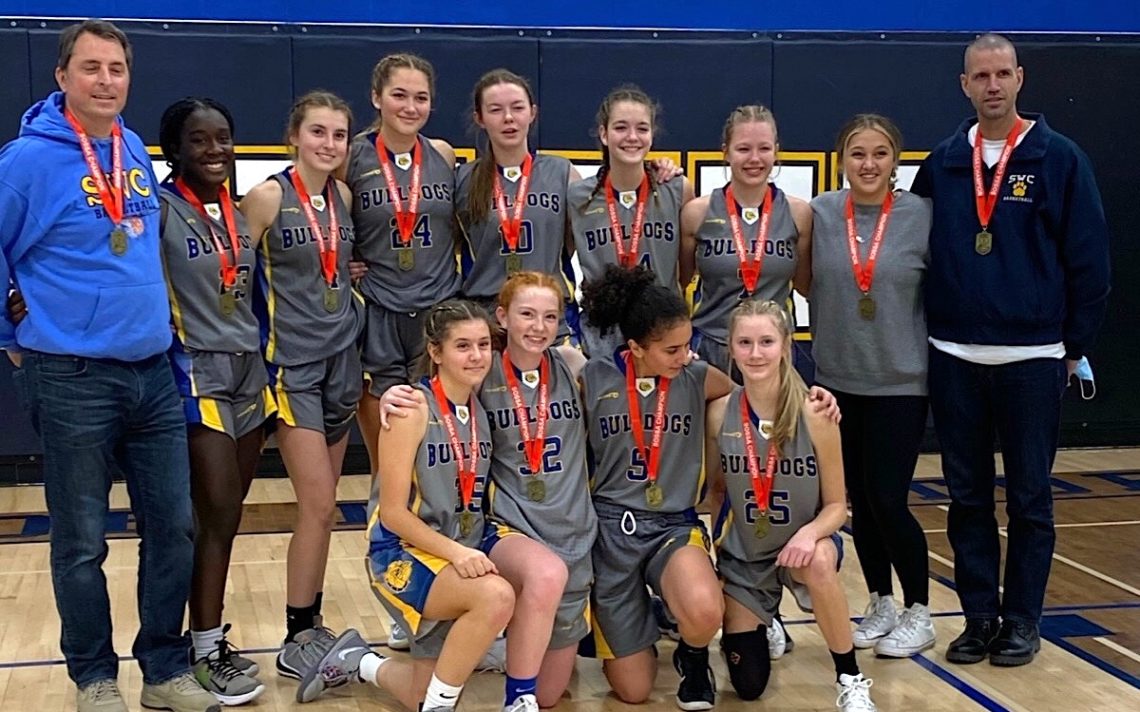 Instead of being content with the automatic bid they got as host of this week’s Ontario Federation of School Athletic Associations championship, the Bulldogs defeated Blessed Trinity 64-52 and Westdale 66-39 to earn their spot at OFSAA.

“We played well as a team and we stayed composed during the other teams’ runs and hit timely shots,” Churchill head coach Frank Keltos said. “Our best players were the best players.”

Two key factors played a role in the Bulldogs success.

“Our experience and leadership set the tone and everyone felt comfortable and played their role,” he said. “It has been since 2016 since we went to OFSAA and we have had some really good teams so it is nice to get there. The girls were very excited to win our way to the berth and I am thrilled for them.”

Blessed Trinity gave the Bulldogs a good challenge in the semifinals. Churchill built quarter leads of 14-12, 31-23 and 46-38 en route to the victory.

“Blessed Trinity hit a bunch of shots and never gave up,” Keltos said. “We needed a game like that to get our team rotation and learn how to play under pressure.”

Churchill had a much easier time of it in the final against Westdale, jumping out to a 26-10 lead after the first quarter and then building quarter leads of 32-25 and 54-37. The Bulldogs had a dominant second half, outscoring Westdale  34-14.

Blessed Trinity played Westdale in a challenge game Monday to see which team would earn the second SOSSA berth and the Thunder came out on the wrong end of a 57-48 decision.

“It was a disappointing end to a great season for the girls,” Thunder head coach John Cino said. “When you have such as awesome bunch of girls who genuinely care for and root for each, other you don’t want it to end.”

“We tried everything to stop her — switching players guarding her, playing zone — it didn’t seem to matter and our shooting went a bit cold when we needed it most.”

Cino was pleased with his team’s season.

“I am really proud of our accomplishments this year, NCAA AAA champions and playing Sir Winston Churchill tough at SOSSA, a team that has a legitimate shot at an OFSAA medal,” he said. “We are very young with seven Grade 10s and one Grade 9 on our team so we are really looking forward to the next few years.”

The host Bulldogs will head into the eight-team OFSAA tournament as third seed. St. Francis Xavier is ranked first and Cathedral is ranked second.

“We need to play well and consistent, and have a bit of luck,” Keltos said. “I think we have size, speed and are really athletic so with those three things we have as good of a shot at winning as anybody.”