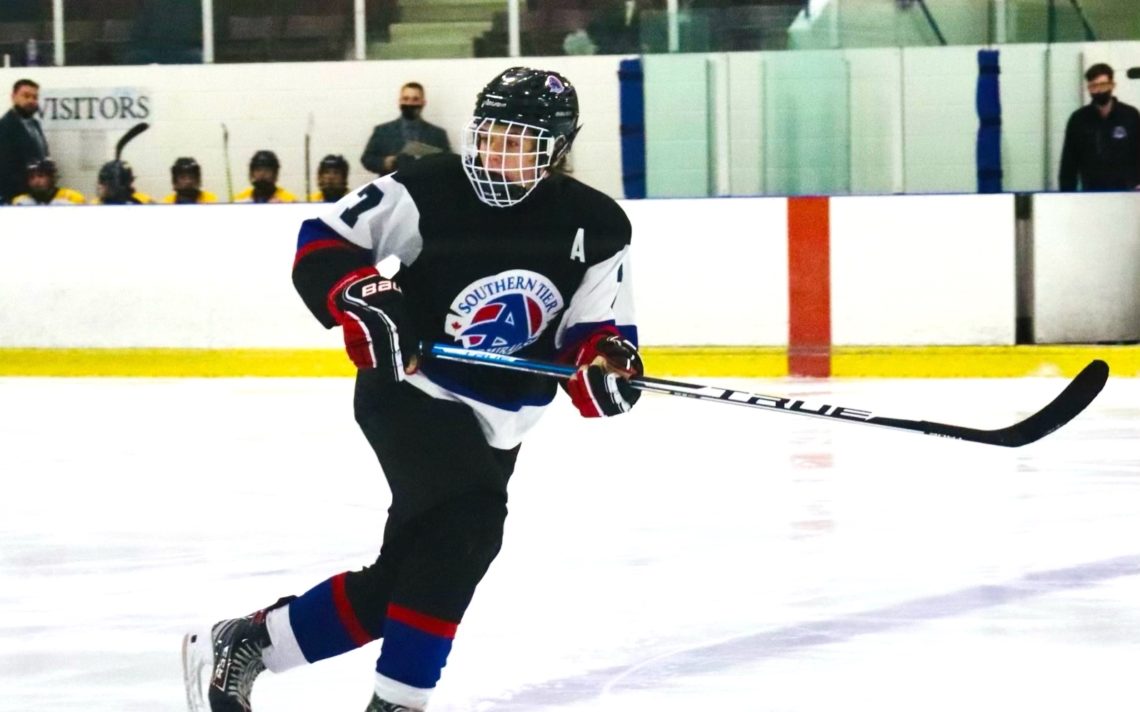 Cheynowski a force on and off the ice

The 15-year-old Welland native is one of the top local prospects for the Ontario Hockey League draft and is eager to find out where he could potentially be playing next season.

“There is some nervousness thinking about where and when I’m going to go in the draft,” the Grade 10 student at Notre Dame said. “It is exciting because it’s just one time in your lifetime you get to experience it.”

Cheynowski, a solid, two-way defenceman who collected six goals and 13 points in 17 games with the Southern Tier Admirals U16 team this season, said he has been approached by several OHL organizations.

“There have been quite a few phone calls and letters,” he said. “(They ask) just what type of player you are and pretty much everyone asks about your grades.”

Cheynowski doesn’t mind talking about his grades since he is a top-notch student.

“It’s more of my parents who dialled it into me in the last few years,” he said, when asked about his school work. “I really didn’t care much about it in elementary but in high school I started getting up my grades and getting into the 90s.” 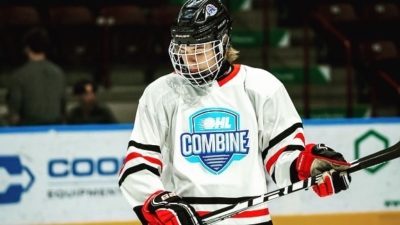 Cheynowski’s combination of grades and skill have him possibly thinking beyond the OHL to the NCAA route depending on the outcome of the draft.

“To be honest, I’m still open-minded about it,” he said. “That’s why I’m also nervous about the draft to see what team I get drafted to. If it’s a poor organization I might go the NCAA route. That’s why I’m keeping my grades up to have another option.”

“What separates Callum from others is his commitment to his game both on and off the ice and that he is never satisfied with his play as he always strives to get better each day,” Quinlin said. “He takes no days off and is a very humble kid with no ego and always puts in the work both on and off the ice whether it is shooting pucks at home, getting extra ice sessions, doing off-ice workouts, or studying his play at home by watching the games we film.”

Quinlan cited an example of Cheynowski’s work ethic from this season when showed up for practice only hours after playing for the Thorold Blackhawks in an afternoon game in Pelham, where he scored a pair of goals.

“I told him that he could rest and take the night off. However, he still showed up to our practice, worked hard, and never mentioned to anyone about the junior game he played in nor the success he had in that game,” Quinlin said.

Cheynowski, whose father Randy Cheynowski is a former junior B sniper with Port Colborne, Thorold, Welland and Niagara Falls, collected four points in five games with the Blackhawks this season.

“Playing junior B at a higher level with older kids was a pretty big step because they are bigger and more physical,” he said. “I’ll have to put in more time this off-season (training) until training camp.”

“Callum is a dynamic all-around defenceman as he excels both offensively and defensively,” he said. “He is a highly touted player and has caught the attention of many OHL teams.

“He sees the game at the next level already and has great mobility and good size for a 15-year-old being six feet tall. His strong skating and edge work on his skates allows him to be very deceptive and sell false information to opponents as he can turn on a dime in any direction, which makes him very elusive in any situation especially when the opposing team is on the forecheck. His mobility on the offensive zone blueline is exceptional and he has a lethal shot from the point.”

The OHL Priority Selection will once again be held over the course of two days, with rounds 1-3 taking place beginning Friday  at 7 p.m. The draft continues on Saturday starting at 9 a.m. with rounds 4-15. The Priority Selection will be streamed free in its entirety on CHL TV. Fans can also watch complete Day 1 coverage on YourTV, Rogers tv, Eastlink, Cable 14, and Shaw Spotlight community stations, as well as on the OHL Action Pak.