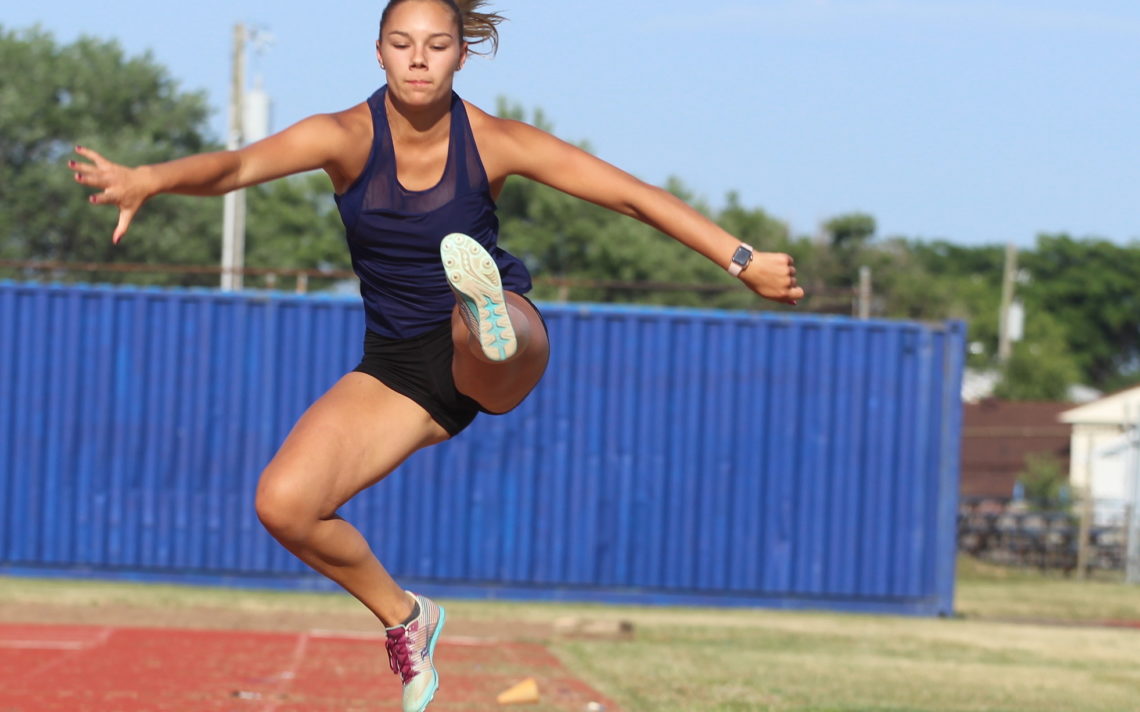 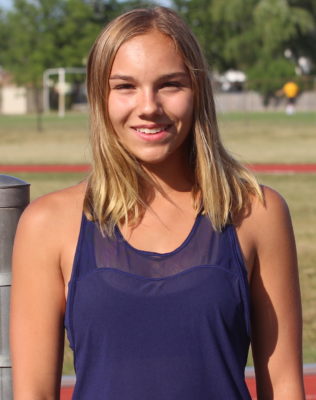 The inability of the 14-year-old Port Colborne resident to surpass that mark drove her crazy and led her to join the Niagara Olympic Club.

“I wanted to get better,” she said. “I was kind of stuck at one height and I couldn’t get over it. I couldn’t beat my PB (personal best).”

“Gwen came to us this year with a big interest in high jumping,” he said. “She had done well in Grade 8 and wanted to pursue it for the high school season She ended up having a great high school season, making it all the way to OFSAA (Ontario Federation of School Athletic Associations championship) and finishing fourth.”

“I haven’t done it yet, but I am getting better,” she said. “It is a lot easier to jump the higher heights now because I have better form.”

She felt she made good strides during the high school season.

“A girl beat me at zone but I beat her at OFSSA because I got a lot better with my technique.” 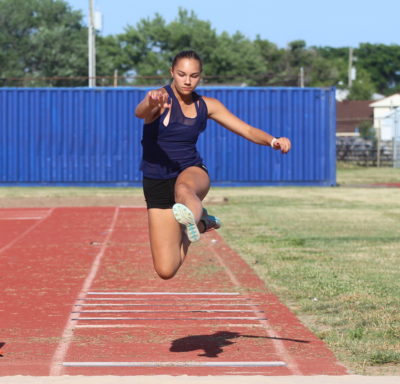 Gwen has continued to train through the summer and she will compete this Friday and Saturday at the Royal Canadian Legion Outdoor Championships at the Niagara Olympic Club. Gwen qualified for the provincial meet with her performance at the District B championships June 16.

“I want to get better and I want to place better at OFSAA next year,” she said.

She is looking forward to competing in the provincials in both high jump and triple jump.

“I have never done it before and everyone in Ontario will be here.”

McDougall expects her to do well this weekend.

“I fully expect she could win high (jump) and, if she does well enough in triple jump, she could make Team Ontario for nationals.”

He would like to see Gwen expand her track and field repertoire in the future.

“I see potential in her to do more events and I am tempted to start training her for the heptathlon,” McDougall said. “She’s talented and athletic enough that she could do anything and be good at it.”

In addition to track and field, Gwen is a competitive volleyball player, indoor and on the beach. Her Niagara Rapids team was ranked as high as second in the province this season and Gwen and her partner recently won a beach volleyball event in New York. 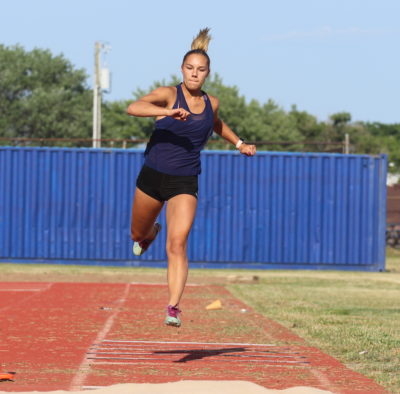 So far, she has been able to keep training in both sports.

“Beach volleyball we can practice at any time because it is just the two of us, but I don’t know how indoor is going to work,” she said.

She was also a competitive gymnast until the end of Grade 8 and that training is still paying dividends.

“There’s a lot of strength training and we used to do a lot of running and leg workouts so that helped a lot with my jumping.”

The track meet will attract more than 400 athletes from across the province ranging in age from under 16 (midget) to under 18 (youth).

At stake are spots on Team Ontario to compete in the national championships which start Aug. 10 in Brandon, Man. The province of Ontario is divided into eight districts and each district is bringing between 40 and 45 athletes.

This is the first time the NOC has hosted this provincial event.

“It’s a challenge because there’s a lot of logistics of bringing the teams in on busses and the athletes are being housed in an athletes’ village at Brock,” NOC president Sharon Stewart said.

The competition runs Friday from 3 p.m. to 6 p.m. and Saturday from 9 a.m. to 4 p.m. The event is open to the public and admission is free.

“People will get to see some fantastic performances,” Stewart said. “You are looking at the top youth athletes in Ontario and the legion boasts of producing future Olympians.

“When you look at Legion national champions, they go on to become national athletes and Olympians when they are older.”