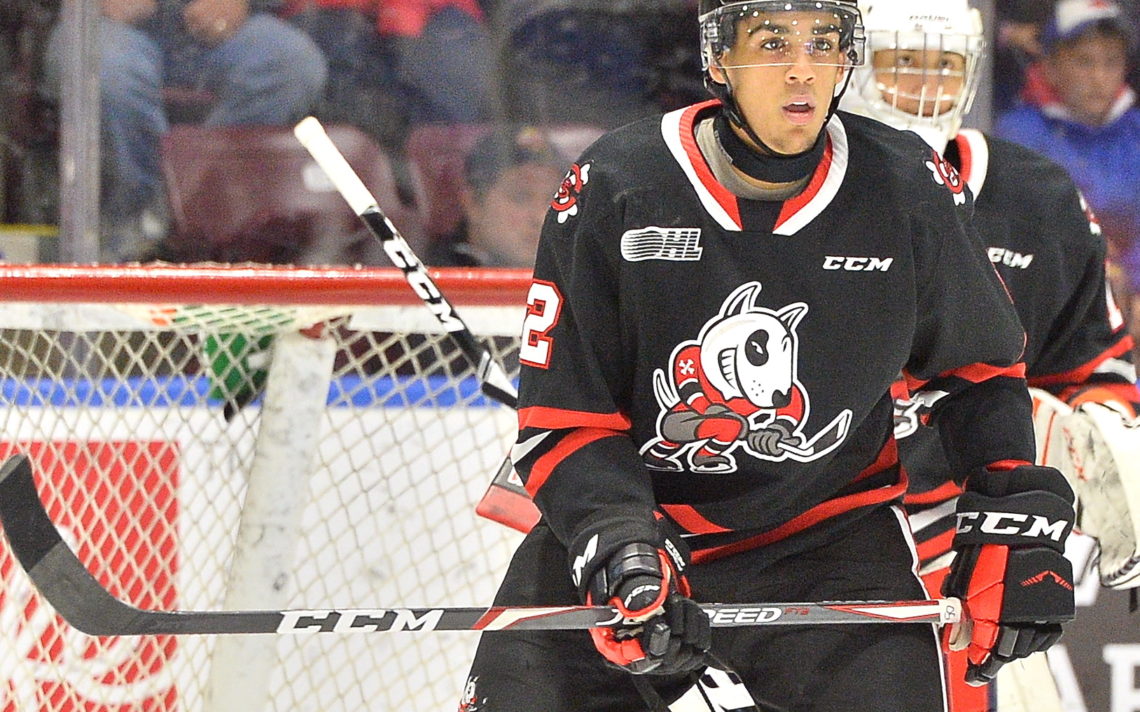 The extra down time due to the COVID-19 pandemic may turn out to be a blessing in disguise for Landon Cato.

The 17-year-old Oshawa resident has been biding his time waiting for the Ontario Hockey League to return by working out daily off the ice, as well as skating with Niagara IceDog teammate Jake Uberti twice weekly and training young players three days a week.

It’s a hectic schedule but Cato feels the extra training can do nothing but help him as he heads into his second season in the OHL.

“I think I’ve been training for almost a year it feels like,” Cato said. “I think especially going into my draft year it gave me that much more time to mature my game and learn little things here and there about myself and my game.

“I think it benefited me a lot.”

Expectations were high for Cato last season after he was selected in the third round of the 2019 OHL draft.

Cato got off to a rough start, but slowly acclimated himself to the league and was receiving important minutes as the season went on.

“I think (head coach Billy) Burke and (associate coach Jody) Hull gave me a lot of ice time for what I deserved,” Cato said. “For a 16-year-old coming in and playing, especially a defenceman, is not an easy thing to do. I think they had a lot of trust in me and I think they are the reason I’ve grown so much in my game.”

Burke expected there to be some bumps along the road.

“Like the majority of 16-year-old rookies, Landon was raw and went through some adversity in his first year,” Burke said. “A lot of times, bigger guys get away with some things defensively in minor hockey that don’t translate right away into the OHL, but Landon worked hard to make some real improvements over the course of the season.”

Cato played in 50 games but did see his share of time in the press box.

“It’s hard when you get scratched but you have to realize you’re 16,” he said. “It’s not normal in this league. Not a lot of guys do that and Billy and Jody were nothing but supportive during the year. When I was scratched in games they would always be there. They have been a big part of my progress and making me satisfied with my year.”

Cato, who is a solid 6-foot-1, 205 pounds and came in with a reputation for being a physical player, admitted the jump from to the OHL from minor hockey is huge.

“It’s a little bit of everything,” he said. “In minor midget, if you’re going into the league as a 16-year-old, you’re probably a superstar in your mind and then you go into a dressing room and there are guys who are drafted to the NHL. You’re sitting in the lockeroom across from Akil Thomas and Ivan Lodnia and Phil Tomasino, guys like that. It’s crazy.

“On the ice, the biggest thing is hockey sense and the way guys are able to do little things to make the game simpler for them. Awareness on the ice and knowing where you are and knowing you have more time than you think. Growing as a player and as a defenceman goes along with it.”

Cato’s feels his comfort level heading into his sophomore season will be an important asset.

“The cobwebs should be gone by now. I’ve played enough to be confident in this league. I know I belong now and I just need to show people I’m here and ready to show people what I have,” he said.

Burke has no doubt Cato will be a key component heading forward.

“Landon is a guy who will be a big core piece of our back end for years to come,” he said. “He is a big, right-shot defender that’s gonna continue to fill out, can skate with underrated skill and is legit tough.

“We think Landon has a very high ceiling and as he continues to become a better defender he has the potential to be a real impact player for us every night. Landon definitely has all the tools to be a top OHL defenceman and beyond.”

“My parents have a home in St. Catharines and when I’m there on weekend I make sure I go and drive past the Meridian Centre just to make me think I’m going to a game,” Cato said. “I can’t wait to get things started.”