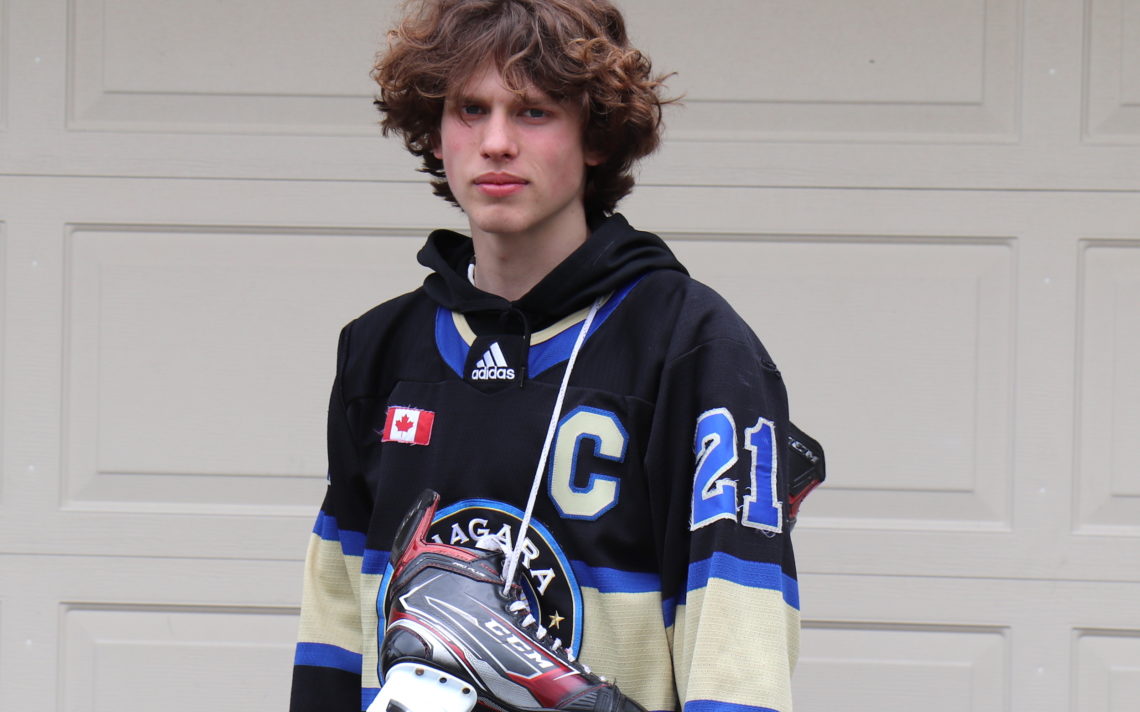 For Jordan Schanbacher, ever since he started playing AAA hockey at age eight with the Niagara North Stars, the goal has been to play in the Ontario Hockey League.

The 16-year-old St. Catharines resident has been eagerly anticipating his draft year forever but unfortunately, the chance to play and impress scouts has been taken away by the COVID-19 pandemic.

“It is really hard because this is pretty much what every hockey player dreams of,” the Grade 10 student at Eden said. “Getting to that day, seeing who gets drafted and waiting to see if you get drafted, it is the biggest day of a hockey player’s career and pretty much the season is where people get to show themselves. All of the scouts would have been coming out this year to see us and they weren’t out as much last year. 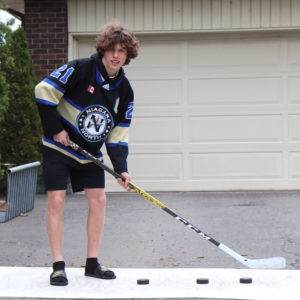 “It is what we have trained our whole lives for and having the season cancelled by COVID really sucks.”

Despite the cancellation, the 5-foot-10 155-pound, left shot defenceman has received interest from two or three OHL clubs.

“It is amazing here that even through all of this I am still on certain teams’ radar. It is crazy to hear and it is so exciting when you hear that. It makes you feel all your hard work has finally paid off.”

Schanbacher’s first contact with an OHL scout came in December 2019 after a game at the Seymour-Hannah centre.

“My coach came up and introduced me to him and it was just crazy because is was the first OHL scout that I ever talked to in person. I didn’t know where my coach was taking me and when I found out, it was definitely nerve-racking,” he said. “It was one of the greatest moments of my life.”

Schanbacher would love to play in the OHL.

“I’ve grown up watching the OHL and the IceDogs especially. Being able to play in this province and travel to places like Sarnia and Erie, it would be a great time and a great experience,” he said. “It’s a chance to do what I love which is playing hockey at a high a level as possible.”

Playing for the IceDogs would be even more special.

“It would be really cool because it would be in my hometown and everyone could come and watch me play if I do end up making it. It would be a big honour to be drafted by the IceDogs.”

He describes his style of play as a two-way defenceman, who can play shutdown defence when required but is also able to jump into the play and provide offence from the blueline.

“I try to be that fourth forward and get that extra offence and help out the offence as much as I can by making more space and giving more opportunities for the forwards.”

Niagara North Stars head coach Matt Miller is a huge fan of Schanbacher, who started playing house league hockey when he was six.

“Schamer’s explosive speed and high hockey IQ are evident the second the puck drops. His powerful stride and ability to make a great first pass, or skate the puck out of trouble make him not only a threat off the rush offensively, but allow him the ability to recover and get back in position with ease,” Miller said. “Good luck trying to get the puck off him. His awareness, evasiveness, and all around puck possession abilities are off the charts.”

The coach also notes the defenceman’s: heavy, accurate shot from the blue line; his vision finding backdoor passes and high tips; the ability to quarterback any power play or five-on-five scenario; very active stick; and, consistent ability to make the right decision under pressure.

“He is our best penalty killer, fearless when blocking shots, battling in front, or being first to pucks in corners,” Miller said. “A charismatic leader with an unmatched compete level, Jordan is a very vocal player, constantly assisting his teammates and directing traffic. I am confident in addition to a lengthy career, Jordan will make a great coach one day.”

Schanbacher takes his captaincy and team leadership role seriously. He is on everyone to make sure they are all following the team’s pre-game routines before the coach’s arrive. Before the game starts, he runs the team’s warmup and makes sure everyone on the team is focused and ready to go.

“If a mistake happens, I will go over and tap the player on the back and tell them to keep their head up and help them fix their mistakes,” he said. “If we are down goal or two between the second and third period, I will talk to the guys in the dressing room.”

This year, Schanbacher had about four weeks of practices with half the team on the ice at one time.

In the last year, he has focused on his edge work, getting his stride more effective and upgrading his shot, skating, and body positioning.

“Since I am not one of the bigger guy out there for my height, body positioning is huge.”

Like every aspiring hockey player, his ultimate dream is to play in the NHL.

“It is obviously a very faraway goal but I also always thought the OHL was a big stretch for me back six or seven years ago,” he said. “It is a really big dream but hard work pays off.”

As a Pittsburgh Penguins fan growing up, his favourite players were Sidney Crosby and Kris Letang.

“I want to be a defenceman and I always thought Letang was the best, but now that I am watching all the different teams, I really like Sam Girard because I think that I play a lot like him.”

This is the second in a series of profiles of local players who are eligible for the 2021 OHL Draft.