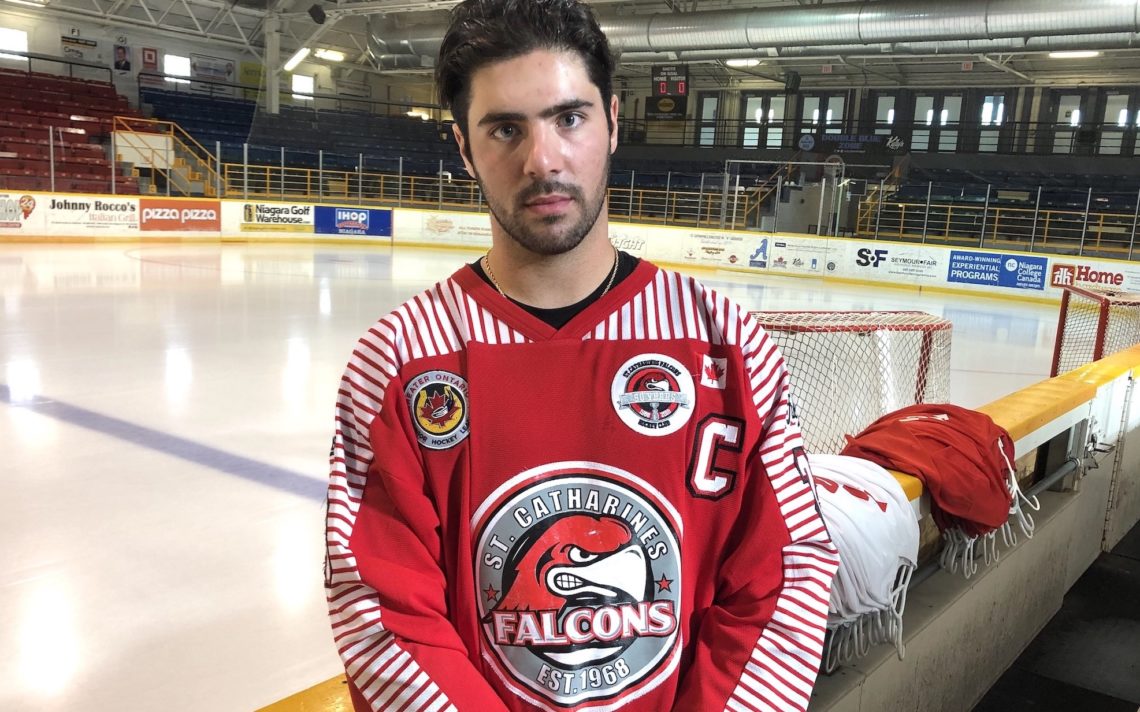 “I was hoping so,” Caruso said, when asked if he had an inkling about the captaincy. “We had been transparent throughout the off-season that I would be coming into a leadership role.

“I didn’t quite know what that was going to be but I was ecstatic. I was honoured and humbled. I didn’t want anything less and I was very happy to accept the honour.”

The 20-year-old Sault Ste. Marie native established himself as a solid, tough defender in his first year with the team last season while also taking on a leadership role as an assistant captain.

“It didn’t take us long to pinpoint him,” said Bielby, who is entering his second season as coach. “He carries a lot of the characteristics you look for in a captain.” 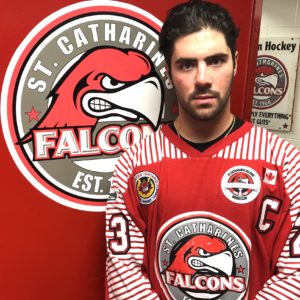 Bielby feels with so much uncertainty due to the COVID-19 pandemic, leadership is at a premium.

“We’ve got some younger guys who are maybe living away from home for the first time and we’re also in the middle of a pandemic,” he said. “A player like Brady, knowing that this is what we expect of him and taking on this role early, will just allow him to get used to how this looks over the next couple of months.”

Bielby also felt it was imperative to name a captain as soon as possible.

Caruso understands the unique challenges of running a training camp under the circumstances.

“You definitely need someone in that (leadership) roll to make sure things are going smoothly with the uncertainty going on,” he said. “The young group we have, there’s definitely some inexperience, so it’s important that everyone get together and make sure everyone is on the same page in order to have a season in general and to have a successful one on top of that.”

Caruso, who has never been a captain at any level, feels it is important he remain true to himself.

“I think a big thing for me is just to be myself. I’m not going to change my personality or anything like that. I realize there is some added responsibility but in terms of who I am, I’m going to continue just to be me and I’ll be able to get the job done.”

Bielby said Caruso’s work ethic is another reason he was a natural to lead the Falcons this season.

“My biggest thing for a captain is practice what you preach,” Bielby said. “We talk a lot about work ethic and for a captain that’s the first and foremost thing, that you are out-working everyone in practice. Never mind a game. When nobody is looking, how are you acting? That’s how we break it down to see who is the best fit for that position.”

“We think Brady has a big advantage playing last year with Curtis and that he will bring his own touch to the captaincy. He has a great example from as early as last season.”

Caruso, who is taking on-line courses at Brock, is thrilled be back at the rink. The Greater Ontario Junior Hockey League has set a Dec. 2 deadline to start the 2020-21 season, pending government approval.

“It’s great,” Caruso said. “Being out three times a week, it feels less than we’re used to, but I’m glad we get to be on the ice with this group and get to know each other and skate. I look forward coming to the rink every practice we have. I think it’s awesome we have a chance to get together this early.”

“I think it’s everything. Watching the way they are competing is very telling. These guys have a lot of pent-up energy and they’re trying to do the right thing. They’re responsible and trying to take care of each other.

“Normalcy is important in an unstable world and hockey can provide that.”

The Falcons have been skating with about 21 players since camp opened in early September.

“We’re sticking to development and flow drills to get our feet going and hands going,” Bielby said.