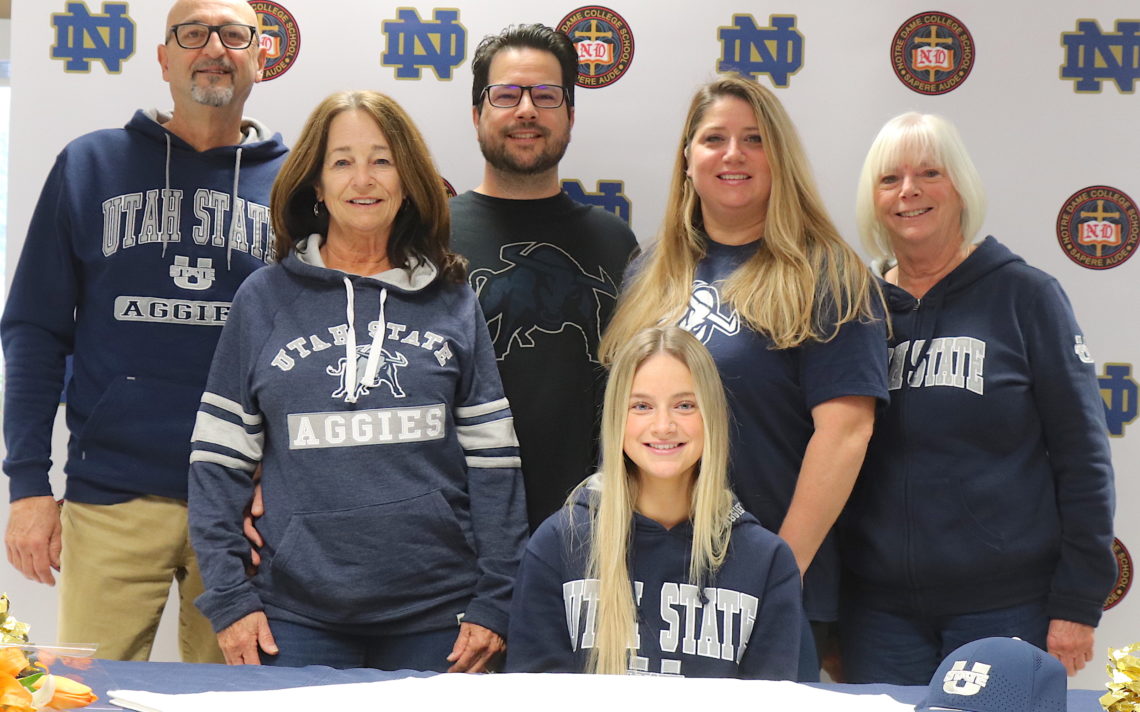 It has been 17 years to the day that the Grade 12 student at Notre Dame underwent heart surgery at the Hospital for Sick Children when she was seven months old for a condition called ALCAPA (anomalous left coronary artery from the pulmonary artery).

“It is very special. It wasn’t planned but it just kind of happened,” said Nyla’s mother, Asia Yarema-Morabito. “It is a good day for a bad memory from a long time ago.”

On hand to celebrate the occasion was Nyla’s father, Chauncey Morabito, and her grandparents. All have played a part in Nyla’s recovery and gymnastics career.

“We have worked shift work over the years and we couldn’t have done it without our families,” Yarema-Morabito said. “All of them, our friends and the community have helped us out.”

It has been quite the journey for Nyla and the extended family since the surgery.

Afte the surgery, her parents were told Nyla might not have the greatest quality of life physically and there was the possibility she would require two more open heart surgeries.

“She was really active, always jumping around and on her hands so my cousin said there was a kindertots gym class in Welland. She did one fall session and the owner of the gym was like ‘I need her. I want her. Her body, her lines. I think she would do really good in the sport,’ ” she said. “We said we weren’t sure and we would have to talk to the doctors. They said that so long as it was a non-contact sport, she should be good.”

It was the beginning of an impressive gymnastics career and a remarkable health recovery.

“Two years ago, they took her off all medications and they said she is doing exceptionally well,” she said, adding the two possible heart surgeries are no longer required. “They told us she had pretty much rebuilt the whole heart after surgery by herself because she has been so active.”

The family has shared all of Nyla’s successes with Sick Kids and the hospital uses that to inspire others in their recoveries.

Nyla realized she had a chance to do something special in gymnastics when she was around 11 or 12.

“I became part of the national team for Canada.”

She has attended national camps in Canada and international competitions in France, California and other location in the United States.

The trip to France in 2016 was one of her biggest highlights to date.

“I made floor finals and I won against one of the Olympians from the Romanian team,” she said. “That was really inspiring to be out there with a bunch of girls who have been to big competitions like the Olympics.”

During the shutdown of training because of COVID, Nyla wasn’t even considering a scholarship in the States. The motivation was also lacking because she was recovering from a broken hand.

“After COVID, I just had a spark and I wanted to continue doing it after I was done high school. I can’t see myself not doing it until I graduate,” she said. “That motivated me to look into schools and keep doing the sport.”

She quickly set her sights on Utah State.

“Utah has always been a school that I wanted to go to but at first they didn’t have any spots left. But after I had nationals last years in May, they got different coaches and they started looking at me.”

Nyla had eight other scholarships offers and visited five other schools before deciding Utah and its top 15 program was the place for her.

“It was very stressful but I knew Utah was the place that I wanted to go. As soon as I got the offer, I knew I would go there,” the future kinesiology student said. “Going there and seeing the girls and their day-to-day life, it made the decision way easier.”

Her goals are to do well in all four events (floor, vault, bars and beam) and make a big impact on the team.

“Lexi, Sydney, Nyla, Riley, Mya and Isabella are going to become one of the most historic signing classes in our school’s history,” head coach Kristin White told the Utah athletics website. “I am thrilled to watch their journey as Aggies over the next four years. We have leaders, motivators and determined young ladies joining Utah State, and our fans are going to really enjoy watching them all on the competition floor.”

White is high on Nyla.

“We are thrilled to have one of the top Canadians in the 2023 signing class join our program,” she said. “It was clear through the recruiting process that Nyla is hungry to make an immediate impact in NCAA gymnastics. Her athleticism is going to help make her a very strong all-around competitor for our program. We are excited for Nyla to display her powerful gymnastics for our USU gymnastics fans.”

Nyla trains in Mississauga five days a week for five to six hours at Manjak’s Gymnastics. Her day begins with her first two periods of classes at Notre Dame. At 10:50 a.m., she leaves school, has lunch and then heads to Mississauga to train. If there are no traffic issues, she is home by 6:30-7 p.m. and she can work on her two online courses. It is a grind but she has no issues with the schedule.

“It’s my love of the sport and the support of my teammates, coaches and obviously my family who pushed me to be the best I can be, not just in gymnastics.”