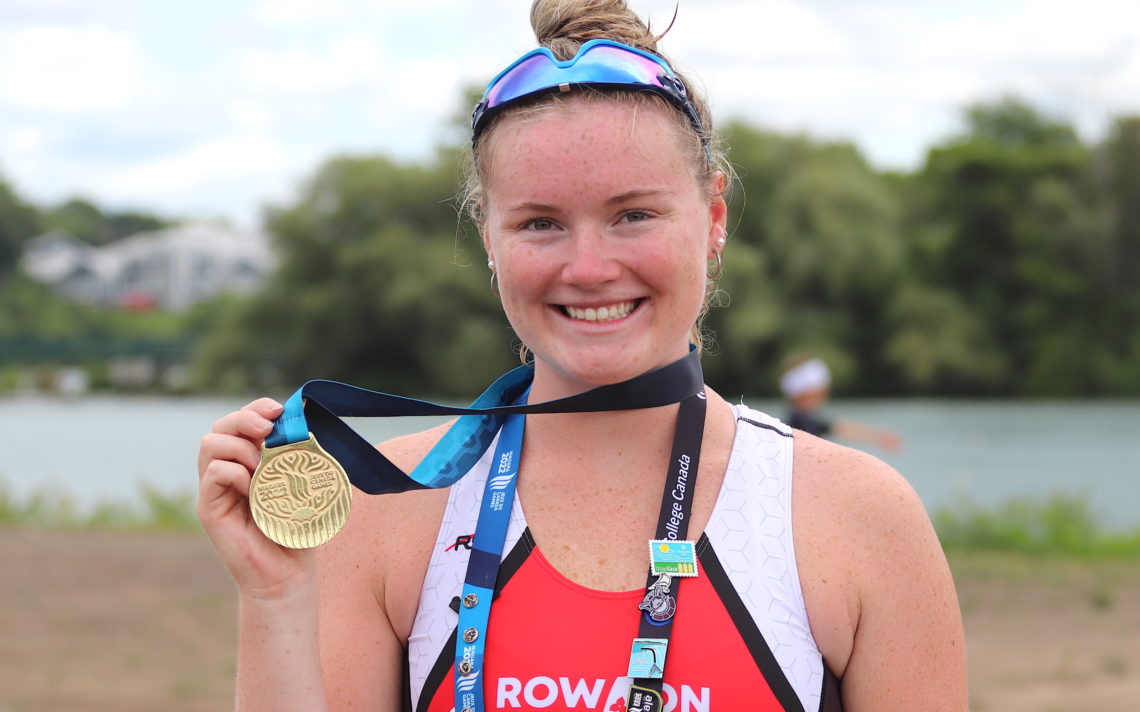 “It was a challenging year,” the 19-year-old St. Catharines native said. “There was a lot of growth for me as a person, as a student, as an athlete, and I took the challenges I had this year at Virginia and tried to turn lemons into lemonade over the summer’s racing. I am just constantly trying to grow as an athlete.”

The latest batch of lemonade for the Saint Francis graduate came Sunday on Henley Island when she teamed up with Georgia Greenwood, Maya Meschkuleit, Hailey Mercuri, Fiona Elliott, Malarie Jones, Stella Bittman, Zoe Durcak and Ceilidh MacDonald to win the women’s eight at the Games.

The 2019 national junior team member earned a spot on Team Ontario at a selection camp in mid-July. Any athlete who competed at this year’s under-19 and under-23 world championships was given a spot on the team. There were still a few openings for Orth to pursue.

“They had a spot per side open and I made it for port.”

Orth described her Canada Games’ experience as a lot of fun.

“I haven’t represented my province before. The rowing community is so small and it is good to come together with people who you may have raced against in the past and race together as a province. I have really enjoyed it.”

“It was a really fun and challenging race,” she said. “The high point on land would be spending time together, bonding with everyone and making new friends. And trading pins has been a big thing for this.”

Orth had little time to savour her moment atop the Canada Games podium. On Sunday, she was returning to Virginia to prepare for her second year of NCAA Division 1 scholarship rowing.

“I do wish I had some time off but I am excited to get back and get back into a routine.”

She is ready for whatever awaits her.

“I don’t want to make any make this boat goals,” she said. “My No. 1 goal is to be the best version of myself and put a solid effort into what I do every single day, whether it’s rowing or school, just everything. I want to show up and have a positive attitude.”

The gold at the Canada Games has added fuel to her fire.

“It is definitely motivating and a confidence booster. That was a really tough race and we had to do a lot within the boat to pull out that win,” Orth said. “It showed me that myself and everyone else in that boat is capable of much more than we think.”

Her experiences during her freshman season will help as her rowing journey moves into her sophomore campaign.

“The biggest thing is that it gets better. It kind of taught me that there are highs and lows to everything. I did have a lot of lows in first year but I did have really high moments and positives that I took from first year,” she said. “I know going into it that it’s going to be a challenge but I feel more prepared for what I am going into.”