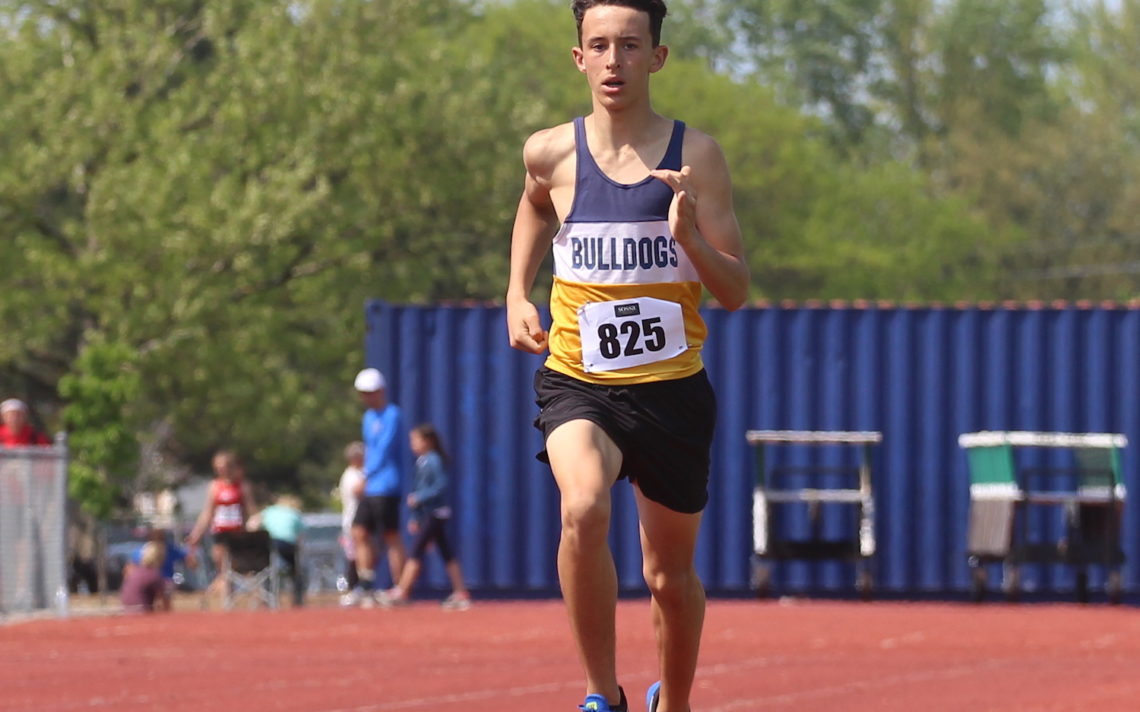 “I expected a lot of good runners to be there and I was thinking there was going to be a lot of challenge which there was quite a bit of,” the 15-year-old St. Catharines resident said.

The Niagara Olympic Club member rose to the challenge and ended up winning the midget (under-16) boys 800 and 1,200 metres in times of 2:01.4 and 3:23.85. The victories continued an impressive run for the Grade 10 student at Sir Winston Churchill. Earlier this year, Campbell set records in the midget boys 800 metres and 1,500 metres at the Southern Ontario Secondary Schools Association championships and would go on to win silver medals in those two events at the Ontario Federation of School Athletic Associations championships.

He ranks his two provincial Legion gold medals right up there at the top of what he has accomplished since he started running competitively in Grade 6.

“These titles gives me a chance to be a part of Team Ontario and if I made it, it would be a great honour being able to race for my own province and represent it.”

Campbell learned after his interview with BPSN that he was named to Team Ontario for the national championships starting Aug. 10 in Brandon, Man.

“These titles would be near the top, right next to OFSAA.”

Campbell felt it was a big advantage competing in the provincial championships on his home track.

“Since it was in my hometown, I had a lot of support from other people, especially my own family,” he said. “I was able to go home and rest in my own bed and not have any problems sleeping.”

Like all his competitors, Campbell was forced to run in blazing temperatures and high humidity.

“Surprisingly, during the race it didn’t feel all that bad, but definitely before the race it was very humid,” he said. “All I did was drink a lot of water, stay hydrated and stay in the shade.”

The Canadian Legion championships will be the last major event for Campbell this summer and after that he will start preparing for the fall’s high school cross country season. Last year, he raced up an age class and won the SOSSA junior boys title and then placed a respectable 20th at OFSAA.

“I want to stay consistent and improve my times,” he said. “I know the next years coming up are going to be harder because everyone will improve just as I will.

“We’ll see where it goes from there.”