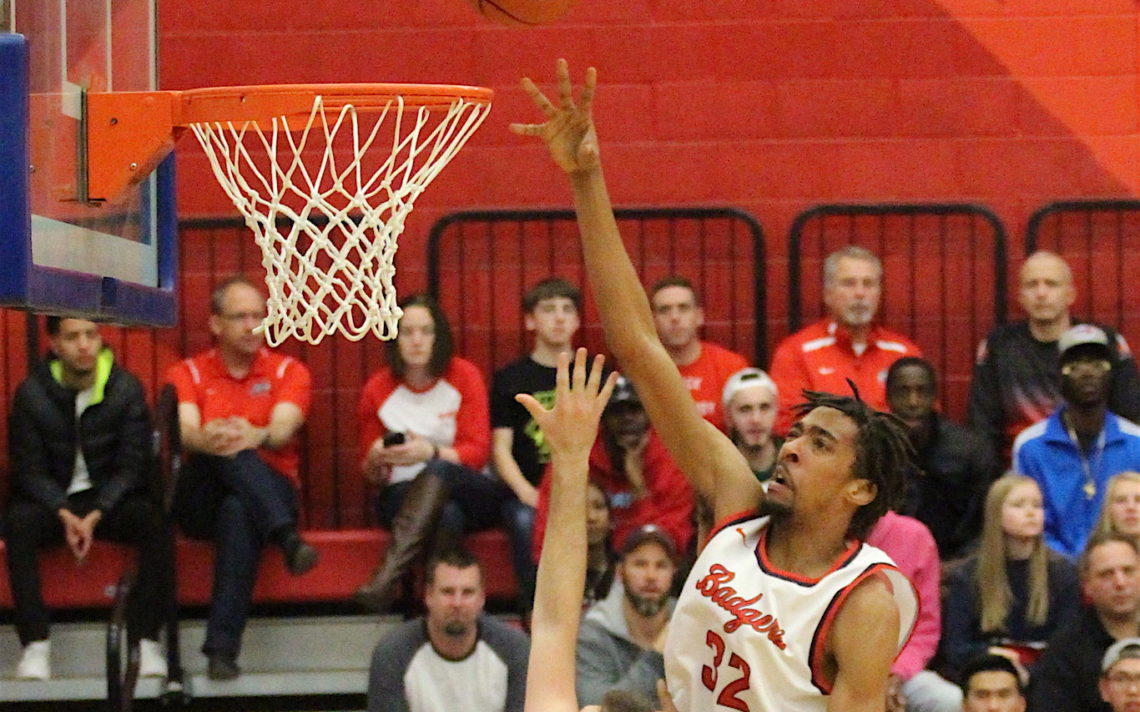 “I figured it would be a real good transition for me to come out here and I felt it would be cool to experience a new culture and get away from what I am used to,” the 22-year-old Sacramento, Calif., native said.

Mims is loving his first experience in Canada and with Canadians.

“I haven’t found anything strange about Canadians and they are actually more regular than American people,” he said, with a laugh. 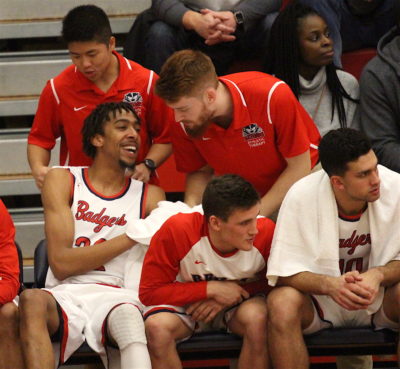 Mims is already getting accustomed to Canada.

“I’ve been on Tim Hortons, for sure,” he said. “They call it Timmys or Tims.”

Mims, who had nine points and three blocked shots in a 96-87 victory over the visiting McMaster Marauders Friday, has found university hoops a lot different than junior college.

“University ball is way more physical and way faster and I have had to adapt a lot,” he said. “I had to learn so much; little details that weren’t too important at the junior college level but are fatal here.

“I had to change my mindset and I have been going through growth spurts.”

Thankfully for the person who tailors his pants, the growth spurts are in his basketball development.

Mims has two years of eligibility remaining and he could develop into a key piece for Brock. 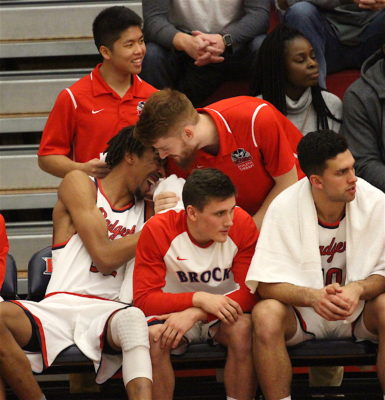 “He’s learning a standard of play and he’s learning everything we expect of him,” Kissi said. “Every game he improves and it’s all about process for us.”

“I couldn’t do it without him,” Mims said. “It’s the way he pushes us in practice and we always have to have a high standard for ourselves.”

It’s something he’s not used to.

“I never really thought of myself as having such a high standard,” he said. “I have always been a bottom kind of guy who is kind of laid back.

“He is always pushing us to have a high standard and that’s what I have been doing since I got here.”

As he has improved, Mims has also seen his playing time increase.

“It’s definitely cool and I want to keep building that trust,” he said.

Mims is also physically changing since his arrival in Canada.

Brock has put him on meals plans and taught him how to eat properly.

“All of us in the house, we cook all day,” he said, referring to the residence he shares with seven of his teammates. “We’re not eating crap. We spend all our money at Zehr’s.”

There’s an old adage in basketball that you can’t teach height but not everything is great about being 7-foot-1.

“The worst thing is buying clothes and I’ve already had surgery on my left knee,” he said.

He buy his clothes on line.

“I buy my jeans from a guy in Italy,” he said. “He used to play ball overseas and he has his own little company.”

When he mentioned the measurements of his jeans, both he and this reporter had a good laugh.

While Mims was laughing post-game about the size of his jeans, Kissi was visibly upset with how his team played.

“We didn’t play well and I want to get better every game,” he said. “That’s what they pay me for.”

Not even getting the victory to improve to 9-0 was any comfort to Kissi.

“I don’t focus on wins, I focus on process,” he said. “There was a lot of bad mistakes and a lot of mental errors that most people wouldn’t see because they are details that we talked about in practice.”

But rather than throw any of his players under the bus, Kissi decided to take one for the team.

“I will take this one and this will be the one bad game,” he said. “I didn’t prepare my team to play and I won’t make that mistake again.”

BPSN Star of the Game: Brock’s Cassidy Ryan with 20 points and five rebounds