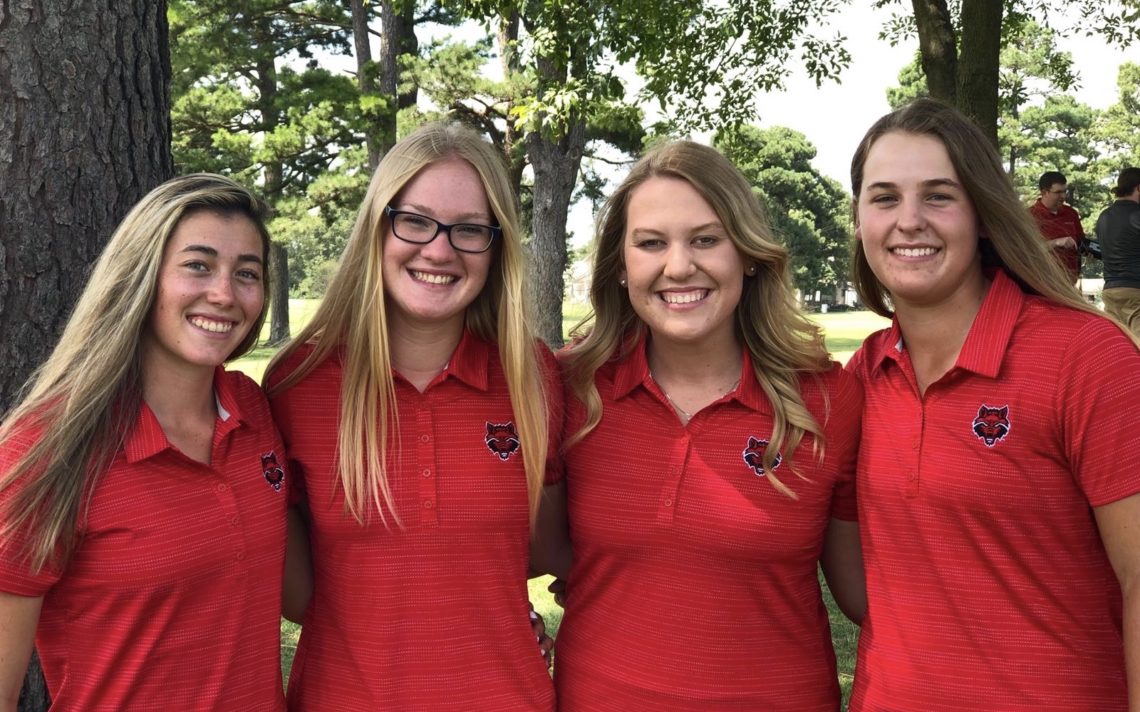 Kayla Burke, second from left, is shown with her University of Arkansas State teammates.

“It was awesome and it was definitely a great experience,” the Centennial alumnus said. “I played well for the fall season and I struggled a bit for the spring season.

“I was hoping to get the chance to qualify for the last couple of tournaments but they were cut short.”

In the middle of March, her University of Arkansas State season was ended by the COVID-19 pandemic. Burke and the rest of her teammates were called to a coach’s house and given the news in person. 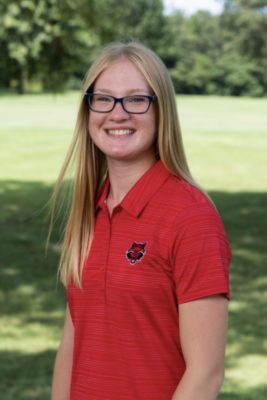 “It was little bit emotional because there was no closure,” she said. “We weren’t one of the last schools but it was kind of last minute when we were told that everything (schooling) was all going online.”

It was the last time Burke met with her teammates before heading home to Port Colborne.

“We got to say goodbye to our two seniors, Grayson Gladden and Monica Lieving,” she said. “It was rough but there were happy tears that we did so well and that we were on a roll.”

Prior to the cancellation of the season, the Lady Wolves, who play in the Sun Belt Conference, had won back-to-back tournaments.

“There was a chance we could have gone three for three so that made it a little difficult, but our coaches handled it well,” she said. “They let us know going home was obviously the safest and best decision for all of us.”

On the day of the cancellation, Burke was playing a practice round with her teammates in Jonesboro, Ark.

“My dad kept sending me links and things just kept blowing up and going viral,” Burke said. “It was crazy because that day on Jonesboro, it was super, super windy and we were under a tornado watch. It was like the world was ending.”

“I never thought I would have to stay in my house for 14 days so that has been an adjustment,” she said. “I have been doing a lot of homework. It’s nice to have this time, but at the same time, it’s almost too much time.”

She has also been hitting balls into a net in the garage of her parents’ home. 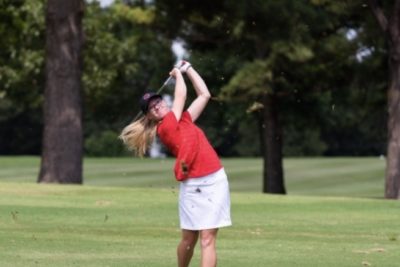 “I go in there every day and just go through the motions so I don’t forget that I still play golf,” she said, with a laugh. “I step outside on the deck to get a little bit of fresh air but that is all I can do.”

She is not used to being confined inside.

“It is kind of crazy because my sport is literally four and a half hours outside every day,” Burke said. “To be stuck inside is quite an adjustment but I have my family and we talk all the time.”

She also spends a lot of time on FaceTime with her friends and relatives.

This past season, the two-time Champion of Champions winner played in all five of her team’s tournaments and had excellent showings in three of them. Her top two performances were a tie for 23rd at the Payne Stewart Memorial and a tie for 21st at the Lady Red Wolves Classic. She finished the year with a stroke average of 77.27.

“Everything meshed well in those couple of tournaments. It really comes down to the short game for me and I have been struggling with my long game lately,” she said. “It was nice to hit it in the fairway and give myself some opportunities for birdies.”

Her strong fall performance was in stark contrast to the summer of 2019.

“It was eye-opening because I had a bit of a rough summer last year but I was able to get out of my shell and start scoring again,” she said. “I don’t know if it was the adrenaline and my teammates helping me out with positivity but it just flowed and helped me get to where I needed to be.” 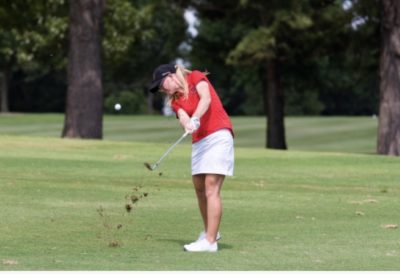 Burke had plenty of highlights.

“It was meeting awesome teammates and being able to represent Arkansas State. I really enjoyed being out there and playing college golf,” she said. “That was always my dream and I personally didn’t think it was going to happen. To even be playing is awesome. It’s really the experience, especially being so young.”

There were also a few low points.

“If I wasn’t playing well, I thought I was letting the team down but my team was awesome and they always brought me up.”

Burke is majoring in sports management with a minor in marketing. She has made a smooth adjustment to being a student/athlete because she has been in that mode for years.

“I have always been aware of when I needed to get my schoolwork done and when I had time to work on my golf game as well,” she said. “I balance it well and it’s not a new thing because golf has been a part of my life my entire life. I’ve also gotten older and it’s easier to handle things and organize it.”

Her typical day at Arkansas involves going to class in the morning, followed by practice in the afternoon, starting around 1:30 p.m. and lasts three to four hours.

The Lookout Point member is looking forward to her sophomore season at Arkansas.

“I want to keep up my grades. I am a good student but I want to excel even more,” she said. “Golf-wise, I want to have fun and obviously play in as many tournaments as I can. I made more than I thought I would this year and I would like to make even more if I can.” 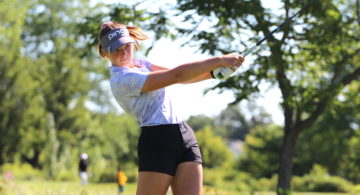 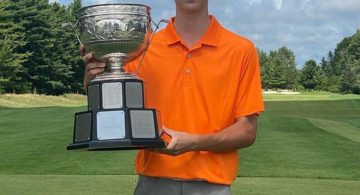 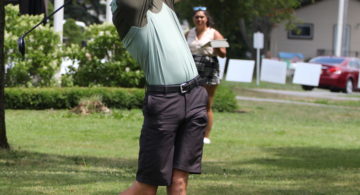