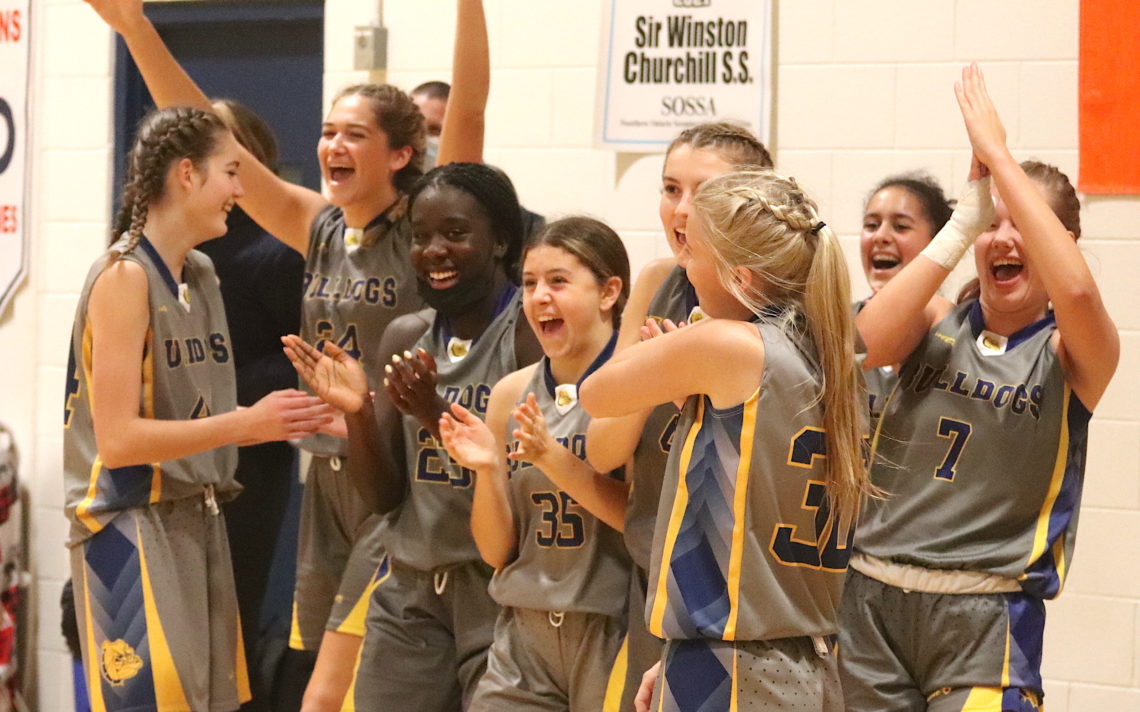 The Southern Ontario Secondary Schools Association champion Bulldogs roared out to an early 14-0 lead on their home floor and never looked back, coasting to an easy victory. Churchill built quarter leads of 16-6, 36-13 and 50-20 on the way to an impressive 65-26 triumph.

“It means so much and it has been one of my goals since I started playing basketball,” Churchill player Yemi Oladipo said after the game. “It feels so good to be with this hard-working team to officially meet one of the goals we all had.”

It also felt great to win bronze at Churchill.

“At first it felt like it wasn’t fair but now I look at it that it was a blessing to have all these supporters cheering us and in felt like home. It’s great to win at home.”

Oladipo struggled at the times in OFSAA tournament play with finding her shooting touch but her defensive intensity never wavered.

“I do love defence way more than offence and one thing I always tell myself is that if my shots aren’t falling just makes sure you play tough on defence.”

Her attention to detail on the defensive end of the floor has given Churchill head coach Frank Keltos the defensive stopper that every team needs.

“I take that as a compliment when coaches say that, It is a challenge but it all works out,” she said.

Keltos describes her as tenacious.

“She looks like she is a bully on the court but she is the sweetest kid in the world,” he said. “She is strong and she is a kid who plays hard and just loves to play.”

All that Oladipo needs to do in Keltos’ eyes is to keep developing.

“I have to develop more consistency with my shooting and confidence on the court,” she said.

The Bulldogs finished the season with only a single loss.

“It’s our work ethic and they way we all put so much energy into each practice and each game and we pick each other up when someone falls,” said Oladipo, a Grade 11 student said.

The 16-year-old is already excited what next season might bring for the Bulldogs.

“Our next goal is gold so we just have to cross our fingers and work even harder next year,” the Niagara Juel player said.

“I wasn’t sure what was going to happen but they played well, passed the ball and shot the ball well,” he said. “They came out and they wanted it.”

Like Oladipo, Keltos is excited about what lies ahead for his young and talented roster.

“I think we have learned a lot from these OFSAA games,” he said. “Megan (Barker) keeps saying she might come back and if she comes back we will hopefully be battling Cathedral again next year.”

Playing Cathedral Friday morning in the semifinals was a good barometer to see where Churchill is at in its progression.

“It hurt us not having competitive games but it’s knowing that you are never out of a game and that you have to keep working hard,” Keltos said. “Hard work pays off.”

He was thrilled with how smoothly OFSAA went considering Churchill stepped in at the last minute to make sure the championship was actually played.

“It was a lot of work but I am glad that it happened,” he said. “It would have been terrible to go undefeated and not know what you could have done.”

There were 55 volunteers helping to run the tournament, including junior and senior boys and junior girls basketball players and parents.

“Everyone said, ‘What do you need?’ and it was great.”

“They came our firing and hit their first five shots and we turned it over and got ourselves in a 20-point deficit at half,” Keltos said. “We had a run in the third but then we made a few more turnovers which ended our run.

“The girls played great and learned a lot from the result.”

Cat’s Caboose Player of the Game: Churchill’s Yemi Oladipo with a strong game on offence and defence. 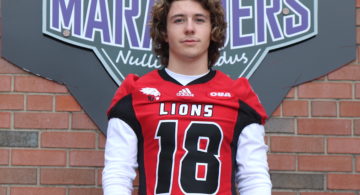 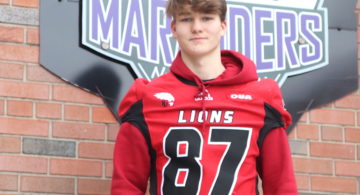 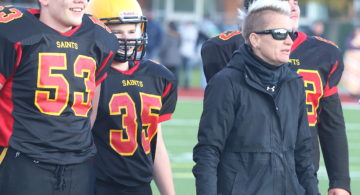