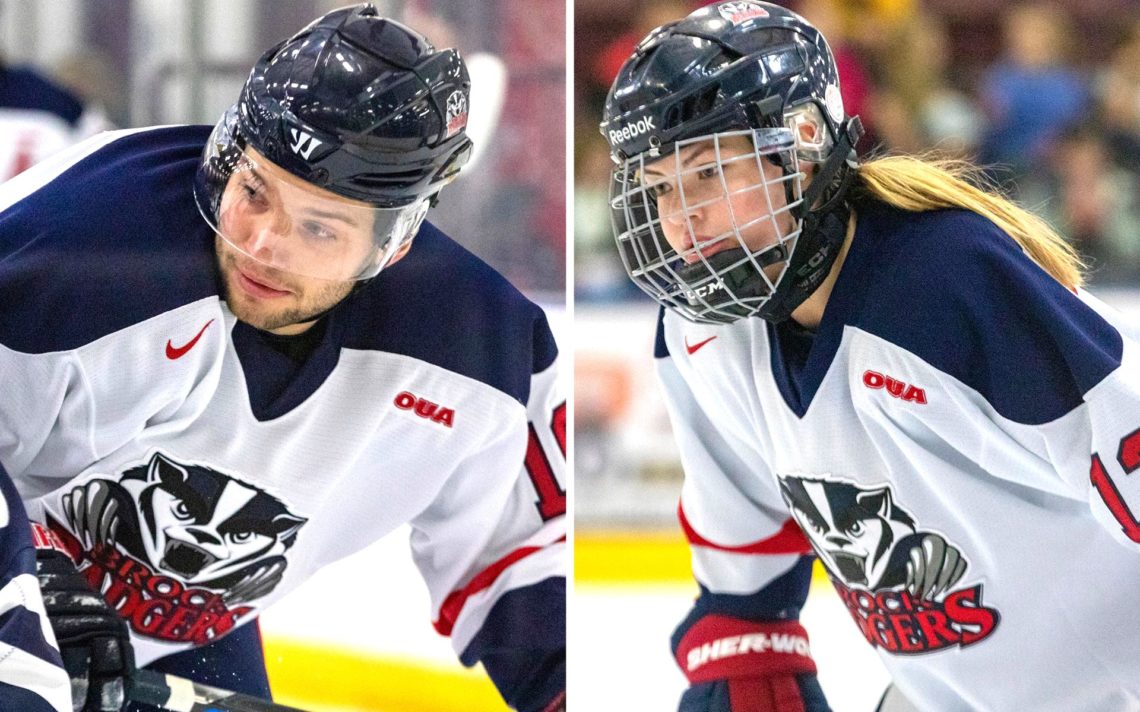 Maplethorpe contributed on every goal, including the game winner, during a 4-2 win over the Western Mustangs at home on Nov. 28. Maplethorpe scored two goals and two assists for a career-high, single-game performance. Maplethorpe is second on the Badgers in scoring with five goals and 10 points in 12 games.

Berg scored two goals and an assist in two games. Berg scored a goal and registered an assists during a 5-2 road victory over the Ryerson Rams on Nov. 28. The next night, he netted his team-leading seventh goal of the season during a 6-2 loss to the No. 4 Toronto Varsity Blues at home. Berg has three goals and four points in his last three games.

Melissa Tatti and Kristin Gallant each hit a free throw in the dying minutes to lift the women’s basketball team to an 82-80 victory over the McMaster Marauders in Hamilton on Friday.

Gallant snagged a critical offensive rebound to maintain possession as McMaster was desperate to drive down the court with less than 10 seconds remaining.

“We’ve been going so strong this year and we couldn’t stop that now,” Gallant said. “We made this game harder on ourselves by letting up a big lead. I wasn’t having the best game offensively and it was the least I could do to give my team the win. We’ve been improving so much and so many girls worked hard tonight, so we needed to pull through with a win.” 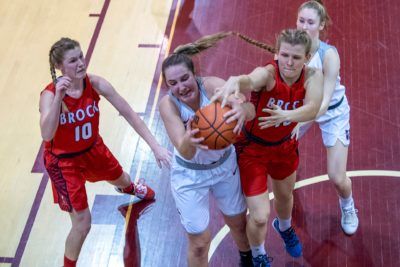 “We finally learned to close out a game,” head coach Mike Rao said. “We hung on to win. We had two good defensive stops and a massive rebound.”

Tatti posted a double-double with 18 points and 10 rebounds, including seven assists.

The Badgers led 44-36 at halftime, and led by as many as 15 points. McMaster eventually regained a small lead and held it for most of the fourth quarter.

The tide turned when Keltos and Jenneke Pilling made back-to-back three-point jump shots.

The Badgers head into the holiday break on a six-game win streak and begin a month-long break before returning to regular season action on Jan. 8 at York.

The Badgers will host the Humber Hawks of the OCAA on Friday, Dec. 27 at Bob Davis Gymnasium for an exhibition game at noon.

Brock’s next home game will be when they host the Toronto Varsity Blues during Paint the Meridian Red, an OUA regular season game at the Meridian Centre on Saturday, Jan. 11 at 6 p.m.

The men’s basketball team lost 81-64 to the McMaster Marauders on the road Friday.

The Badgers are now 5-5 as they enter the holiday break. McMaster improves to 7-2 and leads the OUA Central.

“It’s Year 1 of building a brand new culture and identity,” head coach Willy Manigat said. “We are making strides and our focus isn’t on wins and losses. Our guys are competing and fighting as we improve. We will continue to get better and take it one day at a time.” 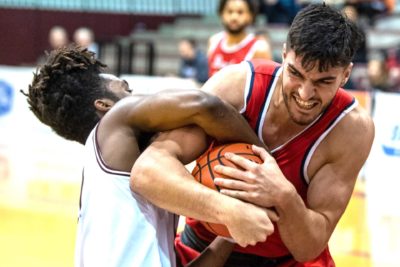 Tyler Brown led the Badgers’ attack with 22 points, six rebounds and four steals. Brock led for most of the first quarter before the Marauders pulled away.

Brock will break for the holidays and return to action on the road Jan. 8 versus the York Lions. The Badgers next home game takes place when they host the Toronto Varsity Blues on Saturday, Jan. 11 at 8 p.m. at the Meridian Centre.

The second leg of a back-to-back games have not been kind to the men’s hockey team.

The Badgers lost 6-2 to the No. 4 Toronto Varsity Blues at Seymour-Hannah Arena on Friday.

After a triumphant 5-2 road victory over the No. 8 Ryerson Rams last night, the Badgers couldn’t keep up with the Varsity Blues as they scored three unanswered goals in the second period.

“We played too loose in the second period,” head coach Marty Williamson said. “A little too much run and gun instead of playing a detailed, patient game.”

Brock is now 0-4 on the second leg of back-to-back games. 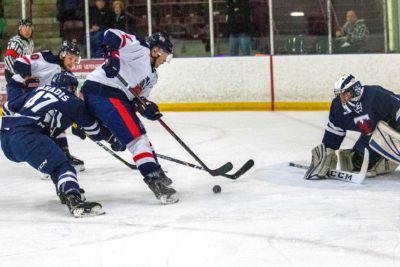 “Back-to-backs can be tough, but we need to be mentally strong,” Williamson added.

Thursday, the Badgers turned in a solid effort to top the Rams.

The Badgers lost 2-1 to the Rams in their previous game on Nov. 23.

“Our mindset going into tonight was that we did a lot of good things last week against them,” captain Connor Walters said. “We felt very good about our chances to win if we did that again for 60 minutes. We remained confident after last game, but this time we got the result we wanted.”

Brock received goals from five skaters as Walters got the ball rolling at 3:44 of the first period. Berg and Tyler Rollo each added goals as the Badgers skated away with a 3-2 lead in opening frame.

Jared Marino and Fontana each punched in goals to seal the deal for the Badgers. Frankie Pucci posted two assists.

Cavaliere made 23 saves in between the posts for the win.

The Badgers (10-6-1) enter the holiday break fourth in the OUA West and return to action on home ice when they host the Ryerson Rams on Thursday, Jan. 2 at Seymour-Hannah Arena.

Cassidy Maplethorpe scored two goals and added two assists as the women’s hockey team got by the Western Mustangs 4-2 at Seymour-Hannah Arena on Nov. 28.

Goaltender Jensen Murphy made 31 saves to backstop the Badgers to their third consecutive win.

Head coach Margot Page said Maplethorpe, who now leads the Badgers in goals with five goals, possesses a dangerous combination of skill and hockey IQ, and always seems to be at the centre of play when she’s on the ice.

“Cass is an extremely smart player with skill to match,” Page said. “If she gets into trouble by trying to do too much then she always finds a way to recover well.”

Maplethorpe’s goal at the end of the first period stood as the game winner.

She’s second on the team in scoring with 10 points in 12 games, and is on pace to eclipse her rookie campaign of 12 points during the 2018-19 season.

“I’m a playmaker,” Maplethorpe said. “I like having the puck on my stick, so I can control the game.”

Maplethorpe recorded the first assist on both power-play goals by Emma Irwin and Annie Berg just 20 seconds apart midway through the first period.

The Mustangs pulled goalie Carmen Lasis in a desperate attempt to tie the game, yet Maplethorpe made them pay by cashing in an empty-net goal with less than 20 seconds remaining.

The Badgers (6-6) were scheduled to finish the first half of the OUA regular season in Toronto versus the Varsity Blues on Dec. 1, however that game was postponed due to inclement weather. 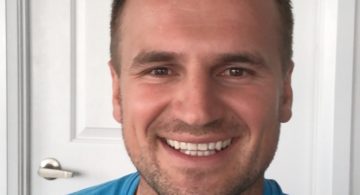 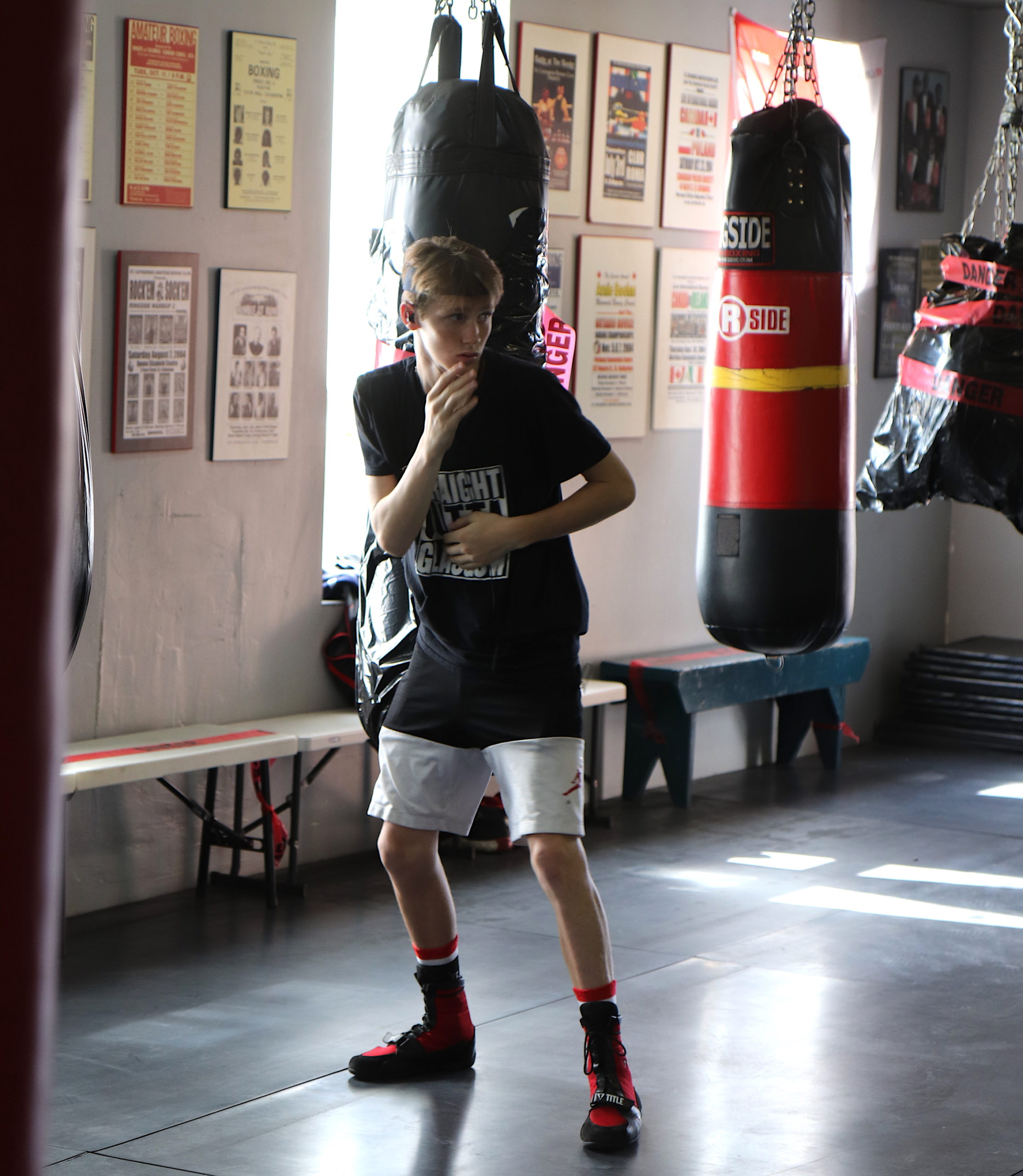 Boxing club back into the swing of things 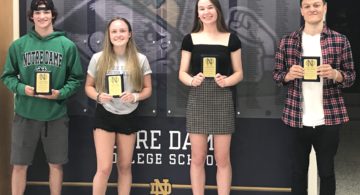