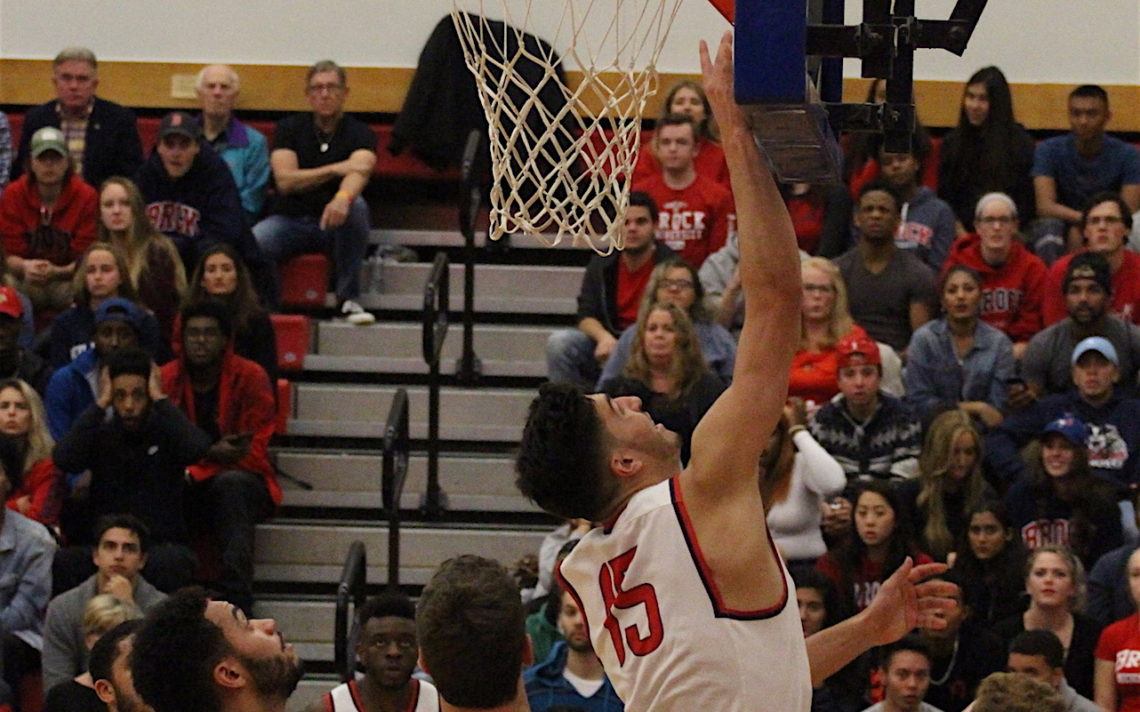 The second-ranked Brock men’s basketball team improved to 4-0 in Ontario University Athletics action with a pair of road victories over previously unbeaten squads.

“I was really happy with the way the weekend went,” Brock head coach Charles Kissi said. “I loved the way we played on both nights in terms of the grit and resiliency we showed.”

Kissi pointed to a total team effort in the wins.

“I was really proud of our bench for giving us great minutes and our seniors playing like seniors,” he said.

Kissi felt his squad was well prepared for the weekend.

“It’s always tough to win on the road, especially on the second night, but our guys were great and never stumbled even when they were getting the other team’s best.”

Brock is at seventh-ranked Ryerson (1-1) Wednesday and Toronto (2-1) Friday. Ryerson is coming off a 62-59 upset loss at the hands of Western.

“Despite 20 turnovers in the first half versus York, we were only down by two,” Brock head coach Ashley MacSporran said. “We had a chance to throw out that half and come back and dictate our terms.

“Unfortunately, the team was unable to be the aggressors we were last week.”

MacSporran continues to emphasize the controllable factors such as tone, tempo and hustle plays which lead to offensive rebounds, turnovers and execution on offence.

“We failed all of this Friday,” she said, adding Brock grabbed only six offensive rebounds after averaging 20 in the squad’s first two games.

“It shows how much we control our fate in winnable games,” she said. “We have to dictate that on the road more than anywhere else.”

After defeating McMaster, Queen’s went into its game versus Brock on a roll. Brock’s plan was to keep outside of the paint and make them score from outside. Queen’s shot 3-25 from outside but the Badgers surrendered 27 offensive rebounds.

“It was the tone again — how we play — that was the issue,” MacSporran said. “We missed five transition layups to start the game.”

Rookie Gallant was outstanding versus Queen’s with 23 points and nine rebounds while Stephanie Findlay had six points and six boards.

“She (Gallant) showed true character and never quit,” MacSporran said. “She made me want to put on a uniform and play with her because she has such tenacious competitive fire.

“I hope it becomes infectious and the rest of the team can catch that fire.”

MacSporran knows it is a long season and her team will lose games.

“It is how we lost these two games that has to change and the team understands and takes full responsibility for it,” she said. “We can be successful when we approach each game (by) controlling the little things and competing hard.”

“We look forward to playing Ryerson in its equivalent of the Meridian Centre,” she said. “Having our fans on the road should dictate our tone and remind this young team what we fight for.”