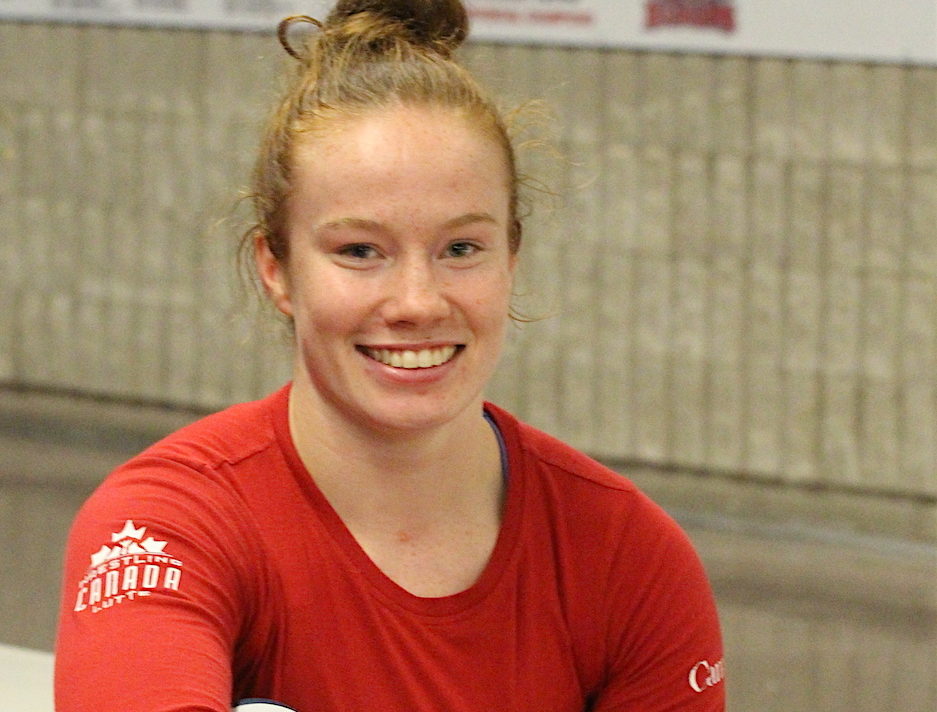 Heading into the Commonwealth Games trials in Burnaby, B.C., last weekend , Brock wrestling coach Marty Calder wasn’t expecting five of his wrestlers to qualify for next year’s Games in Australia.

“I think I underestimated my team,” he said. “I heard that number from one of the coaches in a quiet conversation prior to the tournament and I thought no.”

What was most gratifying to Calder was that many of Brock Wrestling Club’s younger athletes had strong performances at the trials.

“That gives me confidence that we have time on our hands and the experiences are really going to help these young kids.”

One of those young kids, 21-year-old Sarnia native Emily Schaefer, ending up winning the 57-kilogram division, defeating teammate Hannah Taylor 1-1 in the final (the wrestler who scores last is awarded the win) after two victories by pins.

“She was awesome,” Calder said of Schaefer, who had been battling a back injury heading into the event.

“I told her she could win it and it ended up there were two kids, Emily and Hannah, in the final,” Calder said.

He saw development in her as the tournament progressed.

“I could almost see her game changing,” he said. “She’s a very cerebral and articulate kind of athlete and she really put it together.”

“Representing Canada is a really big honour because there’s a lot of amazing wrestlers in Canada,” Schaefer said. “To be among them is an incredible experience.”

Wearing Canadian colours will never grow old for any athlete who has that opportunity.

“It’s always a new and different experience,” she said.

Schaefer admits that it took a little while for it to sink in that she had just booked passage to the Commonwealth Games.

“I wasn’t expecting it,” she said. “Afterwards Marty said that he had told me I could do it and I know I should have listened to him.

“But I wasn’t sure and looking at all the accomplished people I am going with, it seems kind of crazy. It’s a little shocking.”

The Commonwealth Games will have a comfortable feel to it as she will be sharing the journey with fellow Brock wrestlers Jessie MacDonald (50 kilograms), Diana Weicker (53 kilograms), Michelle Fazzari (62 kilograms) and Jevon Balfour (74 kilograms).

“Every day I am in this room training and competing with my teammates so to be able to go with them brings a sense of normalcy that will help me stay calm on the day of,” she said. “I just have to look at it that we do it every day in practice and it doesn’t have to be any different because it’s a bigger venue.”

Schaefer laughed when it was suggested she might want to buy Fazzari plenty of chicken wings to help keep her at the 62-kilogram weight class.

‘Wherever she wants to be and be successful at, we’ll just keep training,” she said. “We take it one tournament and one year at a time.”

Schafer can’t wait for the Games.

“This is the biggest tournament I’ve ever been to and this is only my second year as a senior athlete,” Schaefer said. “It will be a lot higher competition, the opening and closing ceremonies will be really cool and it will be nice to watch other sports and Canadian athletes.”

Now in her fourth year in the ultra-competitive Brock wrestling room, Schaefer is a much different athlete from when she first arrived.

“If I hadn’t come to Brock, I wouldn’t be where I am now,” she said. “It’s the combination of high-calibre coaches and teammates. To be able to wrestle every day with Olympians and world champions, you learn so much, so fast and you are continually growing.”

She is mentally, physically and technically stronger, but she’s far from a finished product.

“It’s going to big tournaments like the Commonwealth Games that will be such learning experiences,” she said. “Obviously, I want to do well, but wrestling against high-level athletes is what I need to keep growing as a wrestler.”

Next year’s trip to Australia will help that process.

“Going to the Commonwealth Game is a big step up and it’s a huge opportunity for her,” Calder said.

Schaefer is aiming high Down Under.

“We go to win,” she said. “I want to go there and compete well. We train three times a day and I want to go with that under my belt. I’m not shying away from anything.”

Calder describes the Commonwealth Games as having more depth than the Pan Am Games, but missing the top wrestlers from Cuba and the United States. India and Nigeria have excellent wrestlers and other solid athletes can be found in England, Cypress and South Africa.

“It’s a top-level competition and it helps you prepare for the biggies like the Olympics and world championships,” Calder said.